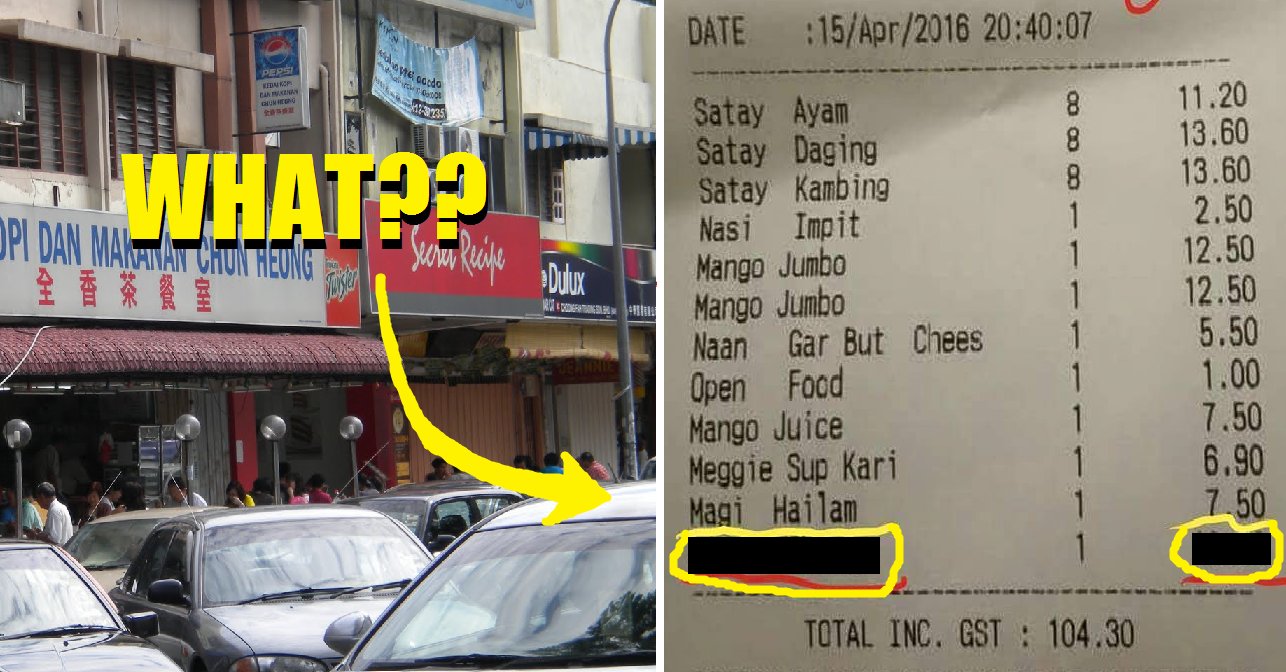 An image published to Facebook has been making rounds as people were surprised to see what’s been charged on the receipt.

Found on Facebook page, Note to Self, the image of a receipt was captured by shocked patrons after dining at a particular restaurant in Lucky Garden, Bangsar.

The person who posted the picture courteously edited the restaurant name out. Though I think it won’t be too hard to find out which mamak it is in Lucky Garden, Bangsar.

The seemingly normal receipt that listed satays, naan, maggi and other mamak dishes also included air-conditioning charges. And it’s for RM10 per dine-in!

Netizens that saw the bill had their eyes wide open, wondering if it’s alright to charge for air-conditioning. The extra charge does seem like a rip-off.

Some users commented that perhaps it was a private room and said there’s a need for more back story before anyone can really judge.

“If customer requested an air-conditioned/private room, some times some places do charge extra. Please give full details first so we get the real picture.” Farhan wrote.

While others who were more familiar with the area said that it’s old news that the restaurant has been charging for their air-conditioning.

Either way, maybe this particular restaurant isn’t such a good idea to escape the Malaysian heat after all.