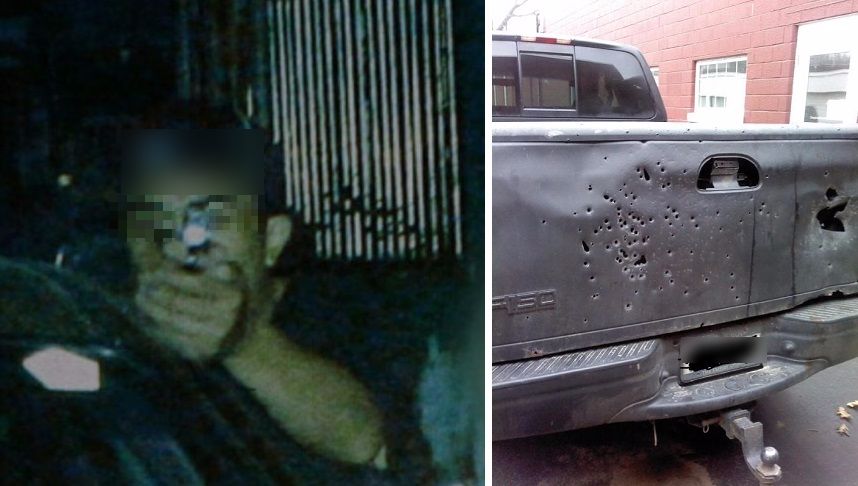 Adding to the unsettling, chain of events involving gun violence, another shooting took place at Batu Pahat, Johor on the 11th of July.

The Star has reported that a 40-year old businessman only known as Cheng, had a close encounter with death when he was shot by 2 gunmen in front of his house.

Cheng, who owns a mini market in Bagan, Semerah, was en route home with his assistant around 10 pm after closing his shop, when he realised he was being followed.

Batu Pahat OCPD Asst Comm Abdul Wahid Musa told the paper that the victim became aware that he was being tailed by a Perodua Myvi upon reaching the junction near his residence.

Once they reached home, one of the man emerged from the vehicle behind Cheng, who was still in his Mitsubishi Triton and started firing several shots at him.

In an attempt to quickly defend himself, Cheng reversed his pickup truck into the gunmen’s car and crashed into them. Shocked by the impact, the gunmen immediately drove away from the scene.

Two of his neighbour’s cars were damaged during this ordeal and he sustained minor wounds to his right arm and chest – where the bullets have grazed him.

“Investigations were ongoing for attempted murder and the victim was sent to Hospital Putra Batu Pahat for treatment,” says ACP Abdul Wahid.

Meanwhile, an unnamed neighbour who heard the incident actually thought the gunshots were fireworks.

That’s a rather deadly display of fireworks, if you ask me.

On recent shootings in Malaysia: Family of Four Shot Dead in Penang, Including a 2 Year Old 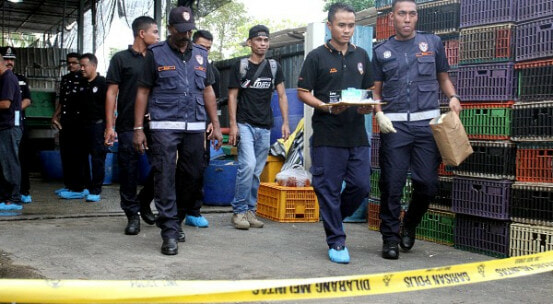