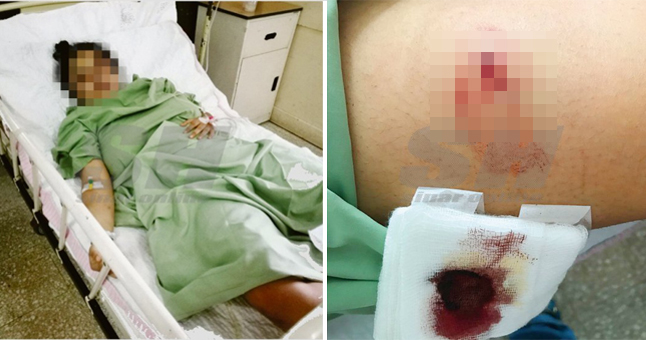 Break-ups can get ugly if it doesn’t end on good terms with both parties.

A lady who is currently enrolled in a master’s degree program in a public university in Selangor was tortured by her ex-boyfriend for 3 days.

She was locked up in a house in Ampang, Selangor without food. 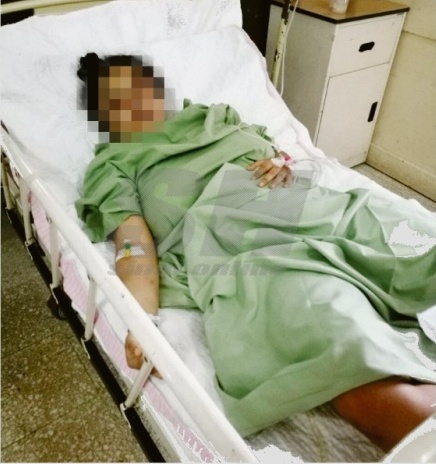 Sara (not her real name) had broken up with him long ago and he had since engaged with another girl. However, the engagement was broke off in February and he came back to haunt her.

According to Sara, on 25 November, her ex-boyfriend whom she had known for 10 years came to her place in Ampang at 5am. He who was also allegedly a policeman broke in to the house after she refused to open the door. They got into a heated argument until 8am.

“He accused me of bringing a guy home, so I asked him to check my room. After failing to find any evidence, he became calm and asked me to follow him to his car at 8am,” said Sara.

He made Sara follow him to his car. At the parking lot, she raised her voice as they had another quarrel.

“Because of that, he dragged me into the car and beat me up. I tried to fight back but he pointed a knife at my stomach. I had to keep quiet,” said Sara.

She was brought to the ex-boyfriend’s rented house in Klang. After he had beaten her up some more, she was locked inside the room all night. On the next day (Saturday), the guy came back and chatted with her as if nothing had happened.

However, after he had found out that Sara contacted her friend for help, he stabbed her left and right shoulder with a knife. 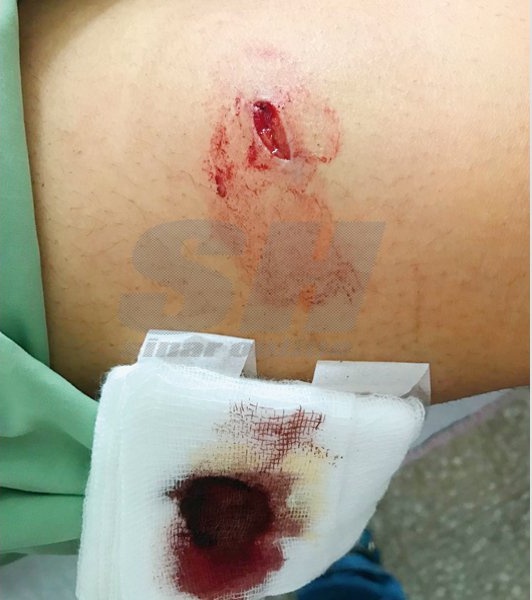 “He then handcuffed my hand and threatened to kill me. I was in great pain and couldn’t do anything. I was force fed with fabric softener and he sprayed insecticide on my face” said Sara.

According to Sinar Harian, Sara was stabbed for a total of 5 times on both of her shoulders, both thighs and left knee. The injuries had made her immobile. She could only sit and watch as her blood covered the floor.

“During the confinement, I overheard a conversation between him and his friend. They planned to murder me and throw me into Klang river to dispose my body,” said Sara.

On Sunday night, Sara begged the guy to bring her to hospital because she was bleeding out and in great pain.

“Initially, I was brought to a private hospital but later transferred to Hospital Klang because he couldn’t afford the bills,” said Sara.

When her family arrived at the hospital, she told them everything. On Tuesday, she was on her way back to Kedah and subsequently sent to Hospital Sultanah Bahiyah, Alor Setar for an eye surgery, Sinar Harian reported.

Recalling her past, she was beaten up by the ex-boyfriend in 2009 but she retracted her police report because she pitied him.

Sara really should not had gone soft on him. Regardless, the man should have been brought down. Hopefully there are no other victims that had to suffer under his bewilderment.