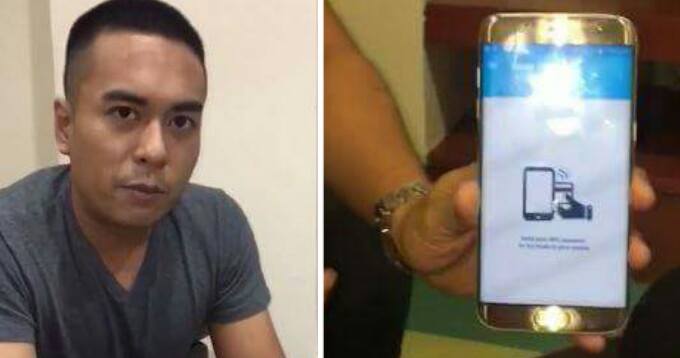 Back in December 2016, Malaysians were all clamoring into their respective banks to change their debit card to the latest Pin-based ones.

These new cards are apparently safer as stated by Bank Negara, as cards would not be easily stolen and used anymore since the thief will need the correct pin for a purchase.

However, a recent post on Facebook by Hajar Majid went viral as it showed just how vulnerable the new Pin-based cards are.

In the video, a man is seen using a phone to scan information out of the Pin-based debit card. ANYONE can do it – even you and me!

In the video, the guy says, “This is the credit card reader app”.

“All you gotta do is put your phone on the card… and all the details, transactions, and logs can be emailed or whatsapped to anybody.”

So, apparently there are multiple apps which can do this and they are all available on the Google Play Store or App Store for free.

This is due to the new ‘Paywave’ system on the latest debit cards. The ‘Paywave’ function allows cardholders to simply wave their card at payment scanners and the scanner will pick up the information.

This is an advancement from the old fashioned way of slotting the card into the scanner and waiting for the information to load.

So to curb this issue, a special card sleeve has been made. The card sleeve blocks any kind of signal between the card and scanners.

Alternatively, citizens can simply turn off the ‘Paywave’ function at the bank.

However, it’s unconfirmed whether the app really functions as such, or is only used for card validation purposes. In any case, it is highlighted that the reader wouldn’t be able to detect the CVV number – so you don’t have to be too worry guys!