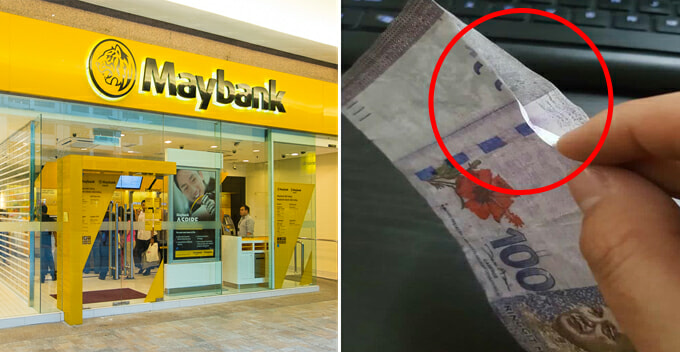 The last thing anyone expects from a bank are fake note. Unfortunately, this was what a Malaysian man allegedly received.

Just yesterday, a netizen, Keol Gan claimed that he received a fake RM100 note when he received money at the counter in Maybank Taman Desa branch. 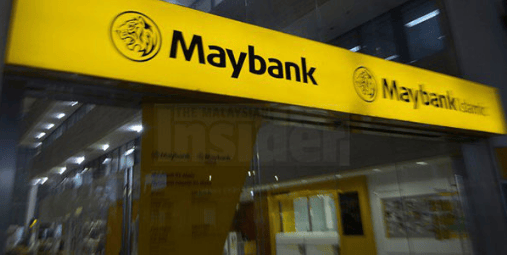 According to Gan, he went down to an ATM to deposit the money which he withdraw over the counter. However, the machine kept rejecting that one piece of fake note. He didn’t think too much about it as it’s common for ATM to reject notes.

He only found out about the fake note later that night when he checked the note.

“It was so embarrassing, I was almost caught by the people,” said Gan.

The fake RM100 note looks exactly like a real one except it can be torn open in the middle. 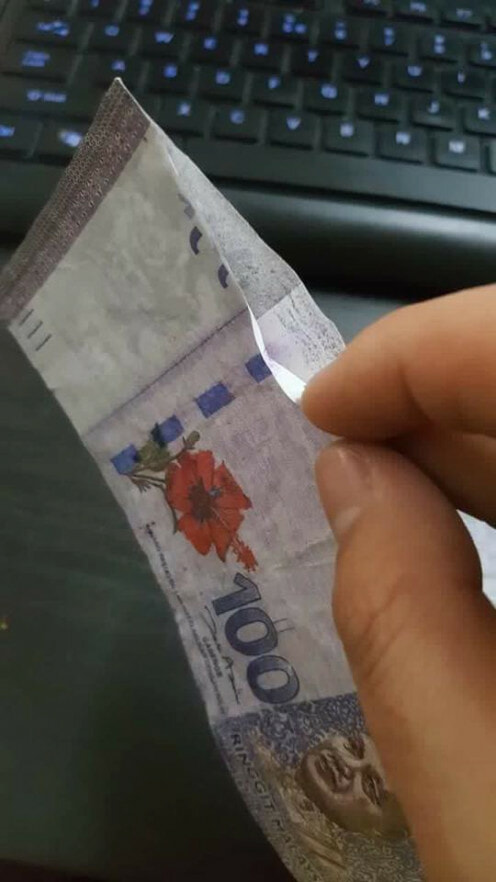 After the shocking discovery, Gan said he contacted the official Maybank page but was asked to refer back to the branch where he withdrew the money.

“When I checked with the Maybank branch, they said I have no evidence to prove that the fake note was dispensed by them. Therefore they can’t help me,” said Gan.

Netizens were shocked by the discovery and poured in their opinion.

“You should lodge a police report saying that you got it from Maybank. The police should take action,” said a netizen.

“I received a fake note from OCBC bank once. I brought it back and after confirming that I had withdraw money from there, the bank exchanged the note for me. No question asked,” another netizen commented.

Gan posted this on social media to remind other Malaysians to check their notes before leaving the counter. The post went viral and was shared over 3,700 times in 3 hours.

World Of Buzz can’t confirm if the man indeed received the RM100 note from Maybank, but just be careful and check your big notes guys!