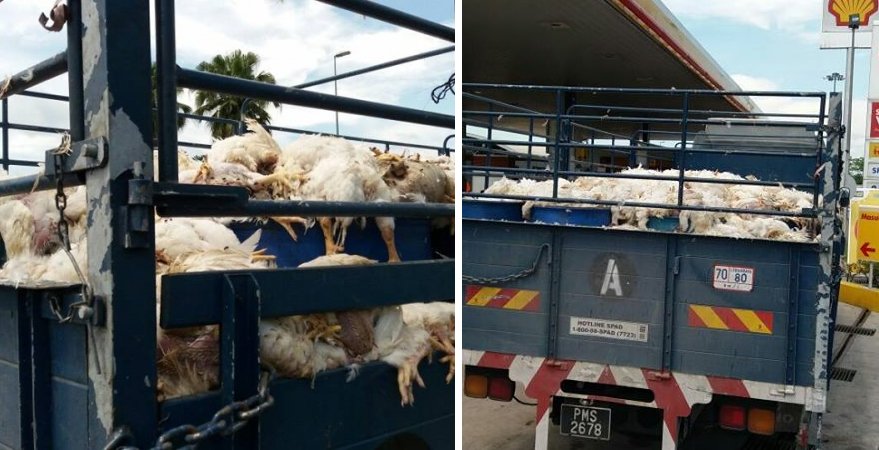 Would you buy a chicken if it’s already dead? Probably not because you wouldn’t know what was the cause of its death.

Recently, a picture of a lorry loaded with dead chickens has been making rounds on social media. It has sparked curiosity amongst netizens as to why would anyone buy dead chickens in bulks. Worse still, what are they gonna do with the dead chickens?

According to Sinchew, the lorry was registered in Penang based on its number plate and was driven by a Chinese. It stopped at a Shell gas station, presumably to refuel.

Netizen, Ariff Adam Mohd Rafi who was shocked by the sheer amount of dead chickens quickly took a picture and posted on Facebook. 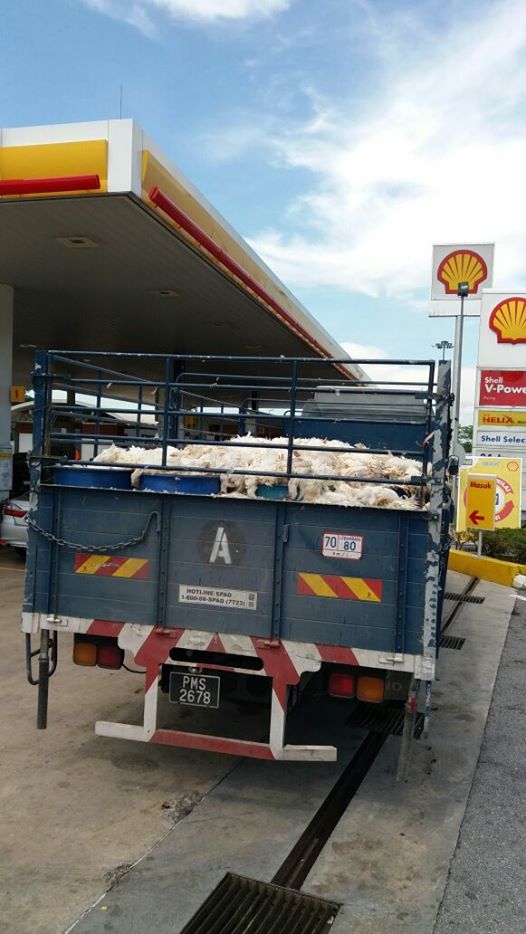 According to a voice recording disclosed by Nan Yang Siang Pau, a man whom presumably confronted the Chinese lorry driver told the reporter:

“The Chinese driver asked us to go ahead and complain to the authority. He said we can complain to whomever we want. He’s fine with it because his boss can settle it. Whenever there’s dead chicken, they would buy and transport it like this. JPJ also never once disturb them.”

Netizens speculated that these chickens are to be lelong for RM2 per bird, and many restaurants selling chicken rice are willing to buy them since it’s cheaper than market price.

UPDATE: According to The Star, Fisheries Research Institute research officer Chuah Hean Peng came to shed some light on the matter. He said:

“The carcasses are being sent to catfish farms. They will be sanitised in huge pressure cookers before being used as farm-made feed.”

He continued by saying that this was the method in creating catfish feed prior to commercial feeds becoming available from the 1980s.

“Catfish are natural carrion eaters but the Fisheries Department encourages catfish farmers to use commercial pellets instead of cheaper farm-made feed,” he added.

Ah well, at least we can put this X-Files case to rest.