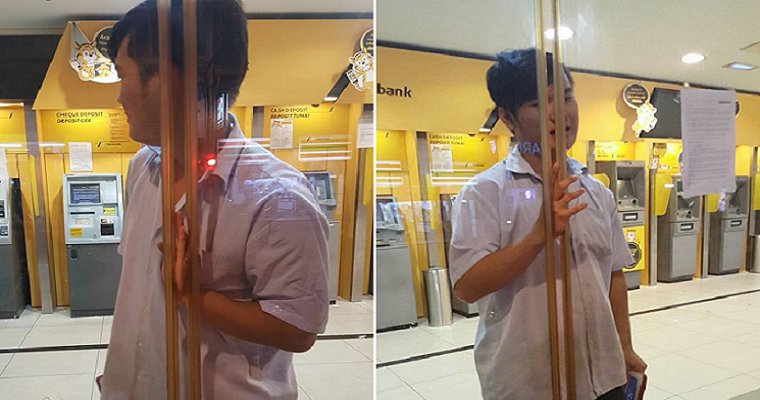 It is common knowledge in Malaysia that most banking systems will refresh every night at 12am and that includes the banking machines as well. So you should perform any transactions before the clock strikes 12!

However, bet you didn’t know that the automatic sliding doors that some banks have also lock automatically at midnight. This poor guy learnt this the hard way when he got stuck inside the bank after he had just finished his transaction and couldn’t get out.

His girlfriend posted photos of him trapped inside the bank in Seremban, which tickled netizens when they saw it. She wrote, “I don’t know whether to laugh or cry. My boyfriend went in for less than 5 minutes but now he’s stuck inside plus there doesn’t seem to be any security guard nearby. Looks like I have to call the firefighters to come!”

The photos showed her boyfriend trying to push the doors open but they only managed to create a small gap that could only fit his hand. Perhaps they could hold hands while waiting? Netizens who saw the photos couldn’t help but laugh at his predicament and one of them actually said, “Of course the door is locked. He needs to shout ‘open sesame’ to open the door.” 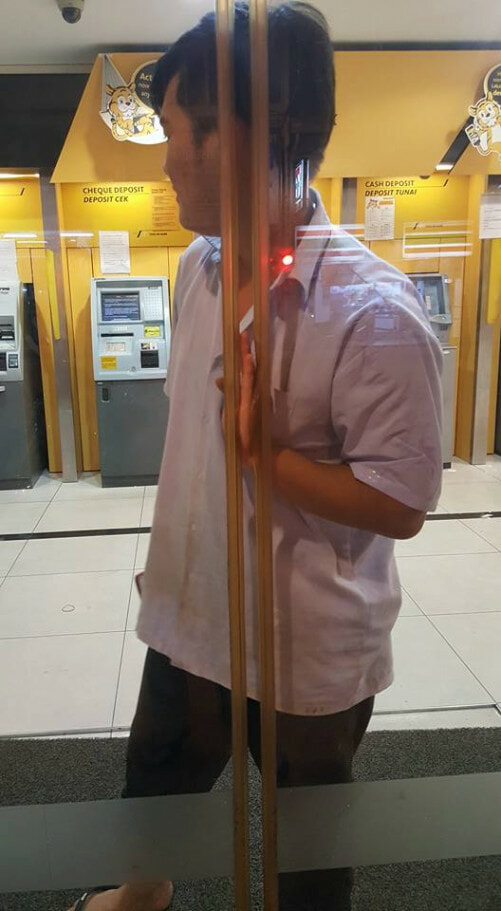 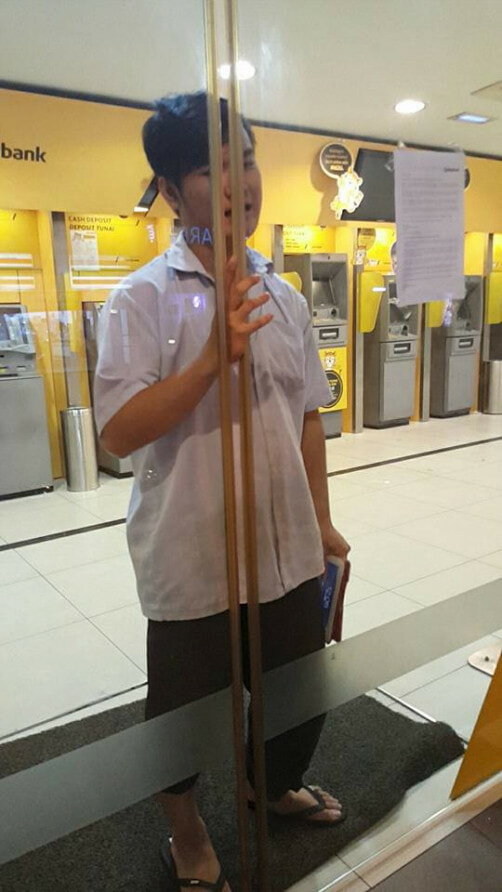 Others said that she should just let him sleep there to enjoy the free air-conditioning and pick him up tomorrow. Apparently, he’s not the first one who got trapped before as other users who experienced the same thing said that there is actually a door release switch he could press. But his girlfriend replied, “He has already tried that, but it doesn’t work. We tried pushing the door together as well and looking for a security guard but there isn’t any!”

Of course, this begs the question of how he got trapped in the first place. His girlfriend explains that apparently, she was waiting in the car for him as he went to the bank to deposit money but after a long while, he still did not come out.

She said, “He gave me a call and said he couldn’t come out. I thought he was joking so I went over to take a look. He kept saying that he couldn’t get out. There was an uncle nearby who helped us push open the doors, which he did while laughing the whole time, but it still wouldn’t open.”

Luckily, the couple were reunited after being separated by the merciless glass doors when the girlfriend called the security company’s number she found there. “When I managed to get through, even the staff who answered the phone was amused by my boyfriend’s predicament but said he would help us open the door. After that, the doors were activated and they opened for my boyfriend to exit.”

Guess the lovers were finally reunited after that amusing ordeal and now we know that we should always leave the bank before 12am! 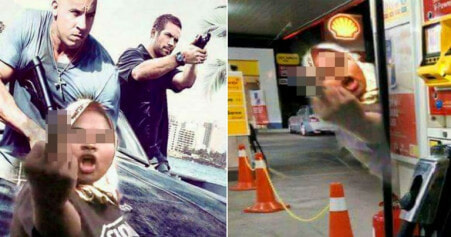