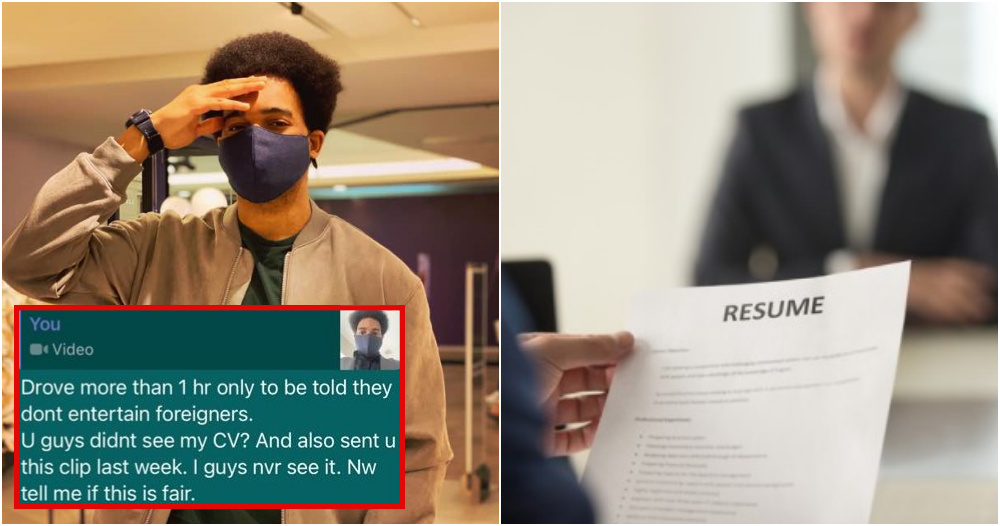 The Malaysian branch of a well-known insurance brand has come under fire for racial discrimination after one of their staff members allegedly rejected a foreign man who came in for a job interview.

Benice Chibundu Nkpokiti, 23, shared his unfortunate experience on his Instagram. Benice, who is Nigerian but has been in Malaysia for almost 6 years now, shared his story about how he got shooed out of an interview after they found out he was a foreigner.

“I was called in for an interview with Allianz after posting up my resume and CV through a job application platform,” he explained. 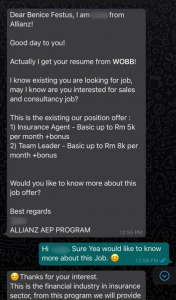 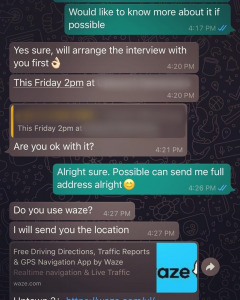 When the day of the interview arrived, Benice rented a car and drove for more than 1 hour and 30 minutes to reach the location.

“I did not have any breakfast as I was so excited. It was the first time after 6 years I was being called in for an interview,” he said.

As he went inside, he was told to take a seat in the waiting room. The next thing that happened took Benice by surprise.

The person who was supposed to interview him came and said rather rudely “Who are you? What are you doing here?”

Benice remained calm and politely answer her saying “Hi, good morning. I was told to come here and wait for my interview.”

To which she replied, “We do not take foreigners. We barely employ Indians also.”

“I was shocked. I had to quickly get my phone out to start recording as proof so that people would not think it is just a story. She noticed it and tried to be polite but still said what she said,” Benice explains.

“I was confused about how she could say such a thing with such confidence. And as you can see in the video, I kept my cool and even explained to her that it was already stated in my CV that I am a foreigner. I even sent them a clip on WhatsApp prior to the interview so they could clearly see me as well,” he added on.

Benice dropped them a message after leaving the place explaining how disappointed he is that this had happened. 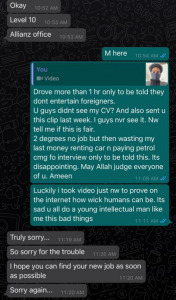 Benice finished secondary school at the age of 14. He completed his degree in Nursing and has also completed his Bachelor’s in Business Admin. He will be continuing his Masters next January. He is a bright student who graduated with excellent grades and has also worked as a nurse here in Malaysia.

“I was a registered nurse and have helped Malaysia citizens a lot. I can even speak Malay very fluently,” he said.

From this experience, Benice said he is extremely upset and disappointed.

“I risked myself during this Covid-19 to go for the interview and spent money on transportation only to be turned away because I am a foreigner. It really hurts. I can’t even eat or leave my room. It’s so sad and it is giving me suicidal thoughts,” he said.

He continued to add, “To my Malaysian friends, especially those who claim they like me, this is your chance to end racism. Life isn’t fair to black people and Indians.”

In a statement released to World of Buzz, Allianz Malaysia Berhad said they deeply regret the incident and that they do practice inclusive hiring and fair employment. 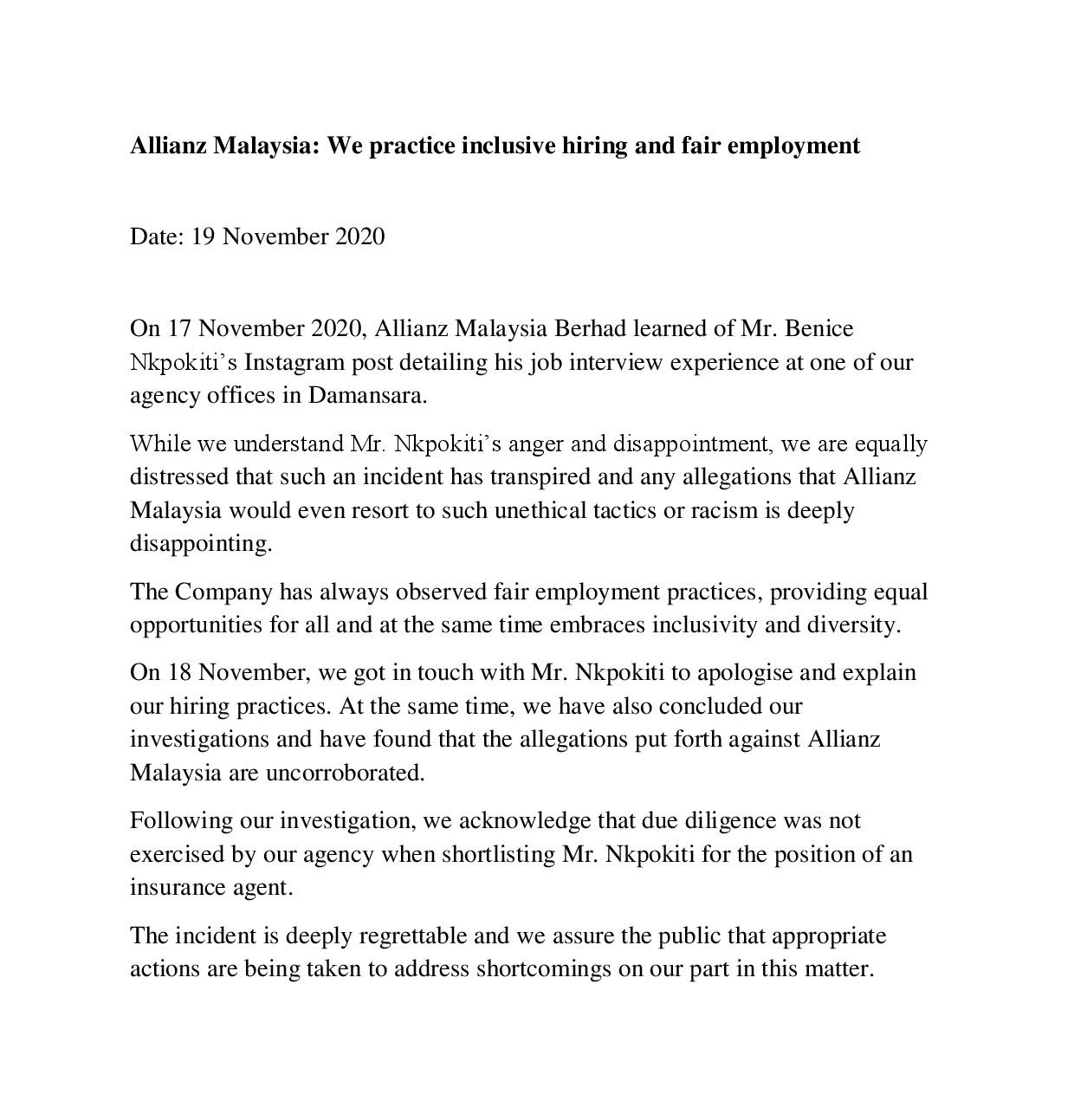 “While we understand Mr. Nkpokiti’s anger and disappointment, we are equally distressed that such an incident has transpired and any allegations that Allianz Malaysia would even resort to such unethical tactics or racism is deeply disappointing,” Allianz Malaysia Berhad said.

“On 18 November, we got in touch with Mr. Nkpokiti to apologise and explain our hiring practices. At the same time, we have also concluded our investigations and have found that the allegations put forth against Allianz Malaysia are uncorroborated. We acknowledge that due diligence was not exercised by our agency when shortlisting Mr. Nkpokiti for the position of an insurance agent,” they added on.

Allianz Malaysia Berhad said the company has always observed fair employment practices and believe in providing equal opportunities for all.

“The incident is deeply regrettable and we assure the public that appropriate actions are being taken to address shortcomings on our part in this matter,” Allianz Malaysia Berhad added. 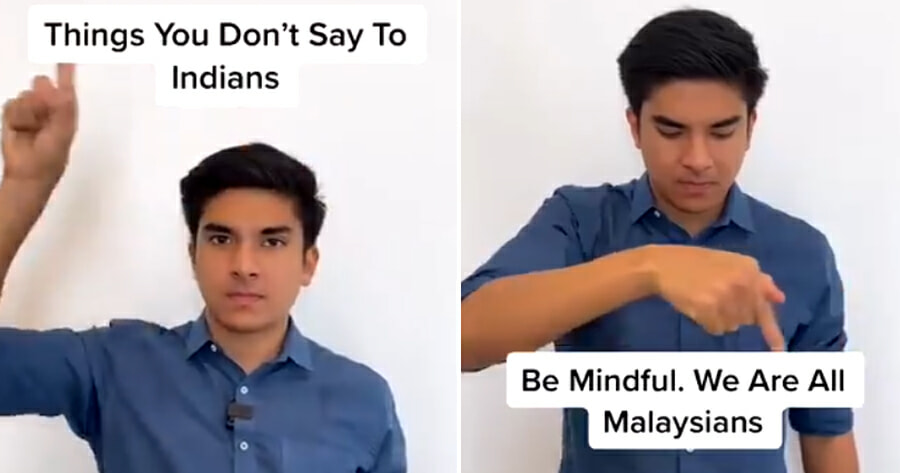