Zulkiflee Anwar Haque, better known as Zunar is a femes local cartoonist. He is well known for causing controversy with his political cartoons.

Recently, he held a public showing of some of his work at Komtar, Penang a few days ago. The art displayed poked fun and highlighted the recent scandals that plagued the nation such as 1MDB and GST. 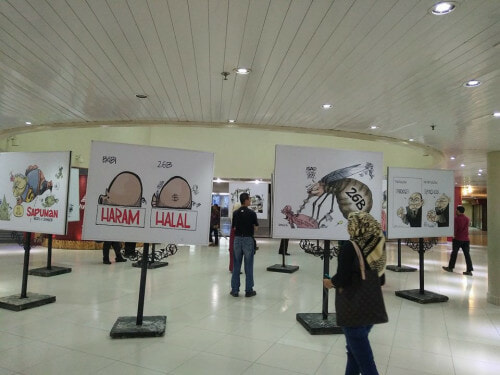 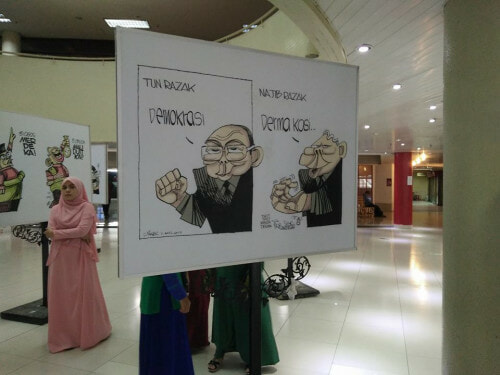 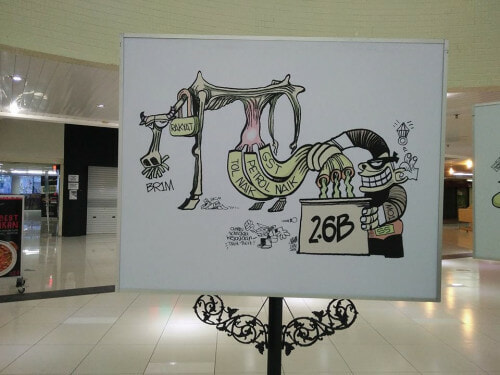 This naturally did not sit well with some folk as almost 50 people descended upon Komtar to confront Zunar. They demanded that he tear down his drawings and leave the building.

They also questioned why Zunar would organize an exhibition that tarnishes the image of the country and of the Prime Minister Najib Razak and his policies. 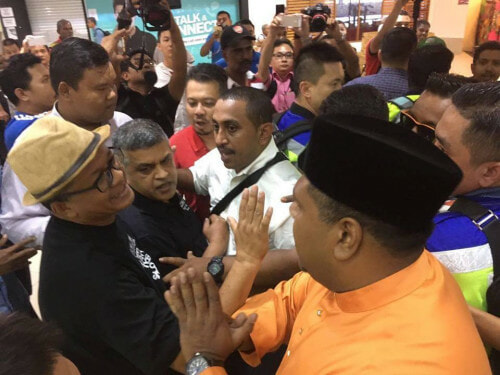 You can imagine such a statement did not sit well with the increasingly rowdy gang, who began hurling insults and shouting in Komtar. It got so bad that the Federal Reserve Unit (FRU) had to be called in.

The police who arrived not too long after escorted Zunar out whilst the organiser removed the cartoons for reasons of maintaining order and safety. 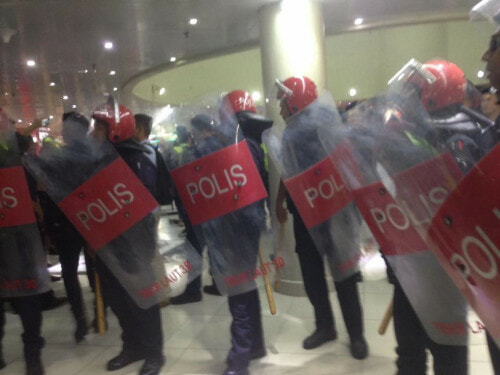 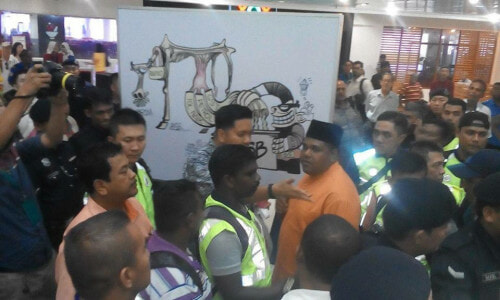 He was arrested under Section 504 of the Penal Code for intentional insult with intent to provoke a breach of the peace. Basically like “Sedition Act” la!

However as of the time of writing they have not yet managed to secure a remand order from the courts, it is likely he’ll be released in a few hours.