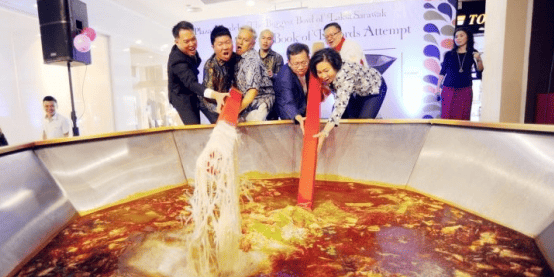 Plaza Merdeka Shopping Centre in Sarawak has set itself in the Malaysia Book of Records after making ‘Biggest Bowl of Sarawak Laksa’.

The huge bowl of laksa was equivalent to about 1,500 bowls and took 15 cooks over 18 hours to make. 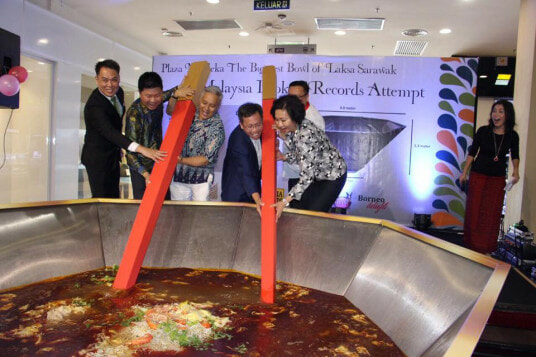 However, after setting the record, the whole content was binned for ‘being unhealthy’ for human consumption.

“It will all be thrown away because it is unhealthy for human consumption,” event organiser Sim told The Borneo Post.

The bowl measuring 1.3 metres deep and 3.1 metres wide contained a huge amount of ingredients to set the records, including 100kg of Sarawak laksa paste, 225kg of rice noodles, 90kg of prawns, 1,008 eggs, 90kg of bean sprouts, and 80kg of chicken. 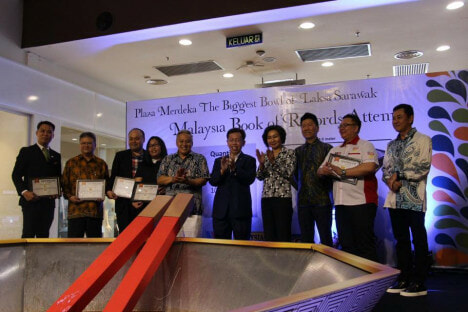 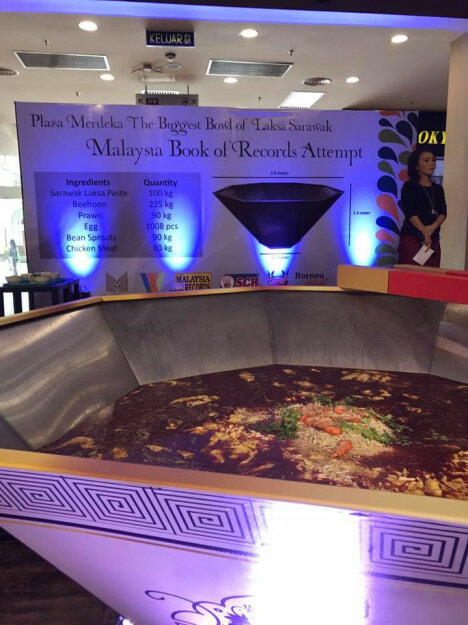 After seeing the event on Facebook, secondary school teacher Michael Law had a hunch that all the food will have been thrown out. Unfortunately, he was right.

“I saw the function on the Facebook page and called to confirm whether the enormous amount of food was being wasted just to enter the book of records. When it was confirmed, I felt very sad.

“I feel that the minister, who was officiating at the function, should have known what he was doing. He missed the chance to educate the organisers and the public of the good values of not wasting food,” he was quoted saying. 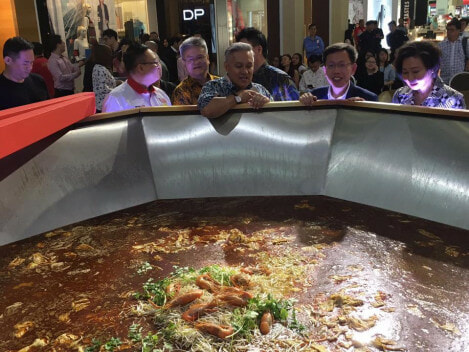 Netizens were in a fury as the food could’ve been distributed to needy people, while many others called out the organisers for the terrible planning.

“If you’re doing this just to set a record, then should’ve thought about what you’re going to do with the food too. Not just simply throw it!” one wrote.

“Please explain this? After that just throw away the food? Why not donate it to the children in orphanage who can only dream of laksa?” another commented.