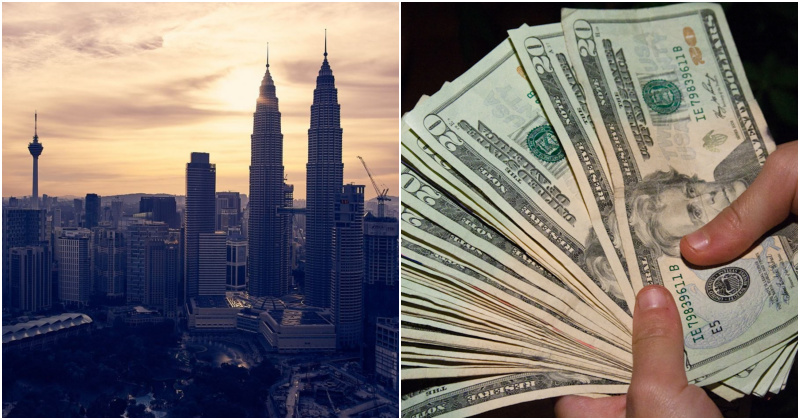 The United Nations Commission on Trade and Development (UNCTAD) has released earlier this week its latest Global Investment Trend Monitor report. It estimated that Global Foreign Direct Investment (FDI) flow fell by 42 per cent to an estimated USD859 billion in 2020 compared to USD1.5 trillion recorded in 2019. 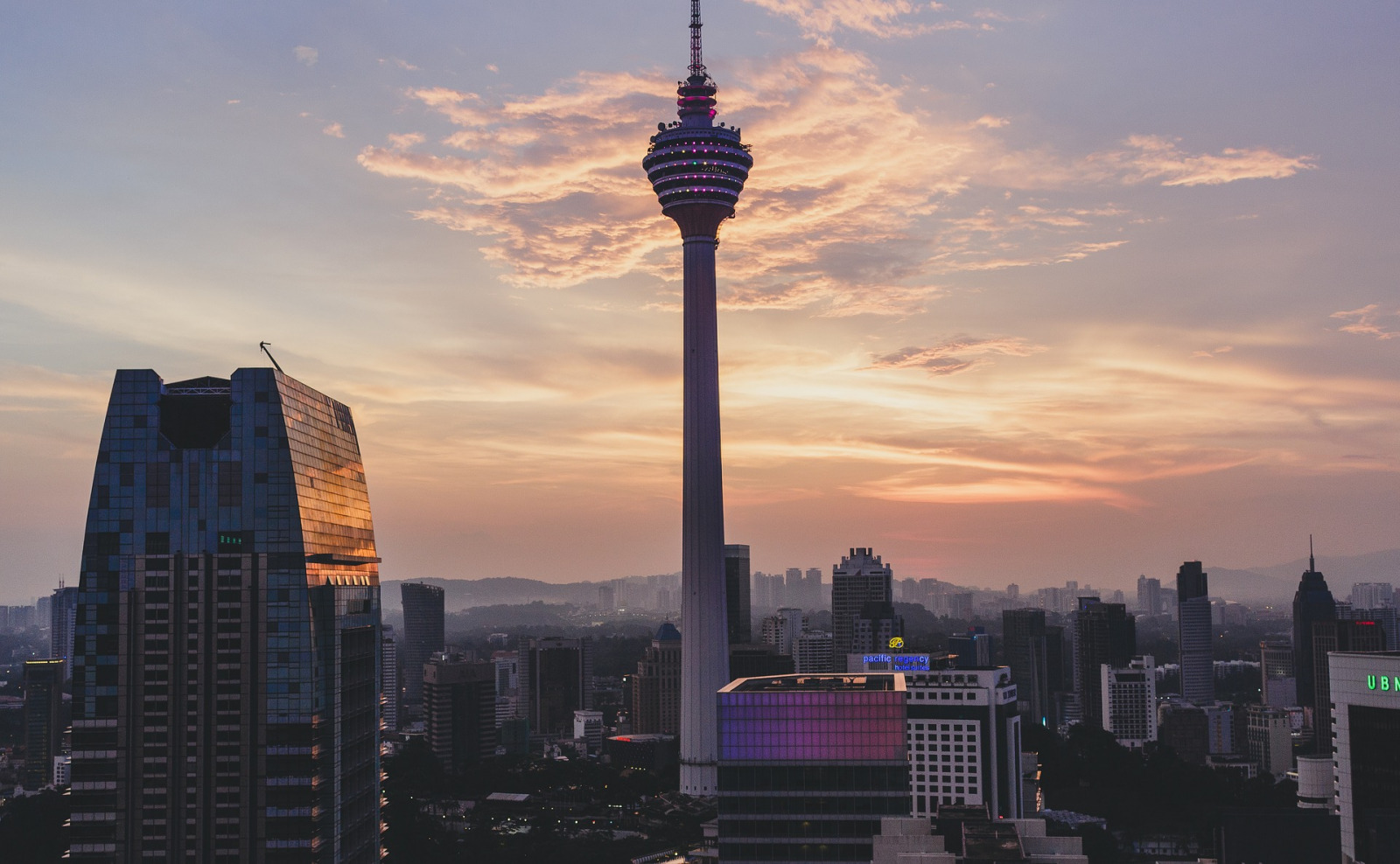 Almost all regions reported lower FDI in 2020, mainly due to the impact of lockdowns and a drastic decrease in the economic activities during the COVID-19 pandemic. FDI flows to developing economies decreased by 12 per cent. The decline was reflected across all types of investments: greenfield projects (- 4 per cent), cross-border projects finance deals (-7 per cent) and cross-border M&A (- 4 per cent). FDI into South East Asia contracted by 31 per cent due to a decline in investments to the largest recipients in the sub region; inflows in Singapore fell by 37 per cent, Indonesia by 24 per cent, Vietnam by 10 per cent, Thailand by 50 per cent and Malaysia by 68 per cent.

The Government acknowledges that the FDI landscape has been and will likely remain challenging and highly competitive. As such, accelerating investments is a key priority in securing Malaysia’s growth recovery. In the recent period, efforts have been intensified to further attract and facilitate quality investments.

Under PENJANA, the Government had announced several tax incentives to spur investment activity, including a 10-15 year tax exemption for new FDI in the manufacturing sector with capital investment of RM300 million or more. Measures to further improve investor experience, in particular, to ensure seamless investor facilitation will continue to be pursued on an ongoing basis. Specific initiatives that have been implemented include, amongst others, the establishment of the Project Acceleration and Coordination Unit (PACU) and various online platforms including i-Incentive to expedite the realisation of investments. The Government is also currently formulating a national investment strategy to attract high-quality investments that can meaningfully enhance Malaysia’s productive capacity, create high-skilled jobs, promote technology transfer and foster domestic linkages.

These efforts will further augment Malaysia’s attractiveness as an investment destination. 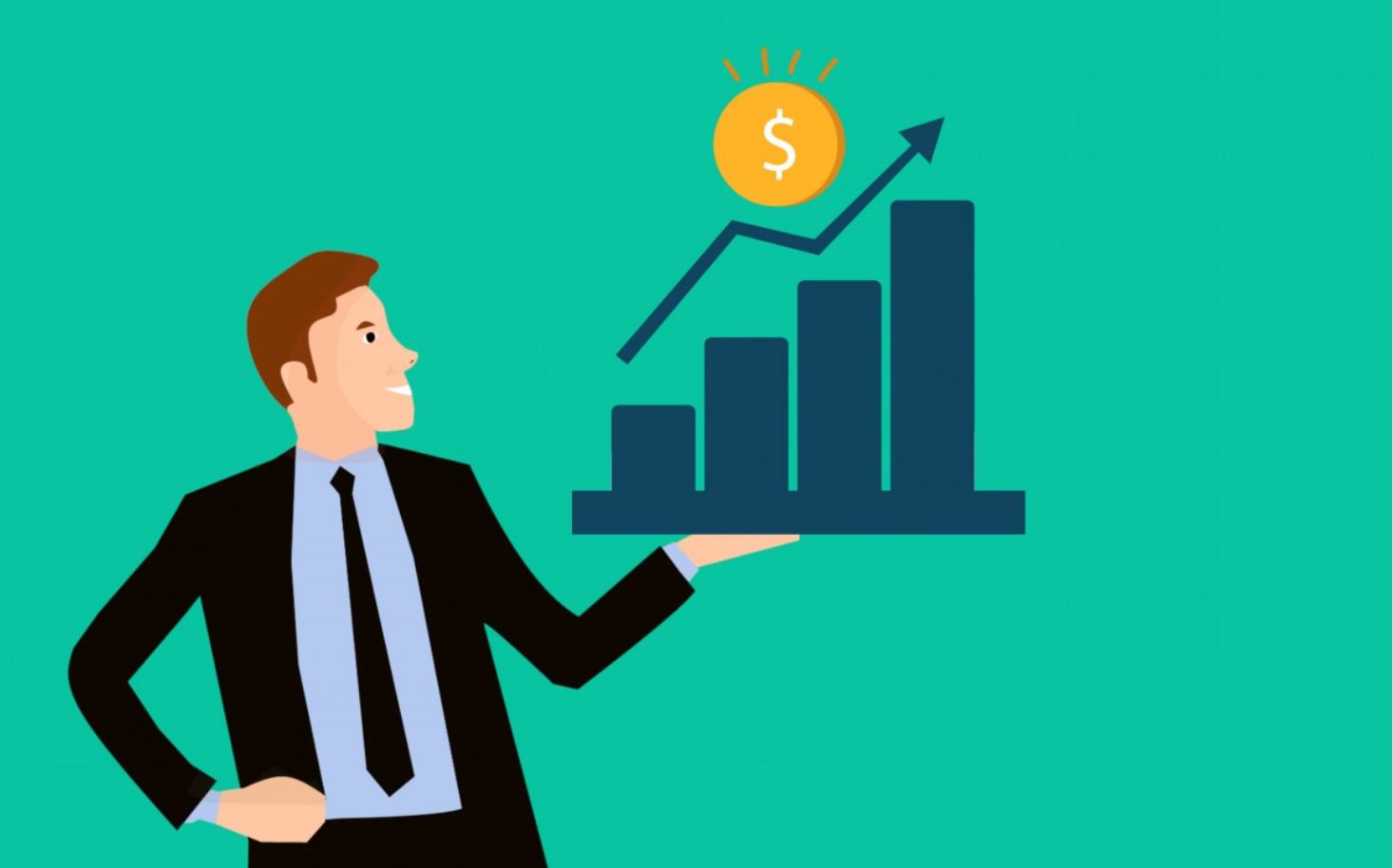 As indicated by a recent joint study by KPMG and the Manufacturing Institute in the United States entitled “Cost of Manufacturing Operations around the Globe”, Malaysia was ranked fourth amongst 17 economies, which is ahead of countries in Asia such as China, Japan, Vietnam and India. The study validates Malaysia’s aspirations to become a global supply chain hub in the region. Further, MNCs are using Malaysia as a hub for treasury management services as well as a myriad of activities of related services. 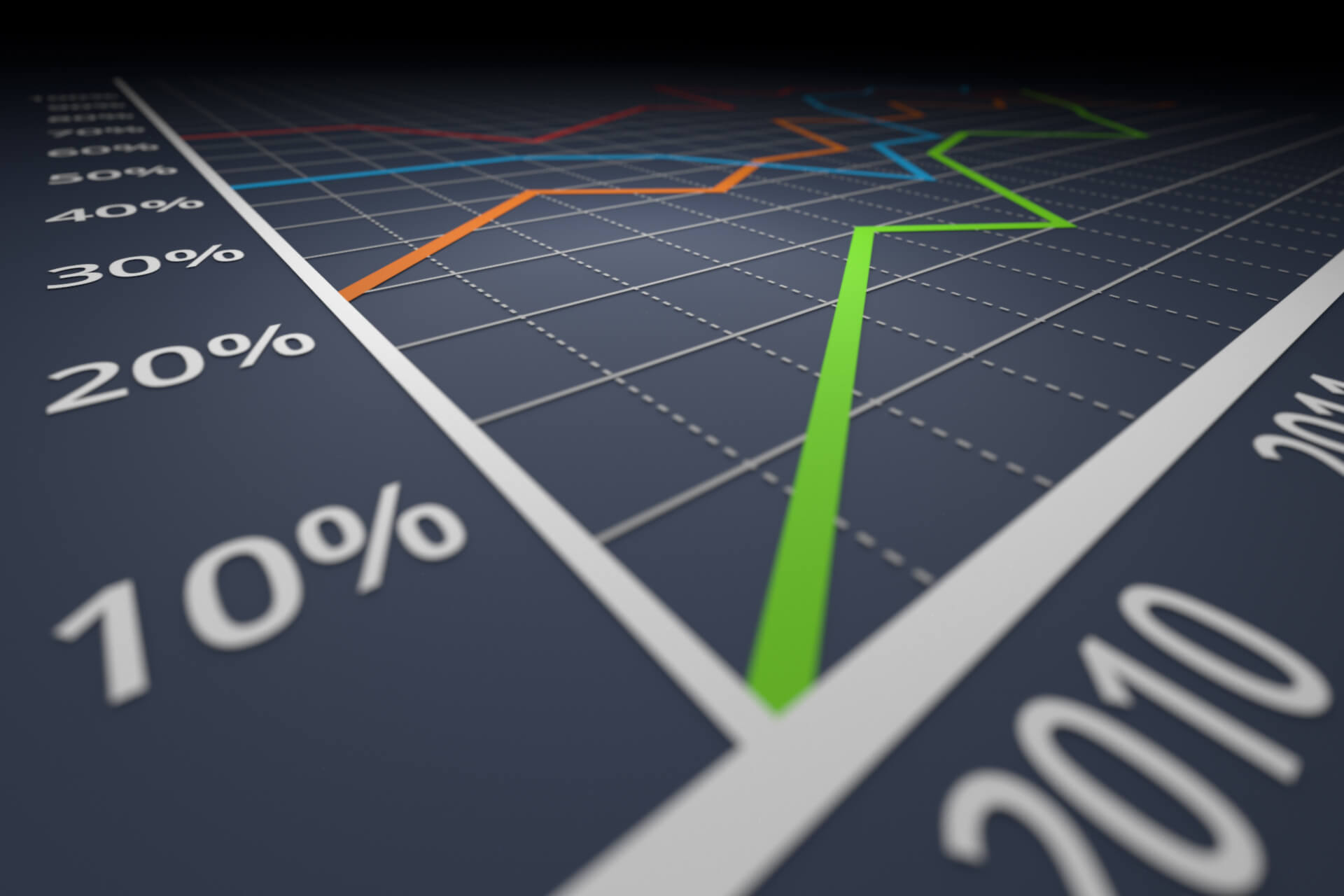 Malaysia recorded a total of RM109.8 billion worth of approved investments in the economy (manufacturing, services and primary sectors) for the first nine months of 2020. These investments involved 2,935 projects and will create 64,701 jobs opportunities. FDIs accounted for almost 40 per cent (RM42.6 billion). The realisation of these investments over the immediate to medium term will provide support to economic growth in 2021 and beyond.

Malaysia has attracted a fair share of multinational corporations in the high-end and hightechnology industries. This includes Schmidt and Nephew from the United Kingdom that produces high-tech medical device products including knee and hip implants; similarly, a new project by Dexcom, a US company and leader in continuous glucose monitoring system will be producing their niche offerings in Malaysia; LAM Research, a US global supplier of innovative wafer fabrication equipment and services to the semiconductor industry that chose Malaysia to expand its global footprint by establishing its advanced technology production facility in Pulau Pinang; LEM, a Switzerland-based electrical measurement company that will set up its new production plant in Malaysia to meet the growing demand of its customers in the industrial and automotive sectors; MusicTribe, a US-based multinational leader for professional audio products and musical instruments, on the other hand, is leveraging Malaysia to set up an Industry 4.0-driven, fully robotised manufacturing facility in addition to their Principal Hub activities; and the most recently SK Nexilis, a Korean copper foil manufacturer producing electric vehicle batteries is another example. 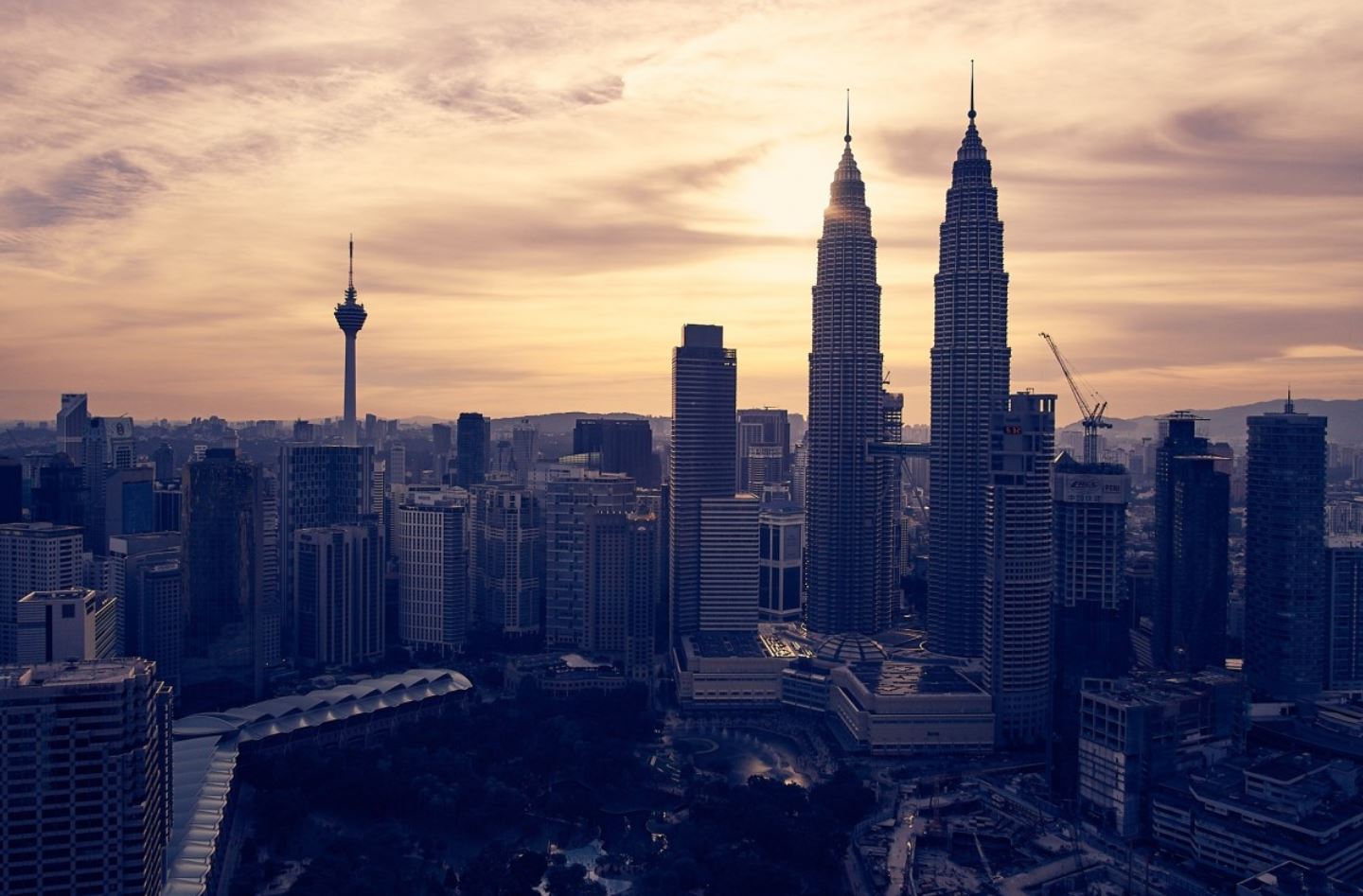 These include Eppendorf, a leading German life science company that established an integrated centre for their shared services hub, covering functions such as IT, HR as well as Finance and Controlling, for the Group’s operations in the Asia Pacific, Middle East and Africa; Bosch, an existing German company for setting up a manufacturing facility park for testing of semiconductor components and sensors; B.Braun, an existing German company, expanded its global test centre for medical devices due to strong talent capability in Malaysia; Wistron, the Taiwan-based company engaged in the research and development, design, manufacture and sale of E&E products; Western Digital, a US company and the third largest computer Hard Disk Drive (HDD), Solid State Drive (SSD) and flash memory devices manufacturer in the world announced their additional investments in Malaysia to design, develop and manufacture media and substrates for HDD; Nippon Electric Glass (NEG), a leading Japanese manufacturer of specialty glass has also expanded their production capacity of glass tubing for pharmaceutical use in Malaysia given the demand for its products following the vaccine
roll-out.

Looking ahead, foreign investment into Malaysia is expected to be sustained at pre-COVID level as MIDA has identified 240 high-profile foreign investment projects in the manufacturing and services sectors, with a combined potential investment value of RM81.9 billion, that are being negotiated and targeted by Malaysia in 2021. Presently, MIDA has also received and evaluated RM47.7 billion worth of potential investments into the country. These projects, once approved, are expected to be implemented within the year 2021 to 2022.
Being located in the Asia Pacific rim and the centre of ASEAN, Malaysia continues to be an attractive investment destination. The availability of excellent infrastructure, telecommunication services, financial and banking services, supporting industries as well as a
diverse pool of talents with skills and trainable workforce has been pull factors for investors to consider. Malaysia.