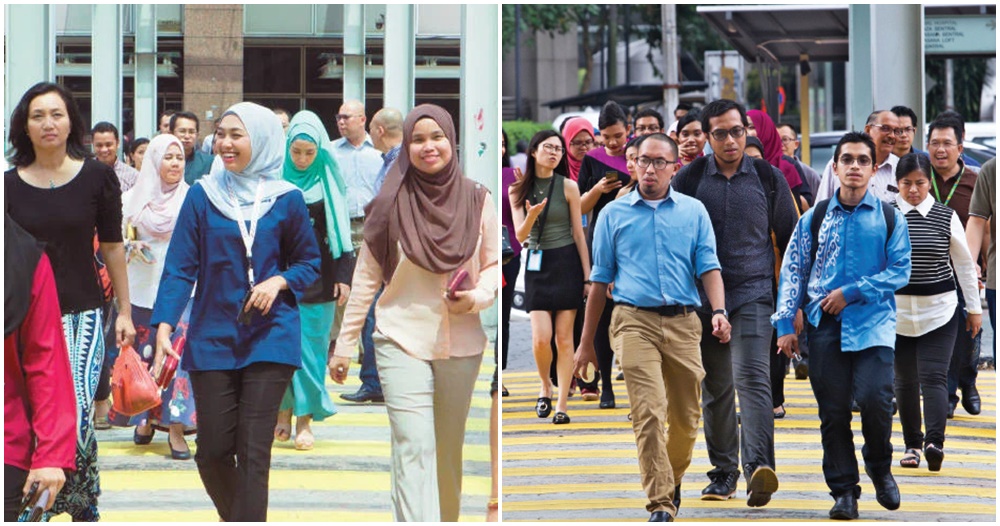 The Department of Statistics Malaysia released the nation’s current population estimates for 2020 yesterday (15th July) and there were quite a few statistics in the report that particularly stood out. Here are some of the interesting trends we’ve noticed:

1. Older age population in Malaysia, expected to increase every year 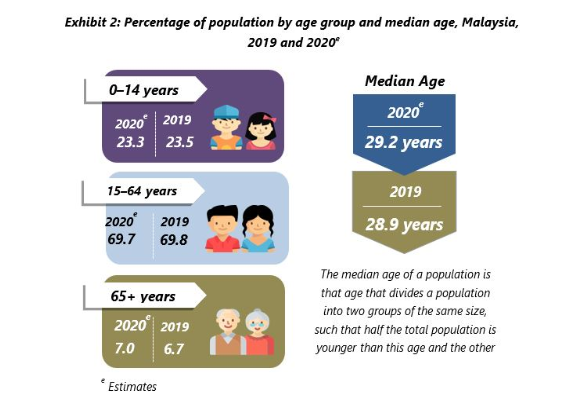 Percentage of population by age group.

2. Population of ethnic Indians and Chinese are declining

Distribution of population by ethnic group.

If there’s one consistent statistic, it’s the sex ratio in Malaysia. Males outnumber females at 106:100. The sex ratio is higher with non-citizens as there are 156 males for every 100 females recorded in 2020. Currently, the male population stands at 16.8 million while the female population makes up 15.9 million of the population. 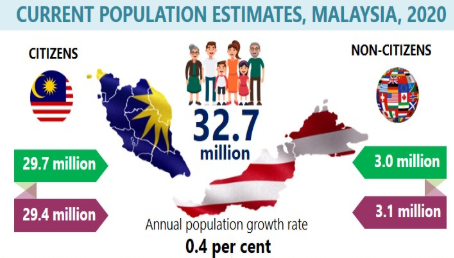 In 2020, Malaysia’s population is estimated to be 32.7 million as compared to 32.5 million in 2019, which puts our annual growth rate at 0.4%. There is however a decline in population growth rate of non-citizens from 3.1 million (2019) to 3.0 million (2020) due to the country’s closure of national borders and the return of foreigners to their respective countries during the MCO. Nonetheless, the growth rate of citizens remains at a steady 1.1% as the population increased from 29.4 million to 29.7 million in 2020.

Which of these statistics shocked you the most? Let u know in the comments!