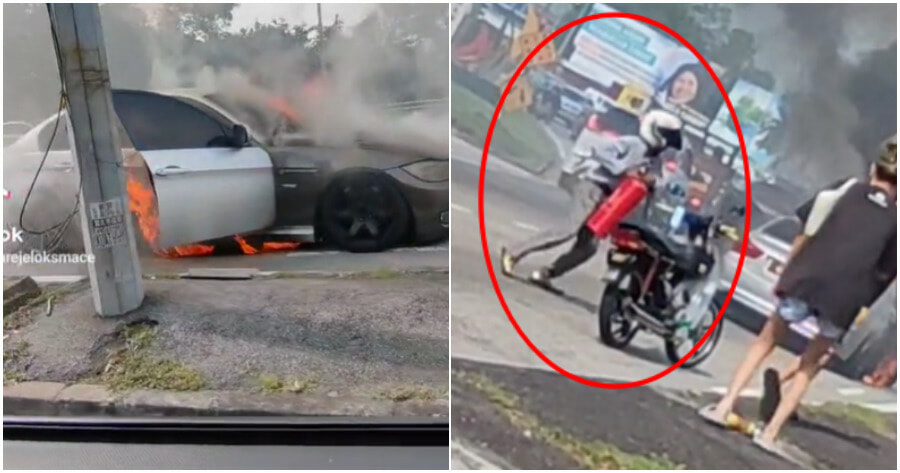 During tense times like this, we can see people’s true selves.

Recently, a local man was hailed a hero when he arrived at the scene of a burning car on his EX5 motorcycle bearing a fire extinguisher. 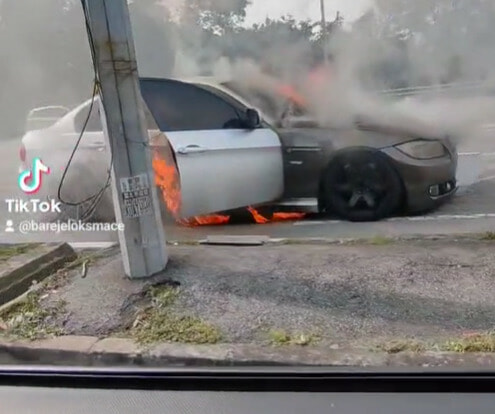 The incident is believed to have occurred yesterday at a road junction in Seremban, Negeri Sembilan and was shared as a TikTok video on @barejeloksmace’s page.

The 1 minute 12 second video shows the man first arriving at the scene on his motorcycle. Then, he swiftly removed the fire extinguisher from his motorcycle basket to attempt to put out the fire. 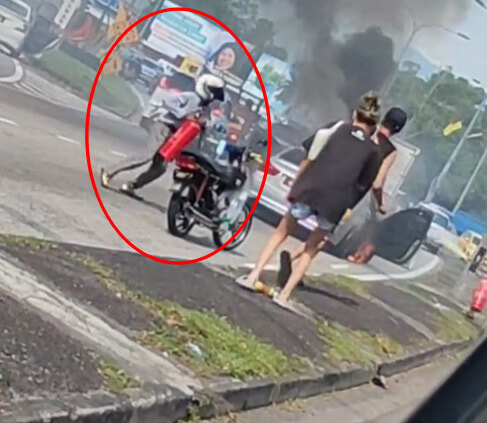 He was going to use the fire extinguisher, but another Chinese man, who seemed to be the car passenger, took over from him.

He also seemed to know what he was doing as he acted like a fireman, pointing and giving directions to the two men helping to put out the fire. 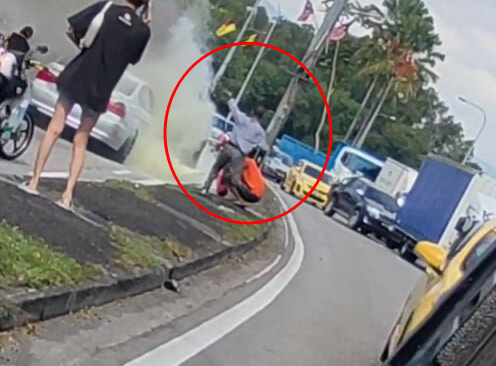 The car is believed to be belonging to a Chinese woman who was anxiously watching on the side.

In the comments, netizens pointed out that the man is actually quite influential in Senawang.

It is alleged that he is a local hero and goes by the nickname “On X On”.

“Brother On X On is the best. Seremban’s hero.”

“Brother Mael On X On. Those that don’t know him are not locals.”

Local heroes such as Mr On X On deserve an award for their selflessness in helping others!