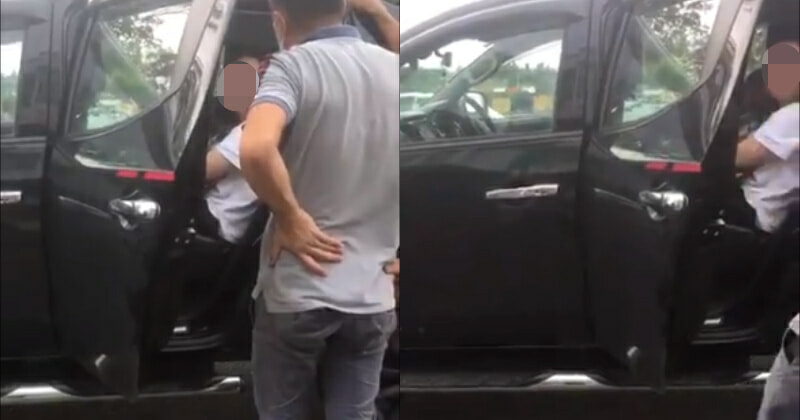 As a general rule, people always remember to lock their car doors, in an effort to reduce vehicle burglary and generally stop weird people from entering their vehicles.

Taking place in Segamat, Johor netizen @araynmalek shared an incident that involved his fiance, who became a makeshift ‘e-hailing’ driver when a lady stepped into her vehicle while it stopped at a traffic light.

“This is an incident that took place in Segamat, Johor. My fiance stopped at a traffic light and a lady stepped into her vehicle.”

“When asked to leave, all she did was laugh. It is said that the lady is depressed and wants to commit suicide.”

In the 45-second video, it was mentioned that the lady did nothing but remained silent throughout the incident but would not let go of her seat.

The story then continued in another tweet, featuring a video of the victim taking the lady to a police station in an effort to resolve the matter.

To their horror, the lady simply took off upon arrival.

“When she refused to leave my fiance’s vehicle, they took her to a nearby police station, where she simply jumped out of the vehicle and ran off.”

On a positive note, it is a good thing that the lady was unarmed and she did not harm anyone in the process. Things would have certainly gotten worse if weapons were involved in the incident.

Currently, only speculations were shared by netizens as to why the lady behaved that way.

We should be definitely more careful and lock our vehicles upon entry. As simple as it may seem, it will do a world of good especially in the prevention of criminal activity. 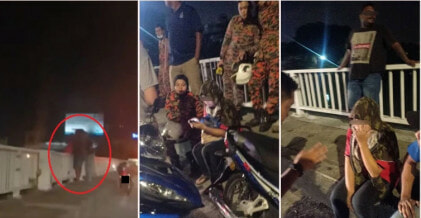