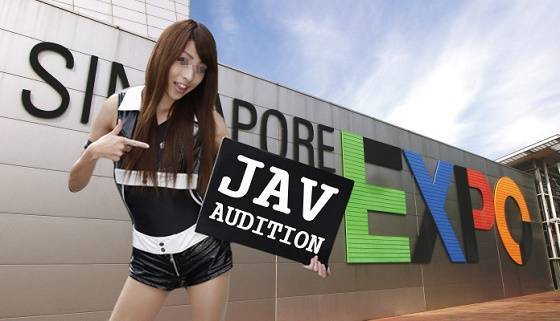 So if you weren’t filled in, a few months ago it was reported that Japan’s adult film industry has a shortage in male talent, with the latest estimates putting the figures at about 70 full-time male actors as opposed to the 10,000 females.

If you can’t find talent in Japan what do you do? Find them in another of course! and that’s just what Tokyo-based AV producer 夢精スタジオ did. By announcing their new talent search quest to be in our neighbouring country, Singapore!

The auditions are planned to be help end of September, with hopes of hiring up to ten actors. More possible opportunities may arise has one of the industry veterans claim that Singapore is seen as a “potential goldmine” for casting.

“In a view shared by many other producers, Singapore represents one of the best foreign markets for male JAV recruitment,” said Katsuo Ayumu, who has worked at a leading Japanese adult movie producer since 1973. “We’ve tried recruiting male actors from Korea and China before, but we’ve found Japanese audiences react unfavorably to such casting, probably for historical or cultural reasons.” Mr Ayumu was more positive on the prospects for Singaporean men to succeed in the world of JAV. “I feel that audiences in Japan would be very welcoming of Singaporean actors. Perhaps the only challenge I foresee is the language barrier, but most of our actresses speak limited English so it shouldn’t be impossible to mount.”

The Batty Post took to the streets to gauge public opinion in Singapore and found that the public were generally divided on the topic. “I confirm will go direct to audition but don’t publish my name lah!” said 23-year old Calvin Yeo of Queenstown.

Other males Batty Post interview were generally positive on the upcoming auditions. However, most women did share the same opinion.

“Wah piang! I’m shocked, are these Japanese kee siao or what?” said Mrs Elaine Ong, a mother of two from Sungei Kadut.

Whether JAV will ever seek new talent in Malaysia, there are no news about it yet. You’ll just need keep your pants on till then. (or… go to Singapore for it. Don’t say we teach wan.)