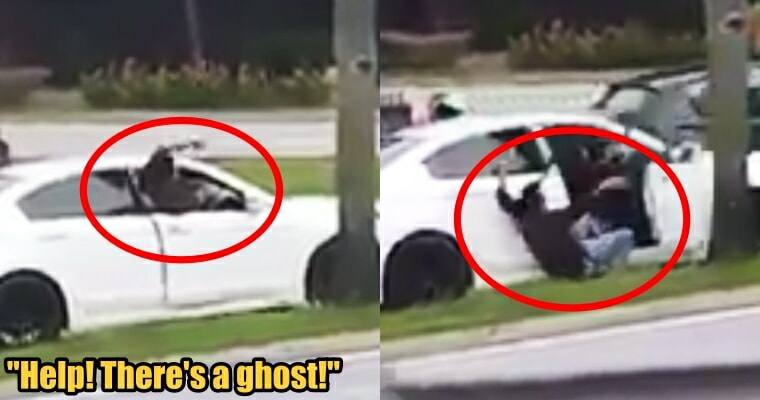 A 2-minute video that went viral on Facebook on 21 June left netizens confused and somewhat entertained.

In the video, a man appeared to be super spooked in broad daylight because there’s “a ghost in his car”.

Here’s a snippet from the original video:

It can be seen that the man was attempting to escape from the window of his white car. Half of his body was stretched out of the vehicle as he started slamming the roof, possibly to gain the attention of bystanders nearby.

A kind motorcyclist got off his motorbike and went over to assess the situation. But as he got near to the shouting driver, he managed to open his door and he fell onto the ground. 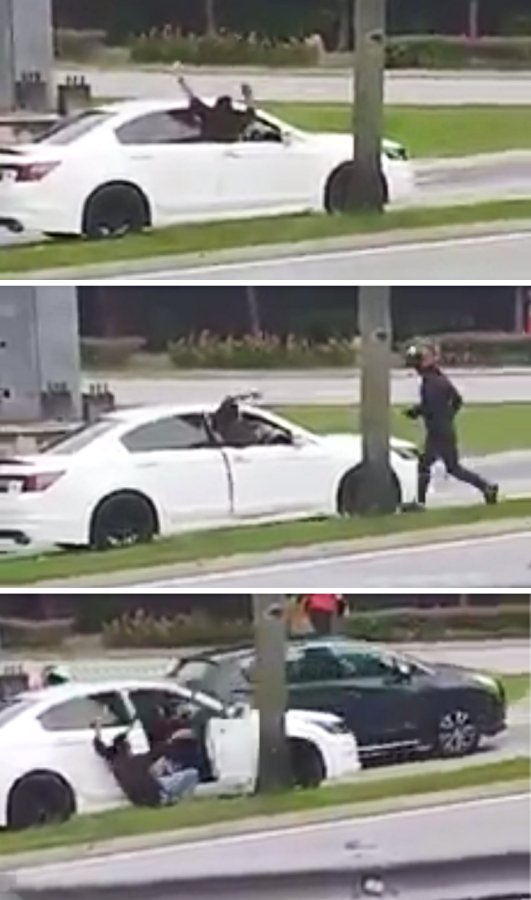 This incident got even more interesting when the poor guy started to yell for help in Cantonese, and he even seemingly mentioned “Allah” as well, as cited by Sinar Harian.

Running all over the place including the street filled with moving cars, the man flailed his arms in the air as he repeatedly shouted for help. Many passers-by stopped their vehicles to take a look at him but were unsure of how to help as he didn’t specifically ask for what kind of support he needed.

Things became dangerous when he ran into the middle of the busy street as cars started honking at him.

According to Sinar Harian, the ordeal happened at the crossroads near Masjid Wilayah Persekutuan at Jalan Duta.

Netizens commented that he may be suffering from mental illness and they expressed their concerns.

“Maybe he has schizophrenia, where he can see things that others can’t. He should’ve been sent to the hospital for a checkup, it’s dangerous to just leave him like that.”

“I wonder what’s haunting him. He seems really scared. Poor man. Can’t imagine this happening to ourselves.”

While some hoped to catch the “ghost” on camera:

“Can the person behind the camera stop shaking? How am I supposed to see the ghost if it’s this blurry?” 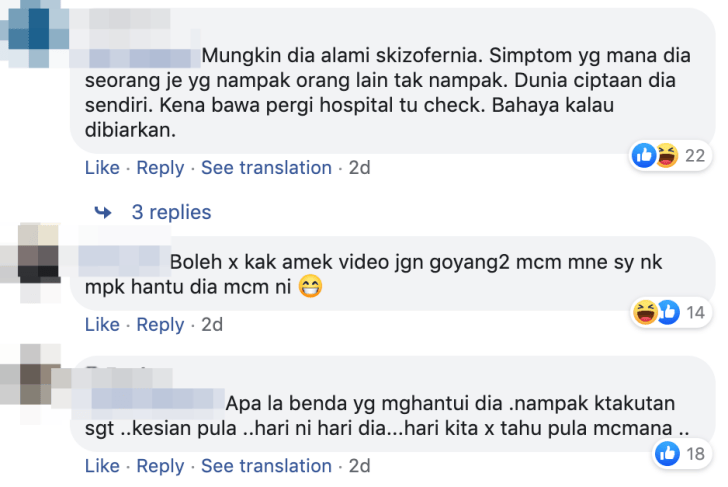 In all seriousness, we hope that this raises awareness of the mental health issues of Malaysians. Let’s not make fun of people with mental illness because it’s not going to help them get treated at all.

Also, kudos to the motorcyclist who went out of his way to help this man! That’s really nice of him! 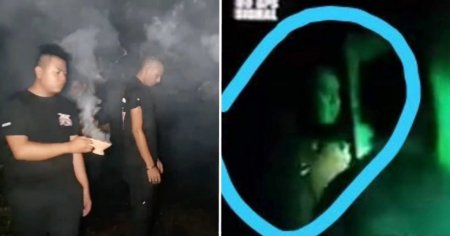