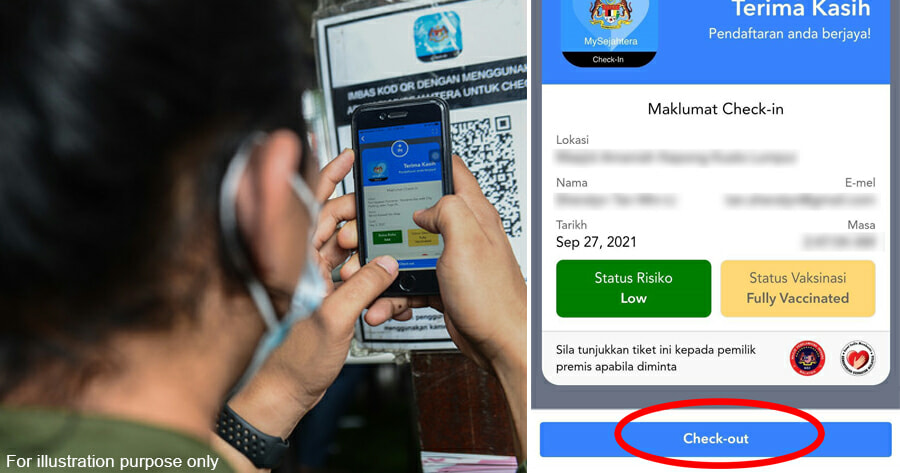 Many of us would have forgotten to press ‘check out’ on the MySejahtera app when leaving a premises on several occasions, and although it does not go against any standard operating procedures (SOP) if we don’t, pressing ‘check out’ just makes it easier for the Ministry of Health (KKM) to track our movement in the case of a Covid-19 detection.

To remind users to check out when leaving a premises, the public suggested that the MySejahtera app notify the user if they do not check out more than 30 minutes after checking in.

Deputy Minister of Health, Datuk Dr Noor Azmi Ghazali said that the public’s suggestion is a good idea and has been well received. He added that KKM will liaise with the MySejahtera operator to discuss further action. 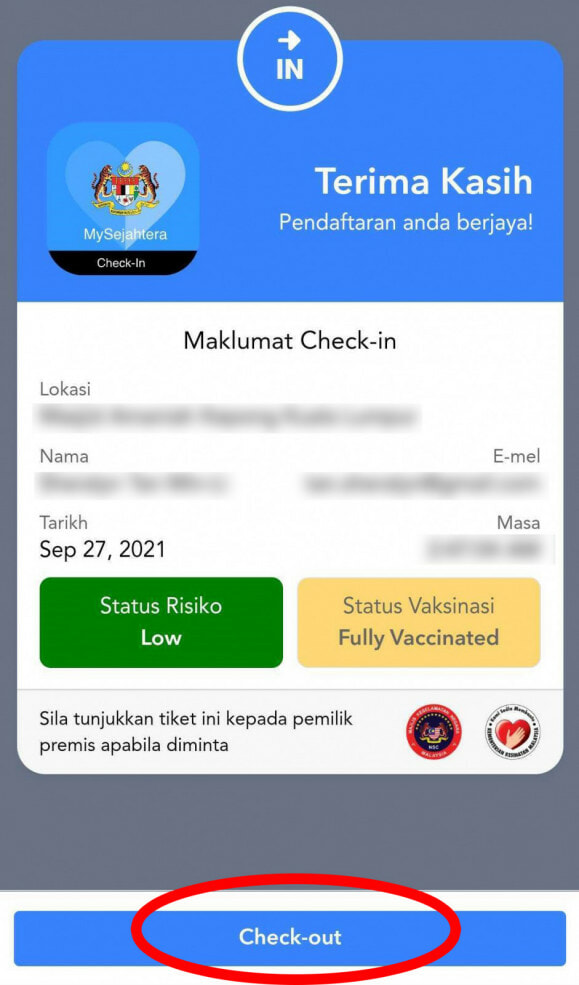 “It is acknowledged that the check out button created by MySejahtera is quite a burden to many users as they often forget,” he said, according to Berita Harian.

He explained that users don’t actually have to worry about not checking out because if they check in at another premises, the registration at the previous premises would automatically be cancelled.

“Nevertheless, the netizens’ suggestion to ask MySejahtera to activate notification sounds is a good and thoughtful idea.”

MySejahtera has yet to roll out this function, but fret not as there is a Twitter account that will constantly remind you to check out and to stop “sleeping in Mr DIY”!

What do you think MySejahtera can do to remind users to press ‘check out’? Let us know in the comments below! 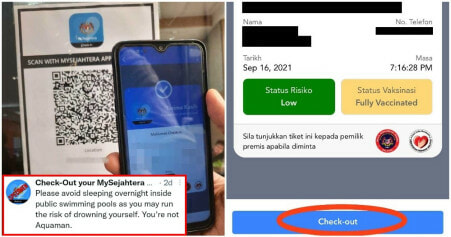