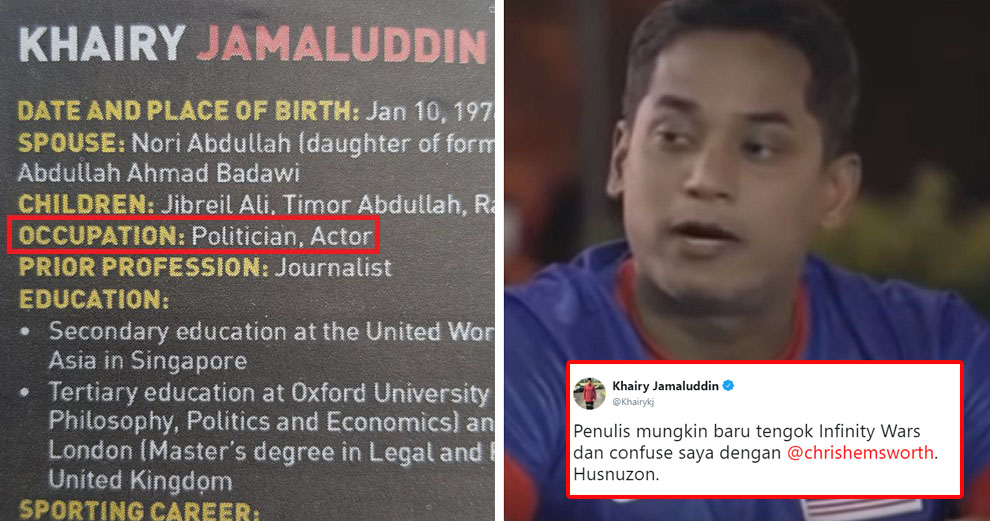 If you’ve been lurking around on social media this past week, chances are you’ve probably seen photos of a viral biodata published by a local newspaper detailing everything about UMNO presidential candidate and current UMNO Youth chief, Khairy Jamaluddin going around.

Many netizens noticed one interesting thing listed in his biodata, though. Under the “occupation” category, the newspaper also included “actor” alongside “politician” as one of his jobs. Wah. Is it cloudy outside? ‘Cause we sense a little bit of shade!

Loads of Malaysians were definitely amused by this, and weren’t afraid to point it out on Twitter. Some even cited the now infamous Barisan Nasional (BN) campaign video he did with former Prime Minister Dato’ Seri Najib Tun Razak in the build-up to GE14. In fact, he’s done a lot more acting than most of us would think, and even played the role of a waiter at a mamak restaurant in another video promoting BN’s youth manifesto.

For those wondering how come "actor" was listed as one of Khairy Jamaluddin's occupations 👇🏾 https://t.co/oAvgOlztFv

Even the man himself responded, joking that the writer probably mistook him for Australian actor, Chris Hemsworth, who is known for playing Thor in the highly successful Marvel Cinematic Universe. Do you see any resemblance? 😛

Khairy Jamaluddin has been making headlines recently after news of him running for the post of UMNO President surfaced earlier this week.

According to The Star, Khairy hopes that he will help create a “generational shift” within the party, and wants to represent a “new UMNO” if he gets elected as president. He will be competing against Tengku Razaleigh, Dr Ahmad Zahid, and Rahmat Azim Abdul Aziz for the post.

Whatever it is, we wish him and the other candidates the best in their campaign and hope that they all participate in a fair and transparent party election.

What do you think of the local paper listing Khairy’s occupation as “actor”? Tell us what you think of his viral biodata in the comments! 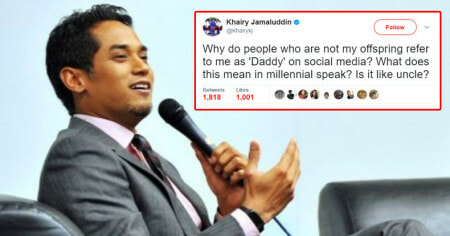