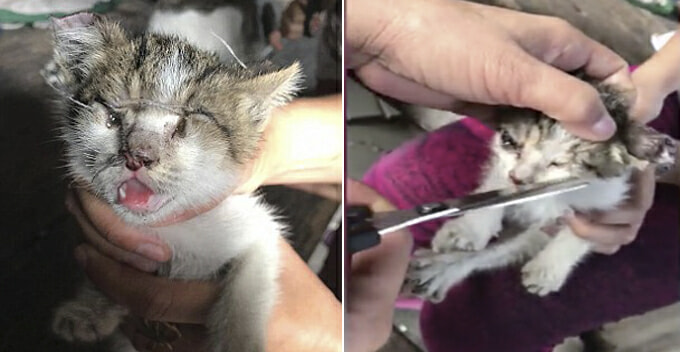 Warning: Images included in the content may be disturbing to some readers.

Recently, a video of a kind woman removing stitches from a kitten went viral on social media.

From the video, the kitten’s eyelids, ears and nose appeared to be sewed shut with thick thread. Clearly the kitten was in excruciating pain as it was meowing loudly when the woman cut off and pulled out the thread. 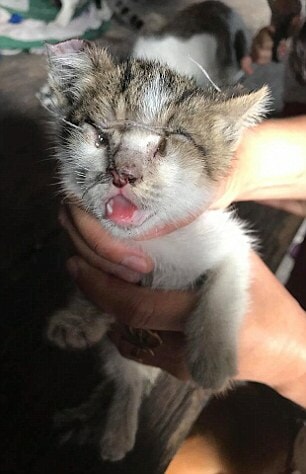 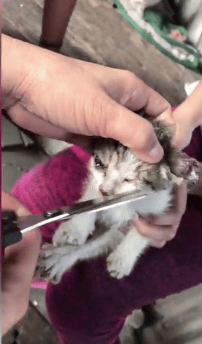 According to Daily Mail, the one-month-old kitten which was rescued by a cat lover, Leonora Calamba, 41, in an alley in Manila, Philippines on February 14. The kitten was later given a name, July.

When Leonora first saw the kitten, it was stumbling around the alley near her home. After a closer look, she found that the kitten had thick cotton thread sewed through its skin. What kind of sick person would do this?

It was extremely difficult for July to move around as its eyelids and ears were sewed shut, causing it to lose all its spacial awareness. July also kept bumping into obstacles and even walked in front of cars. Thank God it didn’t get run over by a car.

Seeing that, Leonora immediately took July home and removed all the stitches.

“The poor kitten was in pain. It was so hard to take out all of the stitches. She (July) was screaming and meowing because it (removing stitches) was hurting her so much. But doing this was the only way to save her. Whoever did such a thing to a newborn kitten is sick, they need to be punished before they do it again.”

Leonora’s niece, Jonil Manatad Novela, 21 believed that the stitches may have been in place for a week over as the wound have already begun healing.

Although July is now recovered, but there’s visible scars left on its eyelids, ears and nose. 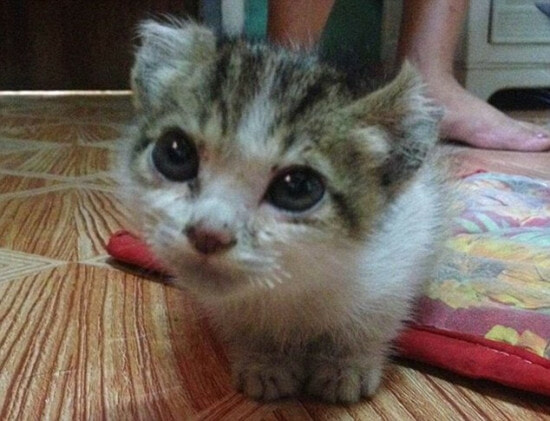 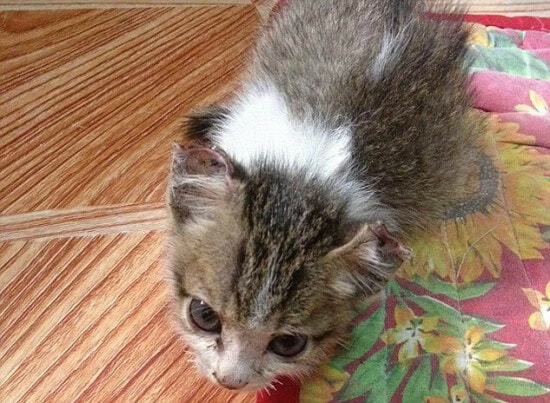 “July is doing well now and seems to be having a good time with other stray cats that my aunt has taken in.” 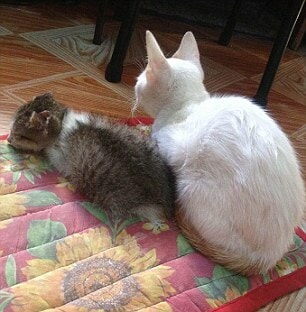 “We don’t know who did this. We can only assume that it’s some kind of psychopath. Who else could do this kind of cruelty to a defenseless kitten?They are sick, useless and heartless people.”

“Thankfully we found her in time or she surely would have died.”

Let’s hope that the person who committed such cruelty gets his own desserts one day.

Also read: Pregnant Cat Suspected To Be Raped By Man After Genital Was Found Bleeding Profusely 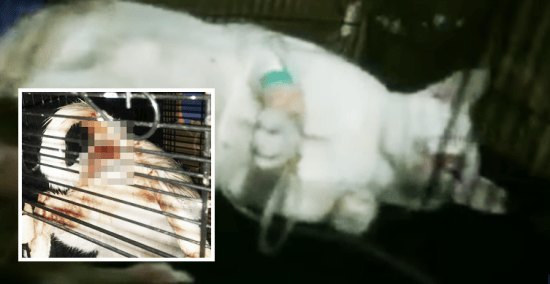