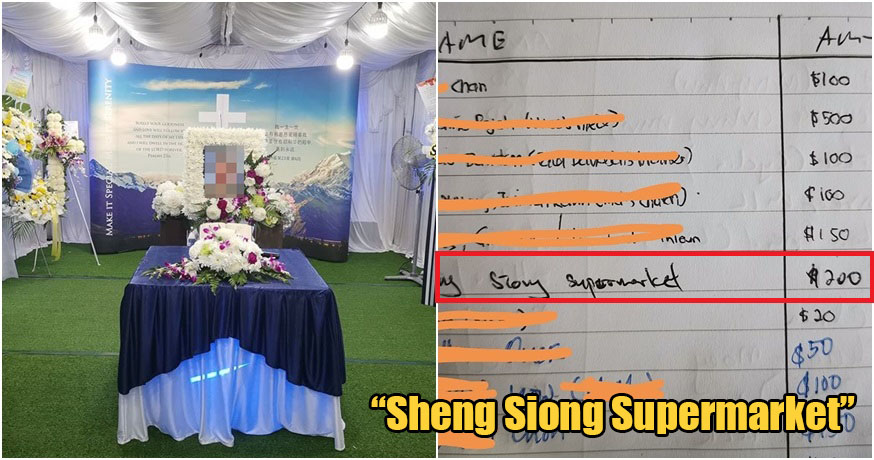 As the global Covid-19 pandemic continues to weigh heavily on many economies across the world, its effects have been felt by many ordinary Joes who are being confronted by the possibilities of retrenchment or salary cuts. In times like these, every little bit does help.

And a Singaporean supermarket has definitely taken that advice to heart, after netizen Caleb Low recently shared how during his wife’s late-grandmother’s wake, Sheng Siong Supermarket had decided to provide a little gesture of kindness during such a difficult time.

According to Caleb, he had taken time out of his work to help out with his family to manage the reception table at his wife’s late-grandmother’s wake. As is custom at most Chinese funerals, guests who attend will usually provide a small financial token to the family, referred to as ‘白金’, or ‘white gold’, at the reception table to help the family with the cost of the funeral. 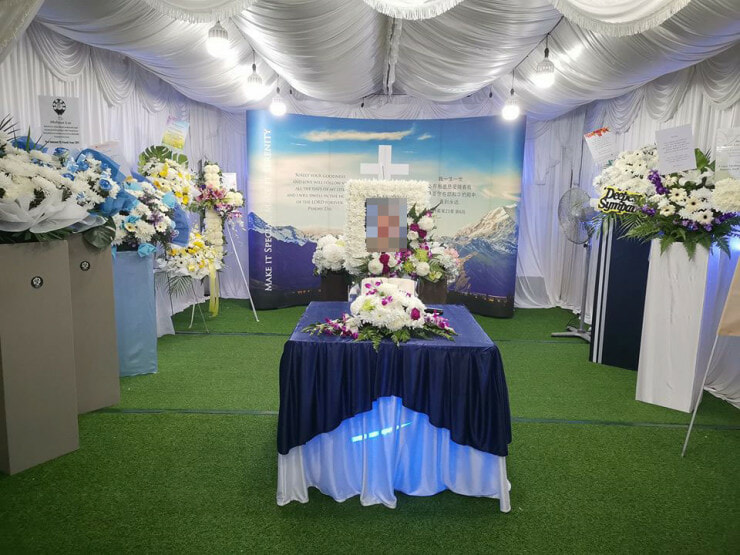 As he was manning the reception table, he overheard some relatives chatting among themselves while looking at the Funeral Accounts ledger used to jot down the names and amounts of those who contributed. The cause for the chatter?

They found ‘Sheng Siong Supermarket’ to be among the names of those who had contributed.

Apparently at some point during the wake, a representative from the supermarket had tried to slip SGD 200 (RM610) into the funerary contribution box, and wrote down the supermarket’s name in the ledger! 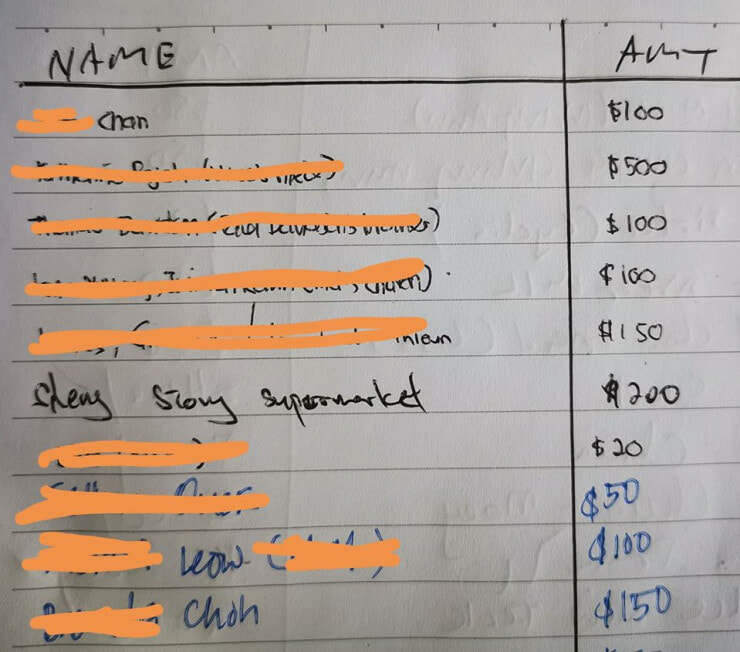 When questioned by one of the relatives who were manning the reception desk at the time, the representative said:

“Actually, I’m working at Sheng Siong. And our management told us to walk around the estate and look out for wakes during this Circuit Breaker period. And we would give a small financial contribution. That’s why I’m here.”

Caleb has also told WORLD OF BUZZ that upon further digging, he found out that other families have also received contributions from Sheng Siong Supermarket out of sincere generosity! How incredible is that?

The story, which has since gone viral over social media, has attracted plenty of surprise and praise for the local supermarket and their kindness in helping out others during this difficult time.

Which really comes to show that some small gestures of kindness really can make a #GreaterSignificance during times like these!