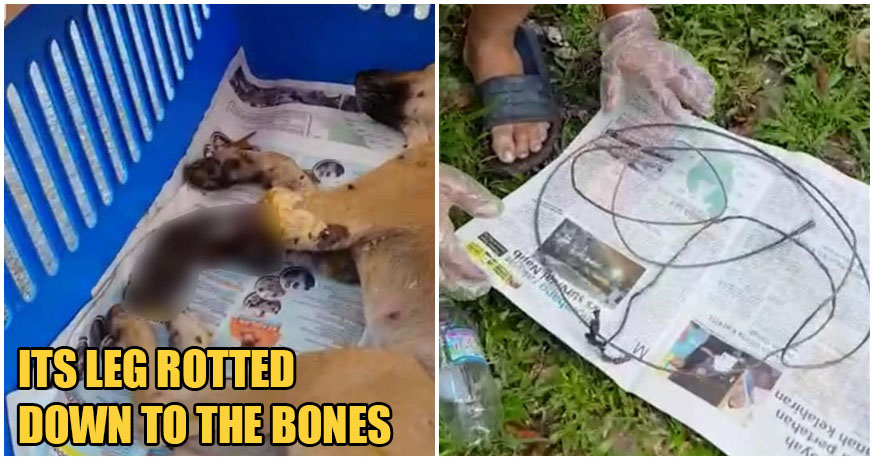 For hunters who continue to set up cruel traps for wandering animals, many do not realise the sort of perils that they put these animals through, especially if the animals caught by their traps aren’t the ones that they are looking for. Oftentimes, these animals wind up being left to suffer from their injuries, before likely dying as a result of its severity. 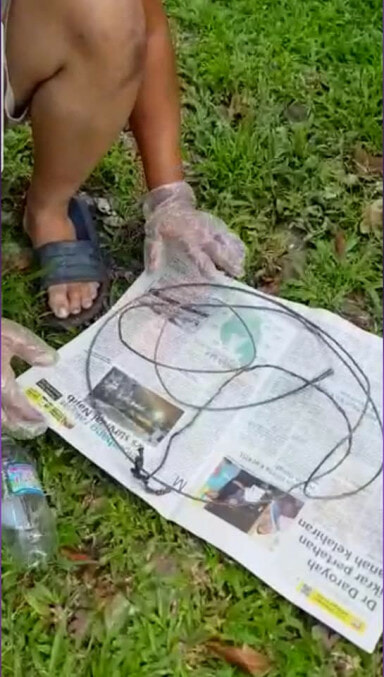 Such is the case that was reported by animal rights group Persatuan Haiwan Malaysia, when a group of individuals found a stray dog that had been caught in a hunter’s trap. The dog was initially heard barking for help by villagers, but was not able to be found until four days later, when a group of volunteers started looking into the drainage system of the village, only to find the dog helpless and enduring incredible amounts of pain.

The source of its anguish came from a hunter’s trap that the dog fell prey to, which led to one of its legs being caught in a trip-wire that wrapped tightly around it.

As a result, the dog’s leg gradually began to rot as a result of its injury, to a point where bones can be seen. 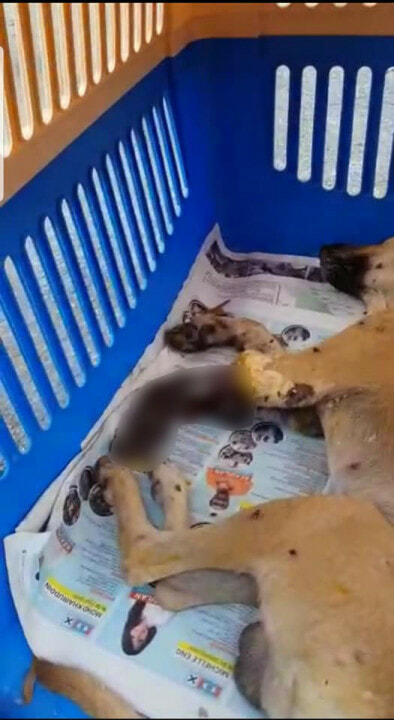 It is said that by the time the volunteers got to the dog, it was already weakened from pain and could only bark very softly. At present moment, the volunteers have brought the dog to seek immediate medical attention. Further details have not been released at this point in time by the volunteer group.

In any case, we strongly condemn any one individual who tries to commit such horrible acts on stray and wild animals, and hope that the culprits will be brought to justice soon. 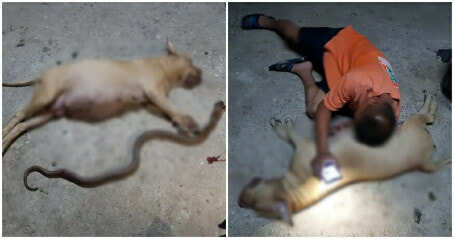