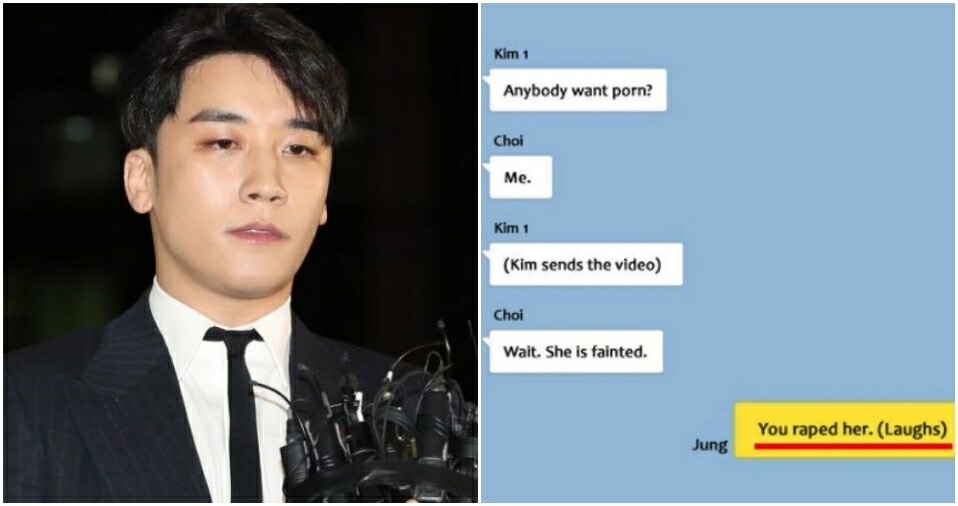 The world of K-pop has been flipped on its head with the numerous sex scandal revelations involving high profile celebrities.

The first incident happened when Seungri, formerly from Big Bang, was investigated by police on Tuesday for prostituting women to businessmen in order to close lucrative deals. He immediately quit his band and announced his retirement.

That led to a string of other allegations to the point where up to this week, at least four Korean entertainers have announced their retirement from the industry. 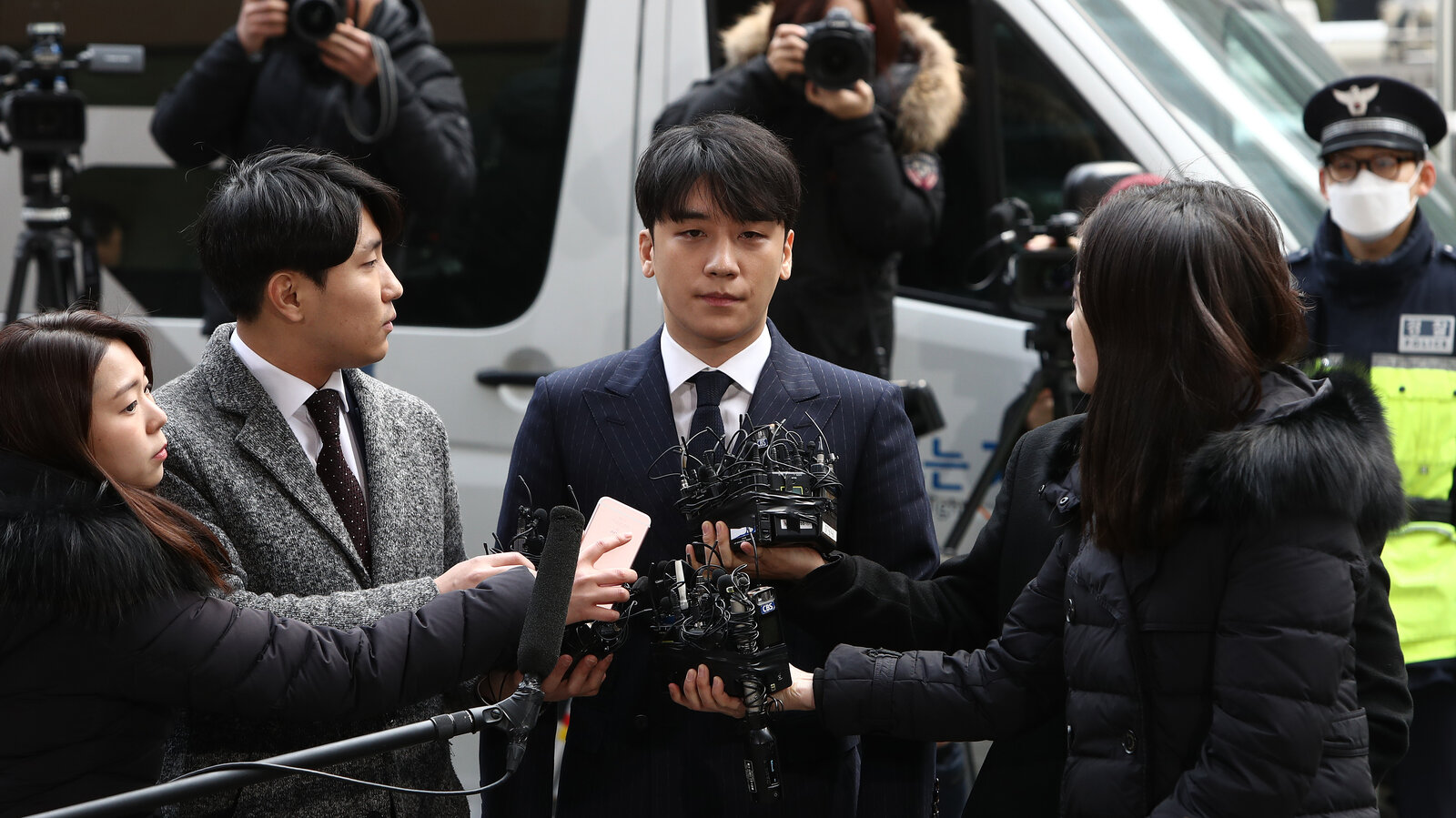 Celebrities involved and are retiring include Jung Joon-young, a singer and TV host, Yong Jun-hyung from Highlight and Choi Jong-hoon from FT Island. 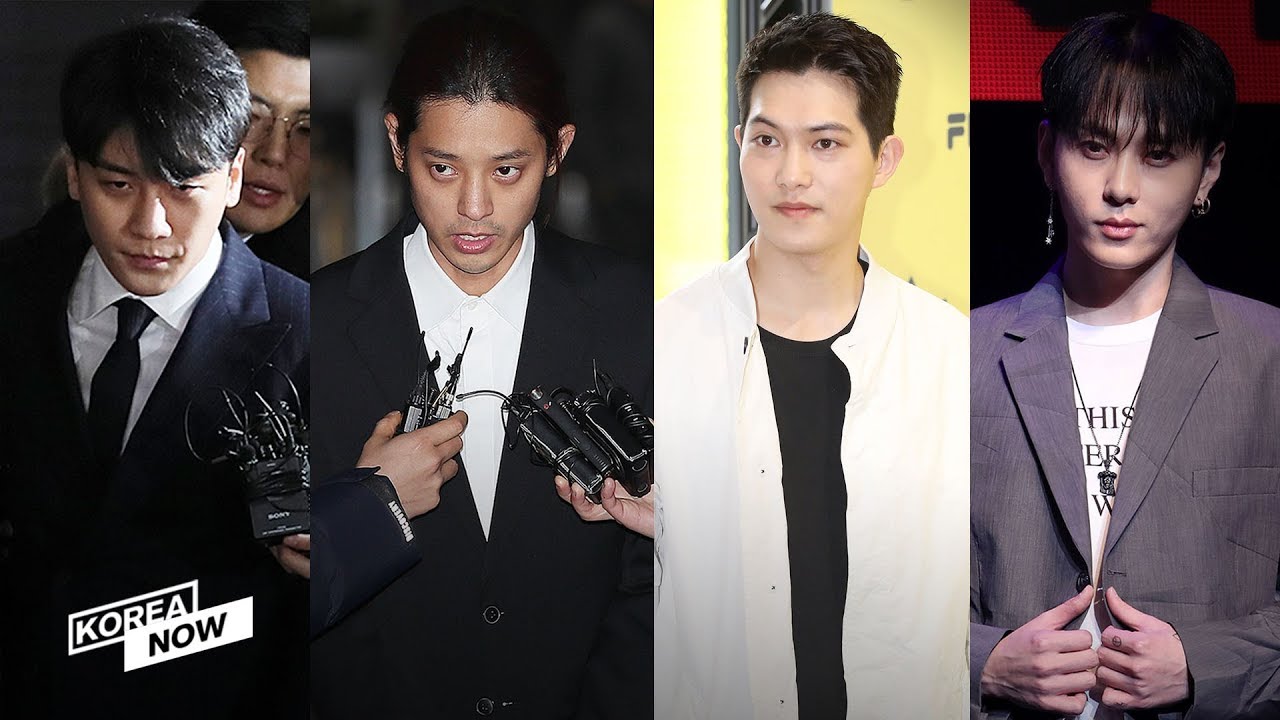 A roundup of the suspects. Image: korea now

The evidence that ties these celebrities together is a Kakao Talk group chat involving all four of the accused among other friends.

In the messages, Jung Joon-young posts videos of him having sex with women (most of whom are female celebrities) without their knowledge. Reports show that 10 different women were secretly filmed.

Here are some of the re-constructed conversations: 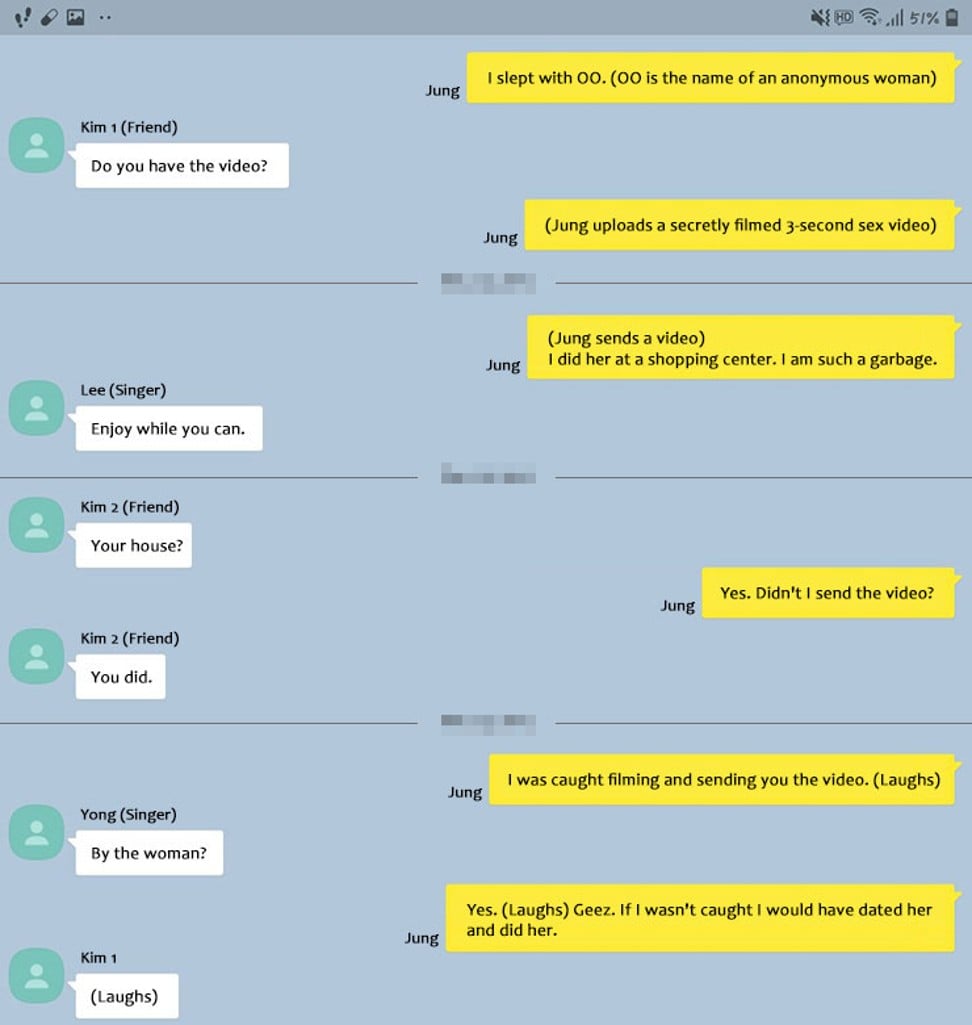 Jung: “I was caught filming and sending you the video (laughs)” 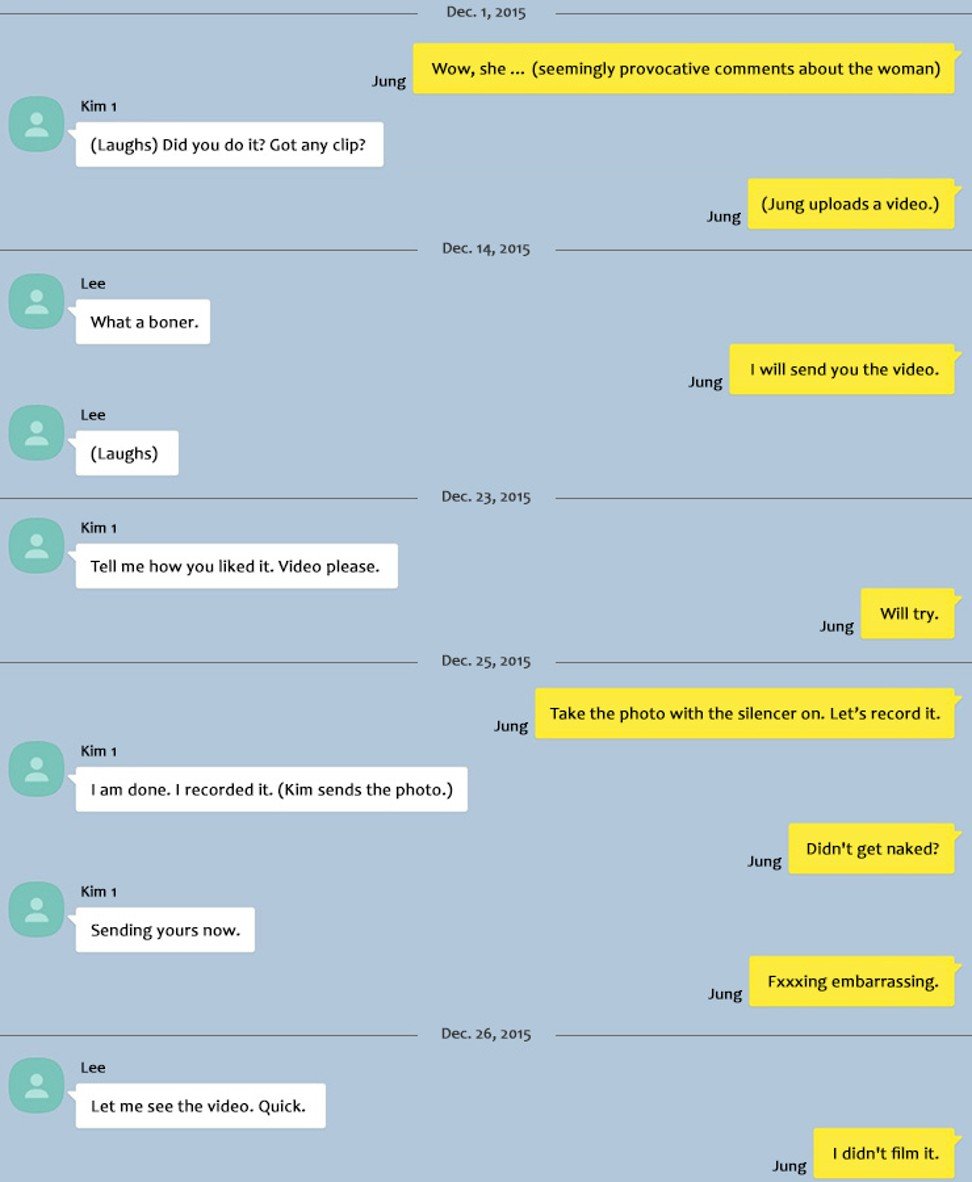 Jung: “Take the photo with silent mode on. Let’s record it.” 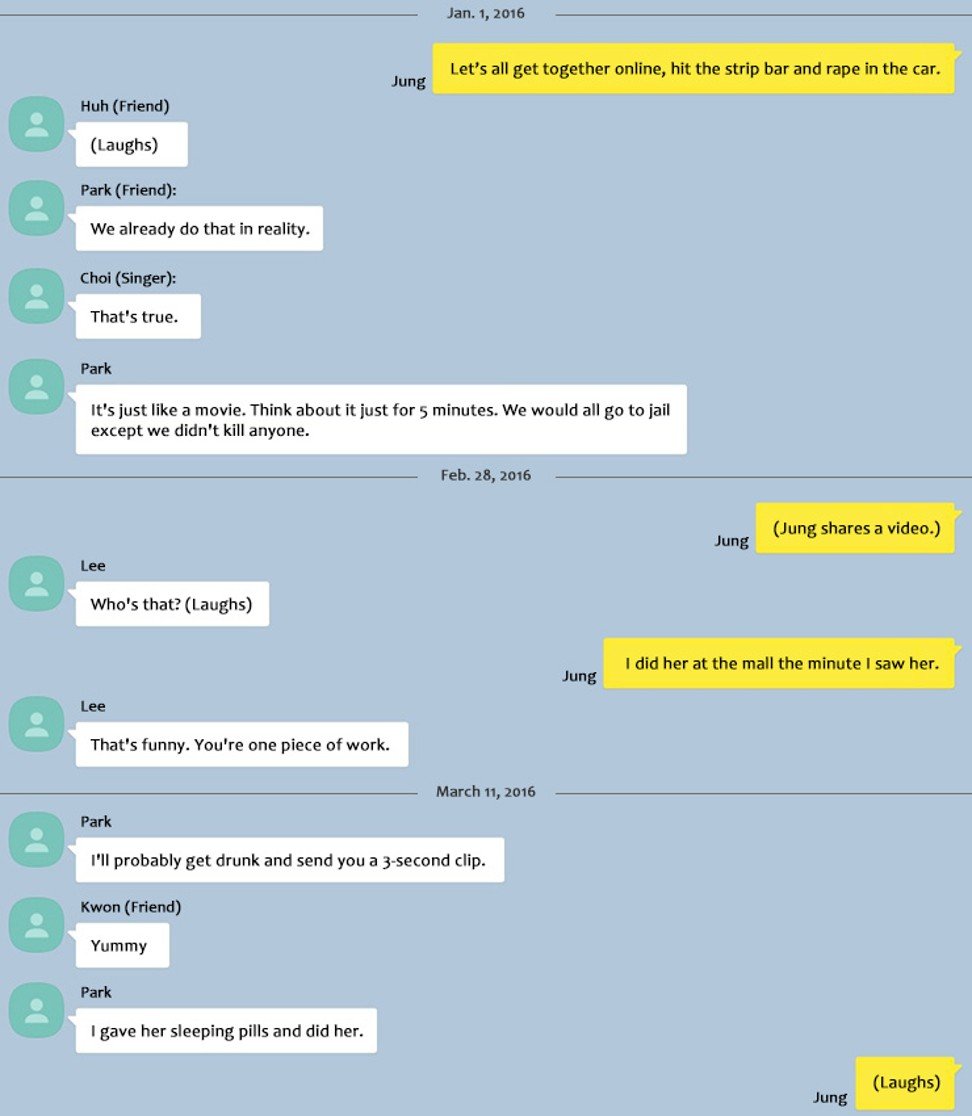 Jung: “Let’s all get together online, hit the strip bar and rape in the car.” 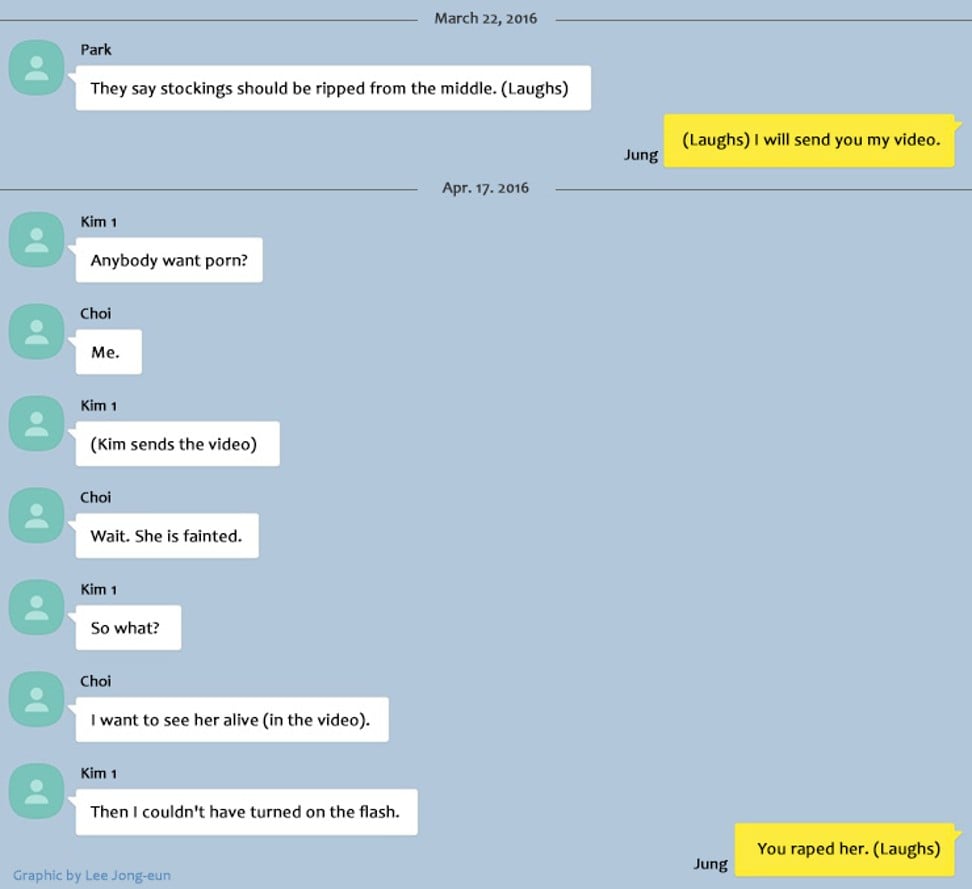 Jung: You raped her. (laughs)

Korea has been gripped by cases of women being exploited including over 6,000 cases of secret camera spying. Now that even the K-pop titans who were once seen as untouchable are now falling like dominos, perhaps it’s “time for K-pop fans to stop idolising criminals and perverts”, as one woman pens.