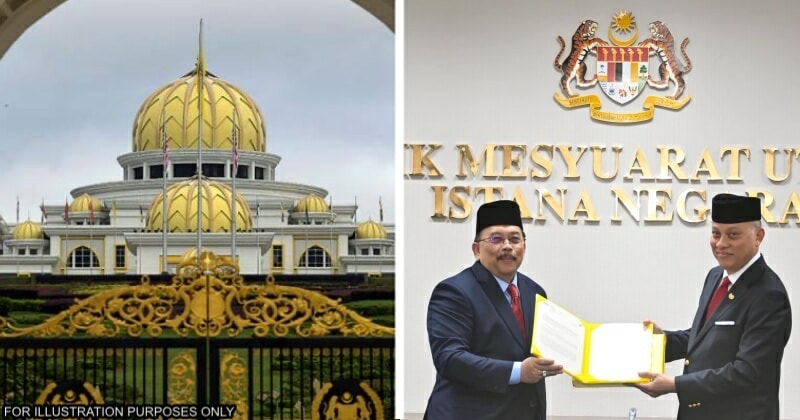 Following the results of the 15th General Election (GE15) yesterday, Istana Negara has released a statement calling for political party leaders and the heads of coalitions with a sizeable number of seats to inform the palace of the political party coalitions that they have agreed upon in order to form the new federal government.

Moreover, the party leaders and heads of coalitions have also been told to submit the name of a Prime Minister candidate to Istana Negara by 2pm tomorrow (21 November 2022).

Besides that, the party leaders and heads of coalitions must also inform of their agreed coalitions to the Dewan Rakyat Speaker. In the statement, the Comptroller of the Royal Household YBhg. Dato’ Seri Ahmad Fadil Shamsuddin said that Istana Negara received the official results of GE15 from the Election Commission at 1.15pm today which confirmed that no single political party managed to get a simple majority to form the federal government. 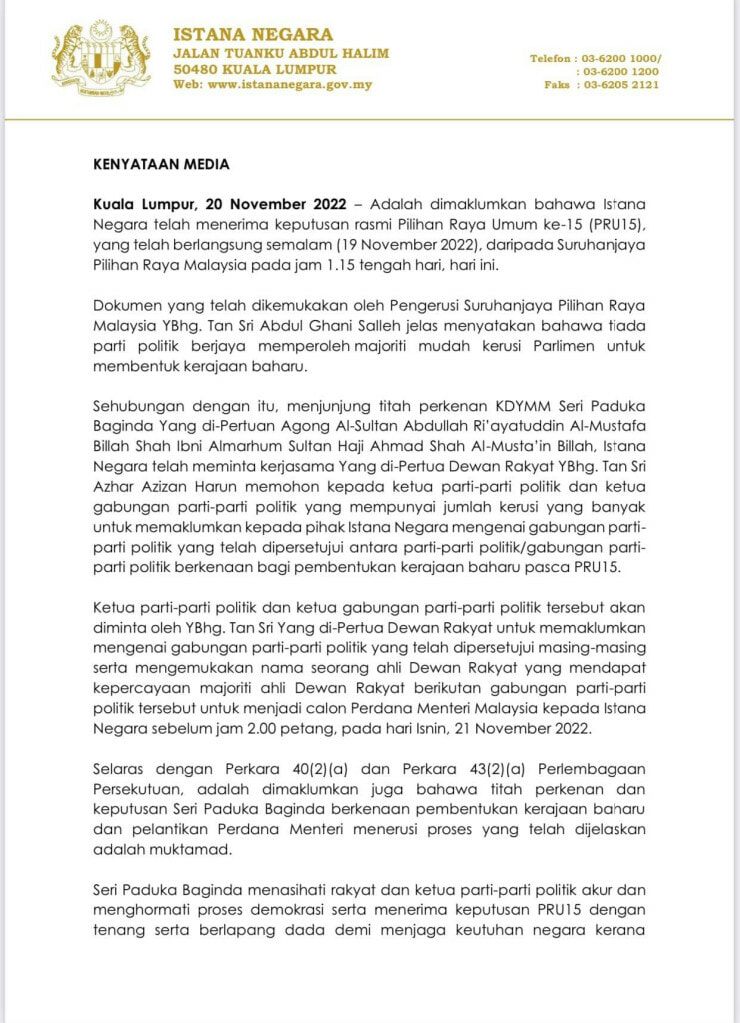 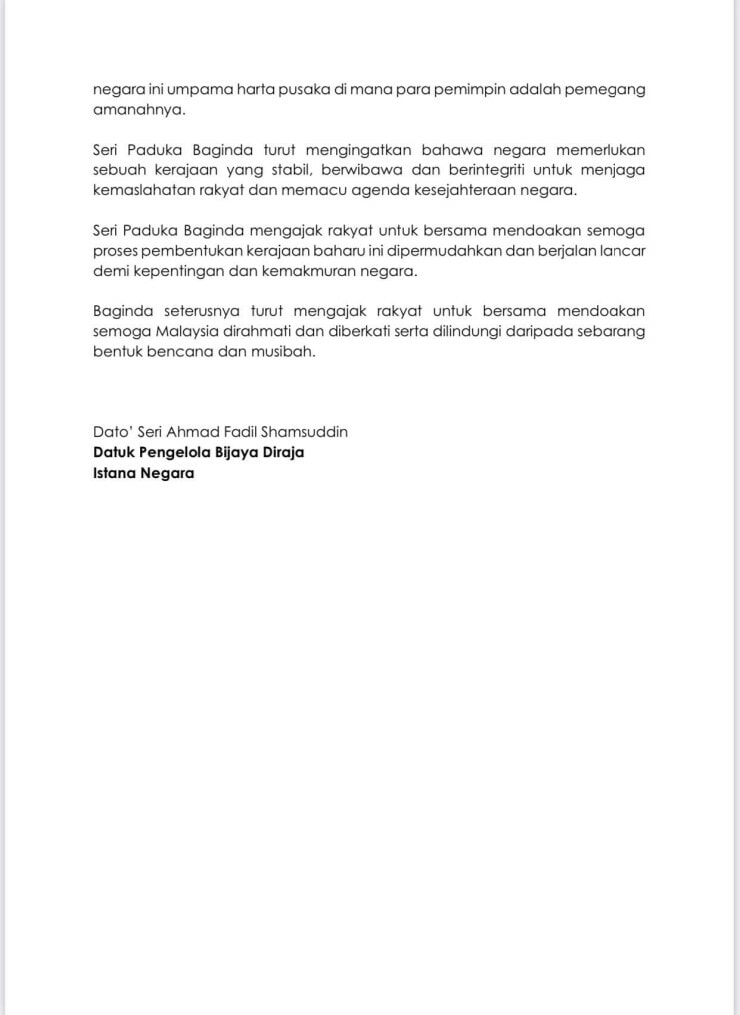 “The Yang di-Pertuan Agong, Sultan Abdullah Sultan Ahmad Shah, has asked Dewan Rakyat Speaker Azhar Azizan Harun to ask party leaders and heads of coalitions that have a sizeable number of seats to inform Istana Negara of the coalition that they have agreed upon to form the next government,”

“The party and coalition heads will be asked by the Speaker to inform (him) of the coalition that has been agreed upon, as well as to propose the name of a MP who has the majority support in the Dewan Rakyat as a candidate for Prime Minister to Istana Negara before 2pm on Monday, November 21”

The Yang di-Pertuan Agong said that this process is in accordance with Article 42(2)(a) and Article 43(2)(a) of the Federal Constitution and advised the rakyat as well as heads of political parties to accept and respect the GE15 results and our country’s democratic process. His Majesty also reminded the people that our country needs a federal government that is stable, credible and has integrity.

So, what do you guys think of the statement by the Istana Negara? Share your thoughts with us in the comments.

Also read: Muhyiddin Met With GPS and PAS Leader To Discuss About Forming Of New Government 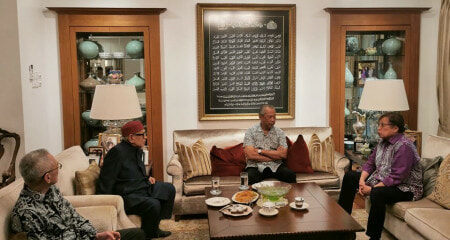