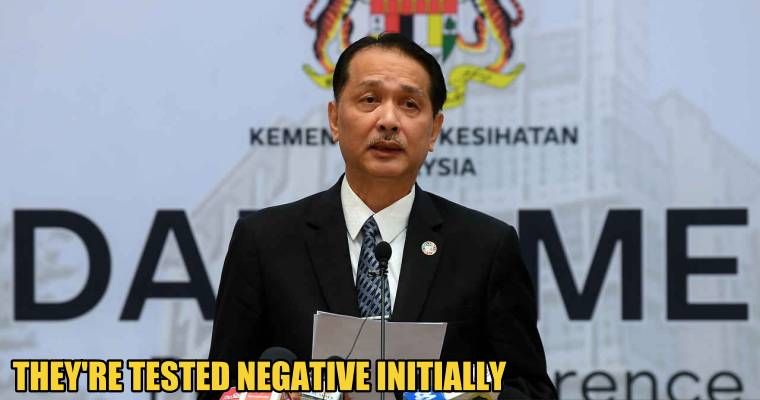 During the Ministry of Health press conference hosted by Datuk Dr Noor Hisham Abdullah yesterday (17 July), he announced that four new Covid-19 clusters were detected from 16 to 17 July.

As the daily new cases returned to double digits yesterday, the Director-General of Health revealed that the four new clusters were the Pitakwa persons under investigation (PUI) cluster, Shirala PUI cluster, Kuching Medical Centre cluster and Jupiter cluster. All of these clusters involve both Malaysians and non-Malaysians. 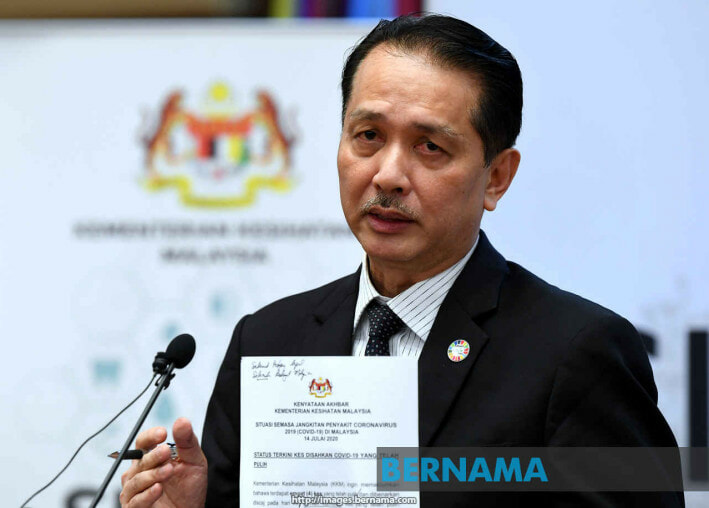 He added that screening and investigations are on-going for these clusters.

Both the Jupiter cluster and Shirala PUI cluster involved non-Malaysians. The one for Jupiter cluster is a pre-departure screening case who was asymptomatic and had been admitted to Hospital Sungai Buloh.

The patient from Shirala cluster was allowed to enter Malaysia on 6 July from India, was tested negative at KLIA. However, symptoms began to show after five days of arrival and the individual was then tested positive.

According to Astro Awani, the Pitakwa cluster’s index case is reported to be a Malaysian citizen (Case 8,737) who returned from Nigeria on 11 July. The screening done at KLIA was found to be negative.

Dr Noor Hisham explained that Case 8,737 had close contacts with 44 other people including family members, flight passengers and crew, taxi drivers and colleagues.

“Following that, 44 close contacts were identified and screened, especially family members, passengers and crews of the aircraft, taxi driver and colleagues.

Of this number, two were found positive, three were negative and the rest are awaiting their test results.”

As for the Kuching Medical Centre cluster, the Malaysian (Case 8,734) is a healthcare frontline worker who was asymptomatic. The individual was tested Covid-19 positive on 14 July and was admitted to Sarawak General Hospital. A total of 26 close contacts were involved in this cluster, and so far, one of them was tested positive.

Earlier today (18 July), the MOH revealed that a new cluster in Sarawak had been detected. This new cluster is called Stutong cluster, and a total of 218 people had been screened. Two of them were positive and 54 were negative. The rest is still waiting for their results.

The source of this cluster is still under investigation.

The battle against Covid-19 is definitely not over yet. Let us not be complacent about the SOP as well as personal hygiene.