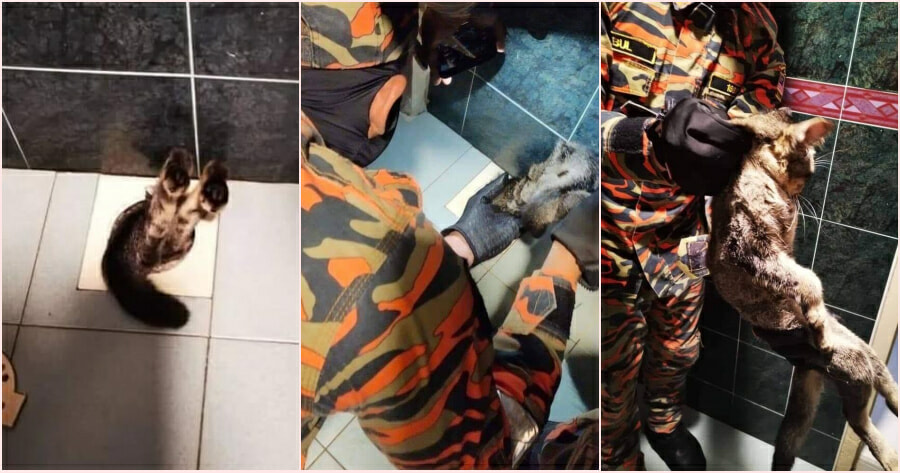 Cats never fail to amuse and make us laugh with their hilarious antics. From one that led to its owner having a sprained toe to another which refused to get off a RapidKL bus.

Recently another one made headlines after getting itself stuck in a water drain and was rescued by the abang bomba. According to Harian Metro, the incident happened at a house in Malacca.

The Central Melaka Fire and Rescue Station (BBP) were called to the house at 12.45pm on 10 October and rescued the cat from the water drain hole it was stuck in. 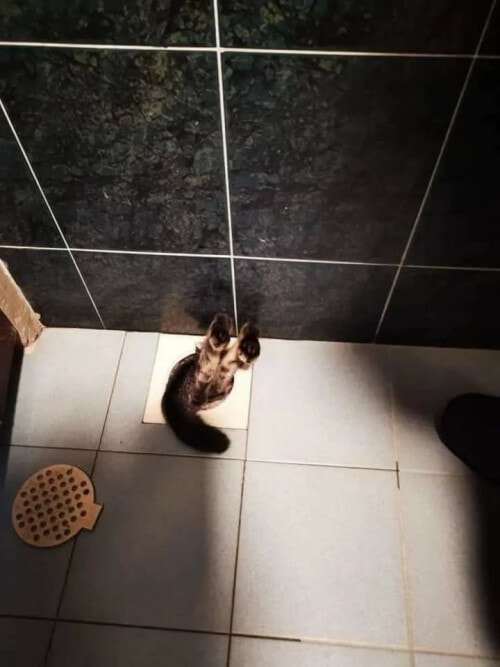 Senior Fire Officer (PBK) II Operations Commander Norezura Md Azam said that his members acted to make a rescue effort after receiving an emergency call from a housing agent. According to him, they found the cat trapped in a drain hole in the master bedroom toilet of the house.

“We could only see its two hind legs and its tail whilst most of its body and head was stuck in the hole.”

He added that they were informed that the house was empty and that prior to the incident, agents had come to clean the residence before the cat rushed into the house.

“The agent involved had tried to pull the cat out but was unsuccessful before contacting the fire department for help,” he said.

The firefighters took about five minutes before successfully removing the cat despite the rescue operation being a difficult one as the drain was bent. 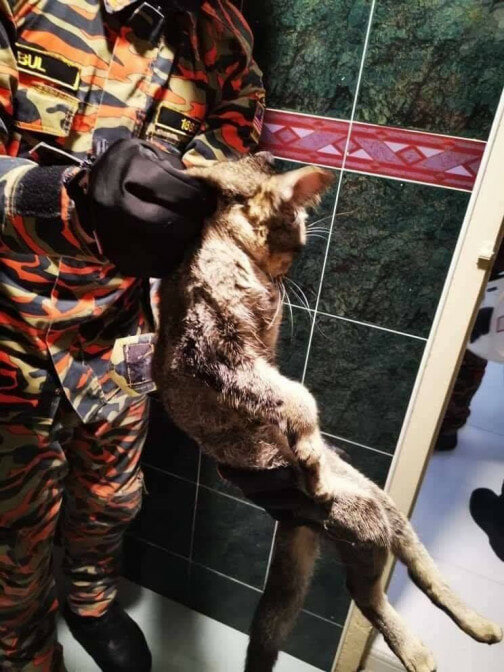 The news was reposted by Twitter user @liyanalunia who shared the images of the incident on 11 October. The post was well-received by netizens who made light of the situation and found it amusing how the cat had managed to get itself stuck.

In her caption, she wrote, “Just troubling our firefighters.” 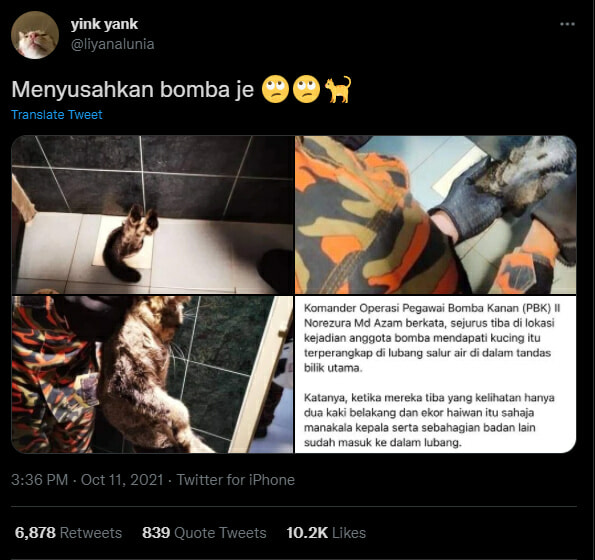 One user said, “Maybe it was pretending to be a rat.” 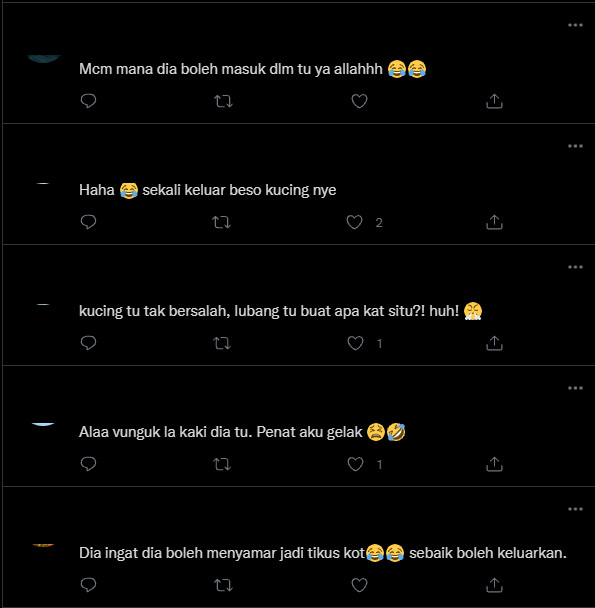 Another said, “Cats are liquid, aren’t they? Here it seems like semi-liquid since it got stuck.”

Some pointed out that for once, it’s not an oyen cat that is notoriously known to get into trouble. “For once, oyen is not the culprit,” said a user. 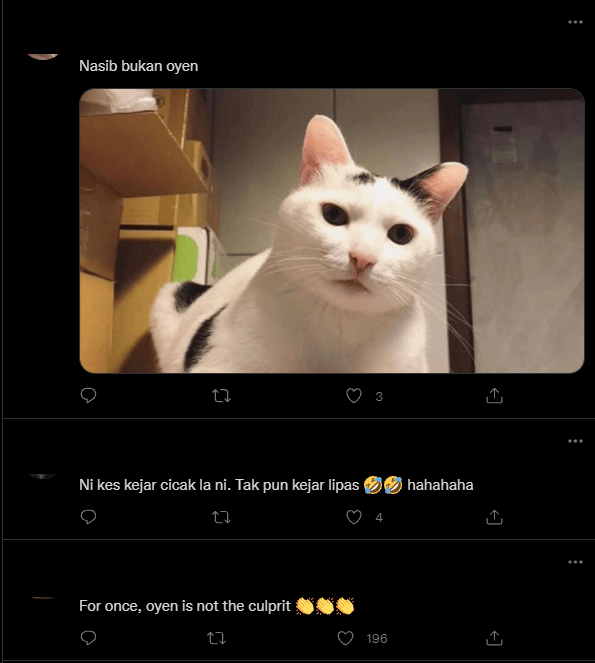 We should take this time to remind pet owners to monitor their pets carefully before they get into some precarious positions such as this one.

Have you had any similar experiences of seeing a cat needing to be rescued by abang bomba? Let us know in the comments.

Also read: This Oyen Is So FAT That When His Owner Collided With Him, She Fell And Sprained Her Toe 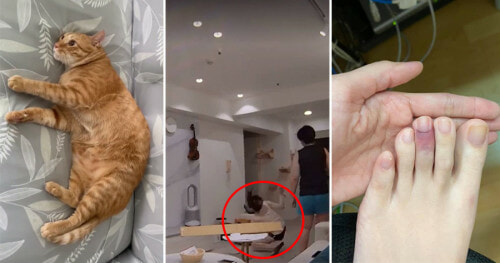