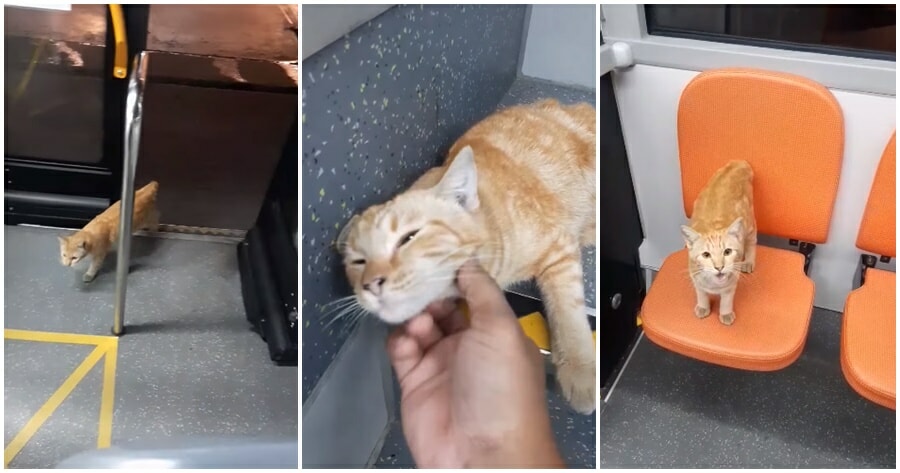 If we had half the amount of determination this adorable Oyen has, we would accomplish so many things in life! 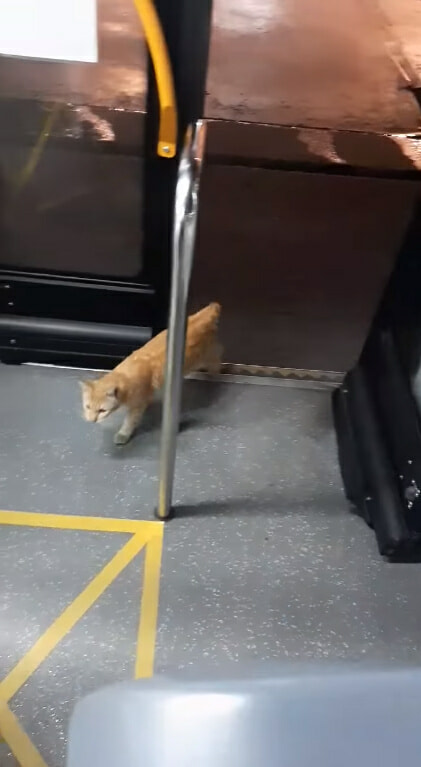 Cat lovers would know of how our furry friends can get away with almost anything once they snuggle up to us and flash those adorable beady eyes. Well, that’s exactly what this Oyen tried to do in order to board a Rapid KL bus and go to KLCC!

In a video shared by Facebook user, Apai Wanakashie on 9 February, an Oyen is spotted walking into a Rapid KL bus unsuspectingly. The bus driver notices the catto’s presence and asks, “Yes, Mr Oyen, where would you like to go?” Oyen meows in response and walks further in the bus as if looking for a seat to get cozy in for the rest of the journey.

The bus driver then says, “Eh, you can’t board this bus.” But the determined Oyen merely looks up at him and meows to stand his ground. At this point, the driver decides to play along and asks the cute catto, “Where do you want to go? KLCC?” Oyen meows in response to signal his agreement. 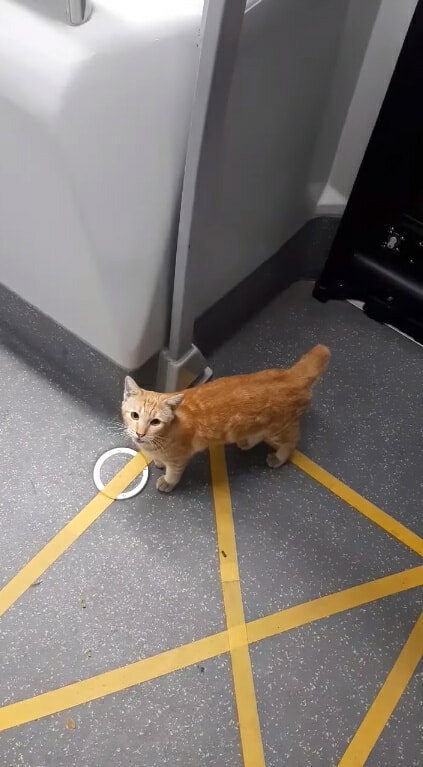 The bus driver sighs and says, “KLCC is closed la!” Nonetheless, Oyen refuses to give up. He walks past the bus driver and heads for the bus staircase. Despite how adorable Oyen is, the bus driver stands firm to his duty and quips, “Eh, where’s your pass? You haven’t scanned yet? What are you going to do upstairs?” 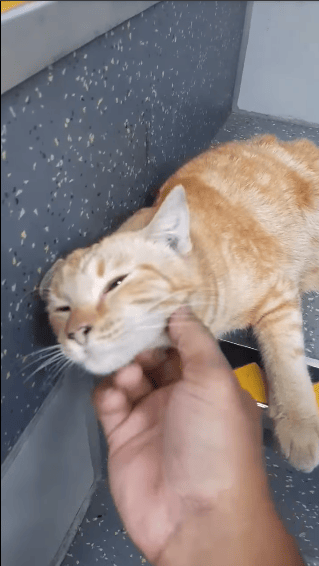 Oyen refuses to take no for an answer and can then be seen getting comfortable on the bus step. While the driver attempts to persuade Oyen to get off the bus, the smart catto plays his strongest card: being manja.

The bus driver gives Oyen a few affectionate pets and the cute catto snuggles up to his hand in an attempt to plead his case and stay. However, the bus driver soon stands up and says “Jom!”, signalling Oyen that it’s time to leave. Oyen tries his luck one last time and jumps on the orange seats of the bus, desperately meowing at the bus drive to let him be. 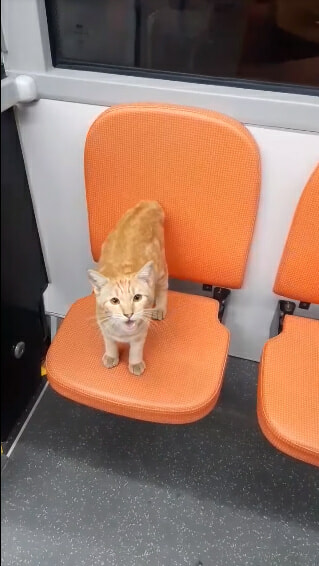 It seemed as though both parties were unwilling to budge so the bus driver used the only other object that cats love more than getting their own way: free food. The second the bus driver said, “Makan” Oyen was willing to comply with his every instruction and followed him out the bus obediently. In exchange, the bus driver kept his word and provided food for Mr Oyen and his fellow companions. 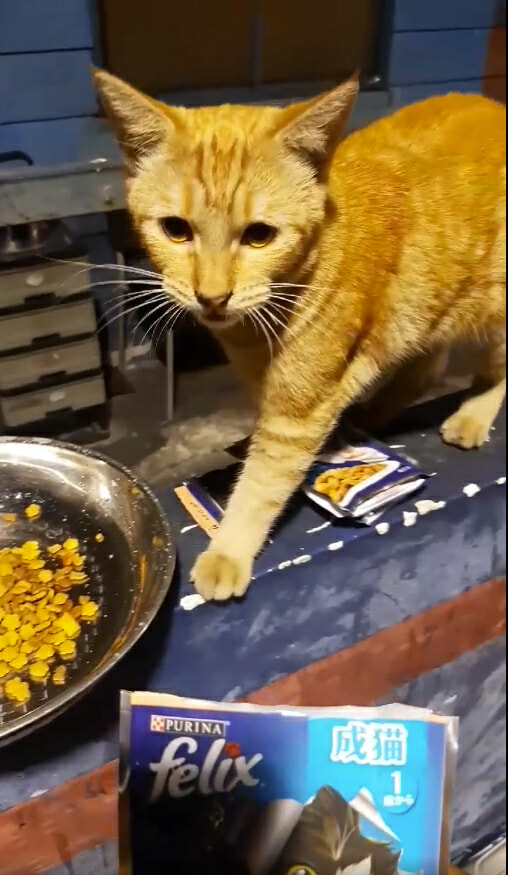 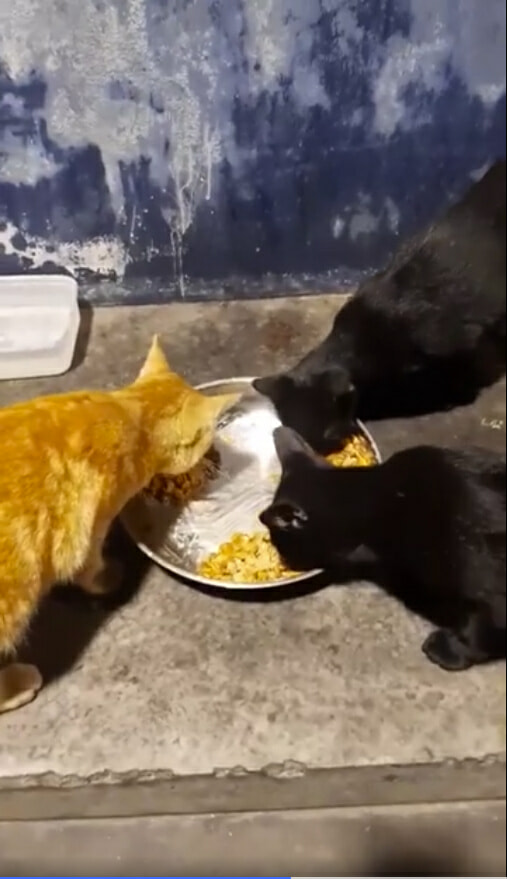 As hilarious as this incident may seem, this isn’t the first time Oyen has boarded Apai’s bus. Just two days prior to this posting, the bus driver took to his Facebook again to share how Oyen made his way onboard the bus. Looks like Apai has a regular passenger!

The bus driver and Oyen certainly share a unique friendship. What do you guys think of this?

Also read: Lonely Catto Gets Teary-Eyed After Owner Calls For It Through Surveillance Cam 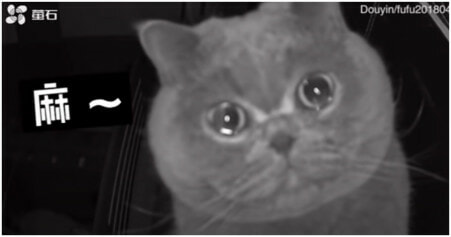