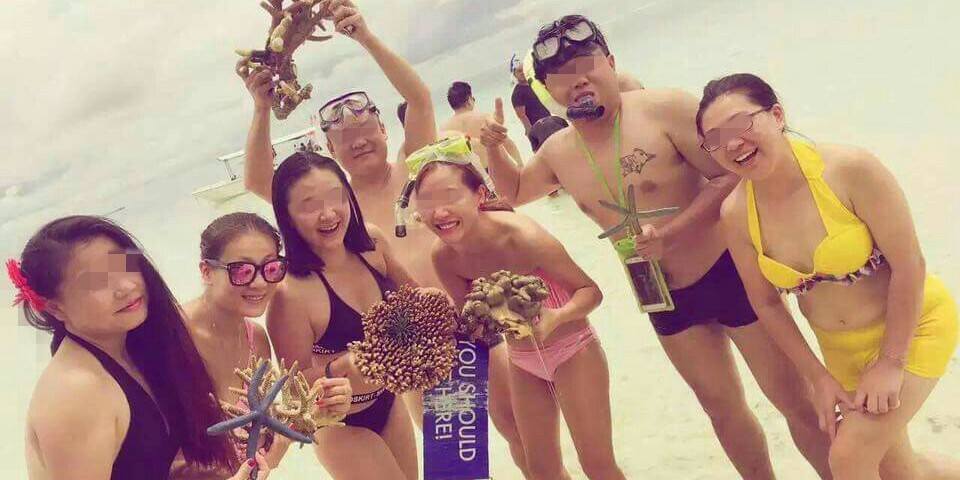 Nature is a beautiful thing. Even if some people don’t love it, us as humans should all respect it as it is our duty to protect and preserve nature.

So when these few images recently surfaced online, Malaysians went absolutely ballistic, and you will as well. 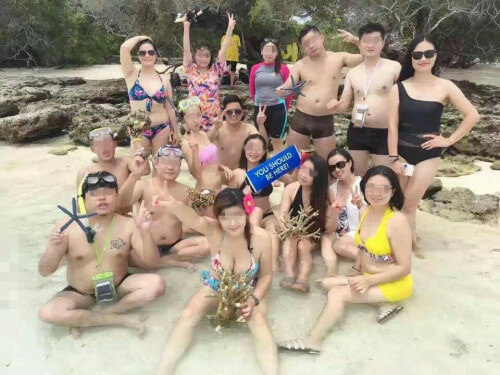 A big group of people in the image were posing to take a picture, but it’s not the bikinis that captured everyone’s attention. This large group of about 16 people were shockingly posing with starfish and corals! Yes, they were holding sea creatures outside of it’s habitat! Just for mere photos! 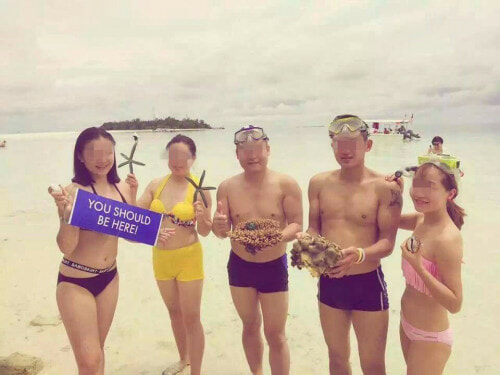 Of course, netizens were pissed off seeing how these people very inconsiderately behaved. Although the location was not revealed, but it is strongly believed to be a Malaysian beach as the tourists were using a local travel tour guide, known as Nawir Elkaniseries. The beach could possibly be in Semporna, Sabah.

One person clarified that these were actually Chinese from China and that they were informed during the trip to always respect the sea and its creatures.

But apparently, they did not heed to the advice and went about doing their own business – thrashing where ever they set foot on.

Understandably, many bashed them for their disgraceful behavior and ignorance.

“This is NOT good at all…,brainless..or maybe they do not know anything abt the marine life…staghorns corals takes 4-15 days to grow only for 2-3 mm…Its a shame that we have this kind of people tat contribute for destroying our marine life…sad”

Even a member of WorldVentures shared his disgust and mentioned that these people have brought shame to the Blue Banner company:

“Me and my wife are proud of our travel business and we are promote people to enjoy the nature not to destroy it. So it has nothing to do with the Blue Banner company. It’s a problem of PEOPLE.” 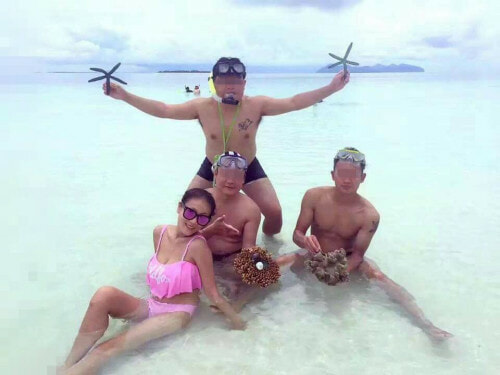 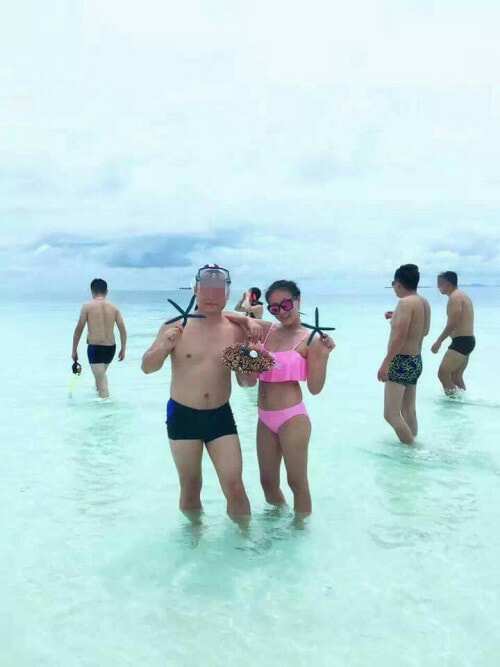 It’s almost shocking how nonchalant these people are posing with these sea creatures. Let’s hope someone would’ve advised them NEVER to do it again, ESPECIALLY in our own soil! Then again.. some mainland Chinese people can be pretty stubborn.

I mean, even their own Chinese people cannot stand them. A couple months ago, one lady went viral after calling out these ill-mannered mainlanders.

Edit: The tourists had travelled under an individual guide known as Nawir Elkaniseries, not WorldVentures.

Watch: Chinese Woman Calls Out China Tourists for Unacceptable Behaviour, Even Cursing Them for it 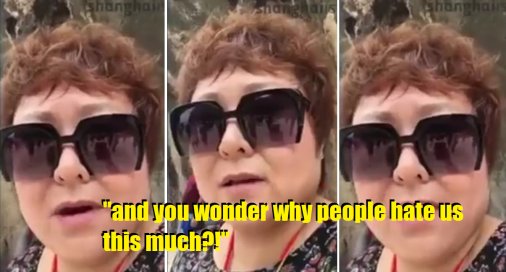