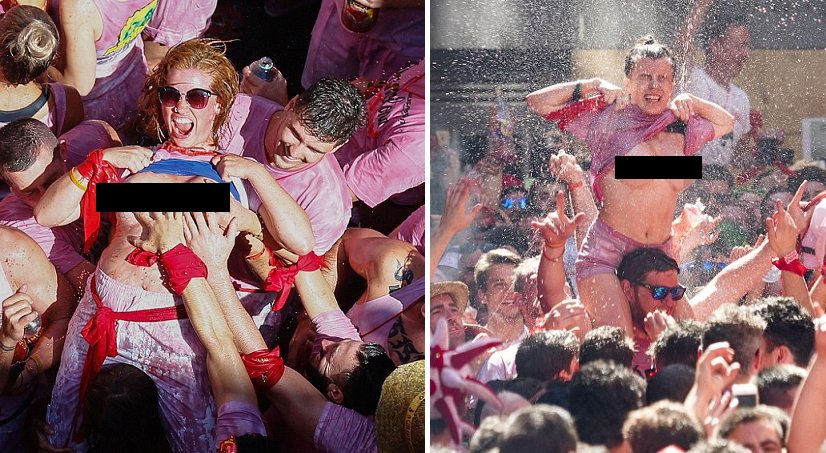 Things got so turnt up at this year’s San Fermin Running of the Bulls festival that some revellers seemed to loose all inhibitions.

In fact, some of the female participants just decided to let loose their ladies, and flashed them to throng of revellers whilst roaring with laughter. In the festival which was held in Pamplona, Spain, thousands of party-goers crammed into the streets of the northern Spanish town. So much red wine was thrown into the air that it washed the revellers – wearing the traditional uniform of all-white with red neckerchiefs – into a sea of pink. 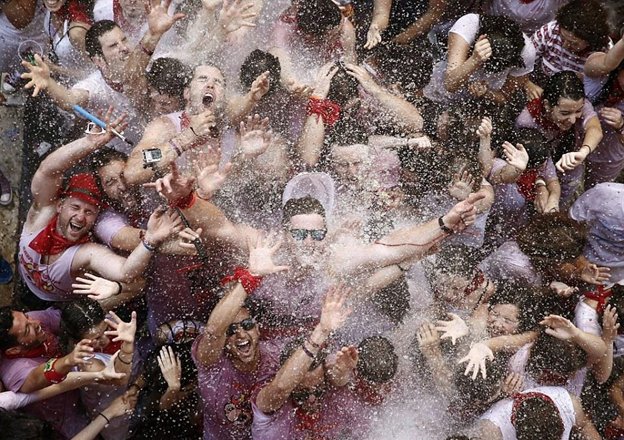 Some of the women who attended the festival got so hyped that they flashed their breasts for all to see. What made it even jaw-dropping is that the ladies didn’t mind as the surrounding men stretched their arms out to grope their breasts. 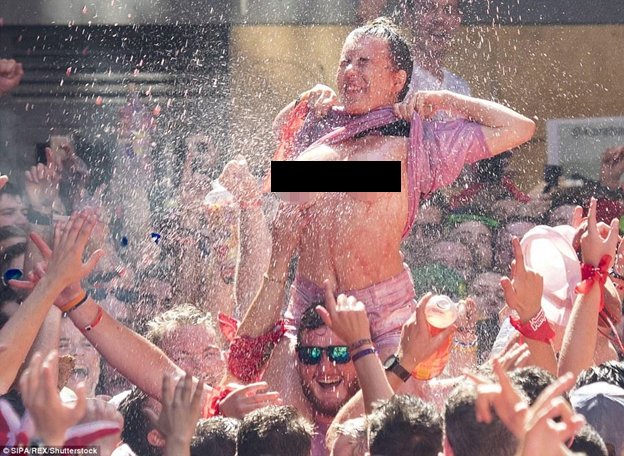 The internet was not too happy about the women baring their chests for strangers to see and grope.

One person wrote, “What is with these women? Where are your moral values and self respect? How can you let total strangers grope you and you roar with laughter? What if things get out of control and people start misbehaving during or after the event? Who is responsible then?”

Another said, “Good job girls , you made your parents and ancestors proud :D”

However, there are a number of peoples see no problem with these women’s actions, saying that what they do with their body is their own choice. No one should judge. 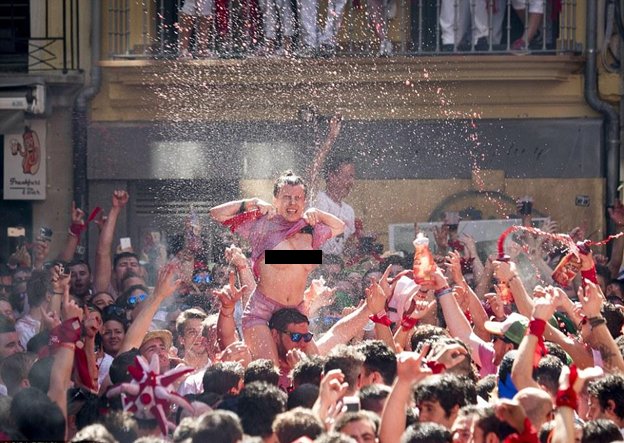 The festival is infamous for it’s all-night partying and the Running of the Bulls event. Matadors and brave participants are chased through the winding cobbled streets by the raging bulls, and it’s uncommon to find an impaled, trampled or knocked over victim. 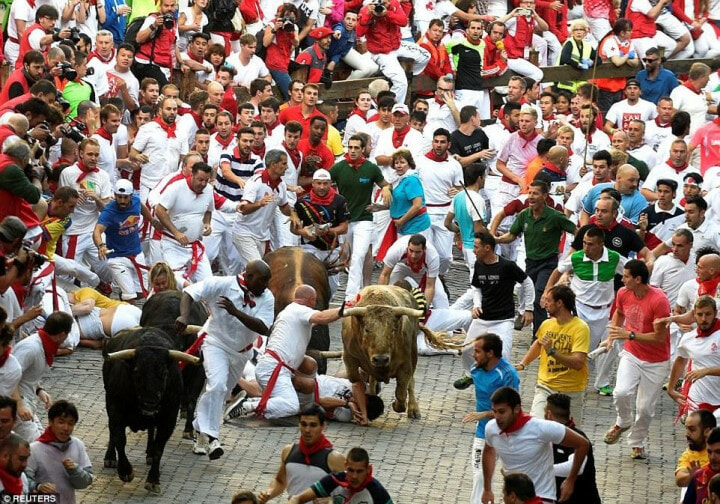 Those less-inclined to being chased by a bull sit with their legs dangling off balconies, and take part in the mass drinking in the central city-hall square.

Everyday throughout the festival, the willing and brave gather at the edge of town at 8am to race six bulls as they charge through the streets.