Recently, the internet world went abuzz when a video of a little kid crying and whining was posted on social media. The father of the crying child, Hong Zhi Jie, was the one responsible of posting said video and was then reshared by Facebook page, Asian Crush.

Apparently, the child was in tears because his mother had used a slipper to kill a cockroach. After the ‘murder’ took place, the mother tried to reason with her son.

The mother asked the boy what was he crying about and he said she had killed the cockroach. However, feeling incredulous as the cockroach was just a pest, she tried to reason with him. Instead, he replied back:

“But it could have hid in this drawer and found it’s mother. Now you killed it, and it’s mom can’t find it anymore.” 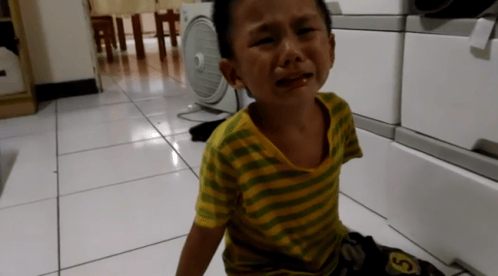 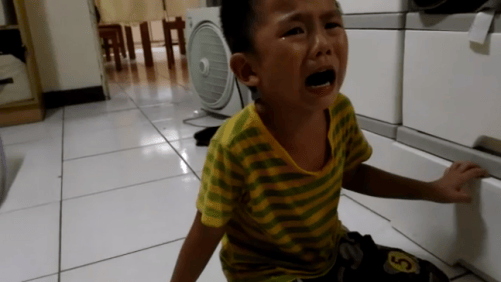 Helpless and sprawled across his home floor, the distraught boy continues to mourn for the lost life of the cockroach.

Feeling slightly guilty, she tried to trick the poor child into thinking that it was alright. “But I didn’t kill it,” she said. The little boy interjected her reply and asked,

Ignoring his silly question, the mother tried to trick him again. She said “But I didn’t hit it.” to which he screamed “You just hit it with this!” and pointed at the slipper on the floor.

Finally feeling exasperated by the innocent boy’s antics, she warned him to stop crying. But the boy wasn’t done. He argued with his mom  “It would have run off eventually,” and she defended by saying  “But it didn’t move.”

He responded saying, “If you just touch it gently, it would have ran away.”

After watching the kid’s antics, the internet had a good laugh and decided to share it with the world. Others saw the kindness of the boy’s heart and shared it as a lesson to other.”

“Little kids are so funny.”

“What a kindhearted child. His heart is really innocent and pure. We need this kindness in this world.”

“What his video tells me is children are born with an innate appreciation for life and to be kind.”

Although pests like cockroaches may carry diseases, the boy who was still young didn’t understand that.