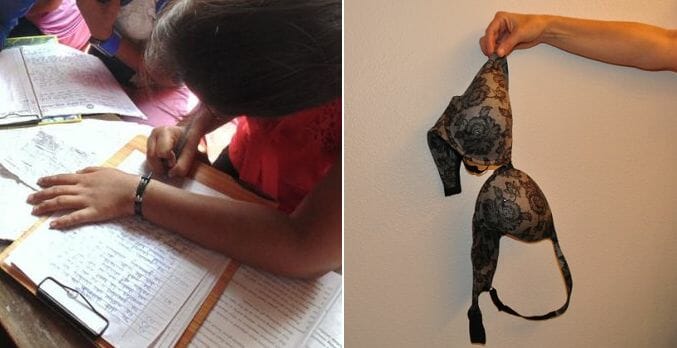 We’ve often been tempted with the idea of cheating during our exams but more often than not, we rely on our awesome brain power to get through it. Not to mention vast amounts of prayers of not failing as well.

But in India, the cheating problem is so prevalent there that they have installed metal detectors to prevent students from cheating on the the entrance exams for India’s prominent medical schools. 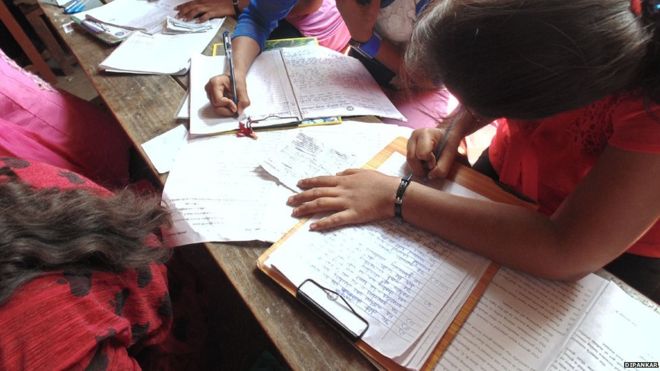 They even came up with a list of articles of clothing that were not allowed to be worn which includes dark clothes, long sleeves, brooches, badges, closed shoes and socks, but the list did not mention anything about bras.

In a turn of unfortunate events, an Indian girl was forced to remove her bra after it set off the metal detector just a few minutes before her exam. According to the Star, she was at the Kerala test centre on Sunday for her exam and said,

“At that time, they told that without removing my innerwear, I cannot enter the exam hall since they (bra hooks) are made of metal. So, I took off my bra there itself and gave it to my mom, she was waiting outside.” But, that’s how bras are made!

The unidentified student said, “I lost all my confidence and composure when I was asked to remove it in front of everybody.”

Not only that, another parent came forward and said that his daughter was forced to removed the button off her jeans as it was made of metal and caused the detector to beep. 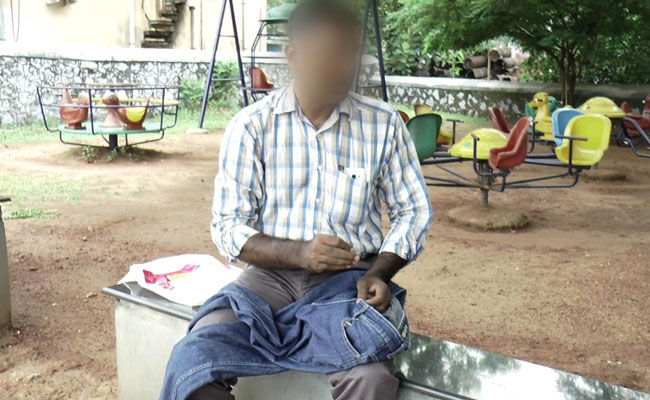 “She was sent back, she came back and told me ‘Papa, the jeans button has to be removed, the button is an objectionable item’. Promptly I removed the button. Then I went to a shop about three kilometres from the exam centre and bought a new dress for her after getting the shop opened,” he said.

The principal of the school, Jalaluddin K. stated that he was not aware of the incident but confirmed that this was standard pocedure.

“We have clear instructions that if the metal detector beeps, no one can be allowed inside. Whenever it beeped, we told students to remove what they have,” he said. 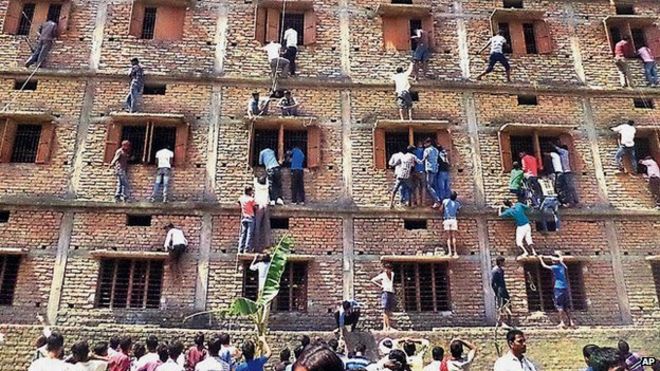 Cheating in India is a common issue and many people have tried more creative methods of trying to pass the exams, including climbing the school walls to steal the exam papers.

But whether they had to go to the extent of having a student remove her bra, it garnered mixed emotions. Some understood that the exam board only wanted to make absolute sure no one cheats, while others think doing so had caused a student to lose her focus during the exam.

What’s your thoughts on this issue? 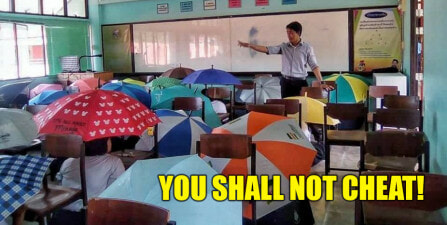