We’ve seen many videos and pictures of people pulling some of the most hilarious jokes ever. But have you ever seen a prank gone so right yet involved the authorities?

A few images have gone viral in Malaysian social media depicting ads that are pretty controversial.

Of course, we know this could not be a legit ad, and undoubtedly, one troll decided to Photoshop a couple of billboard signs by AIA to indicate the encouragement of taking drugs. 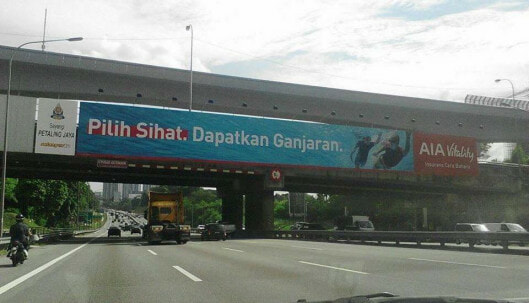 The hilarious pictures went viral and of course Petaling Jaya City Council (MBPJ) just had to rain on the parade. The corporate communications director of MBPJ, Haniza Abd Hamid criticized this incident when speaking to Harian Metro, citing it as an irresponsible act.

Haniza wants the internet to stop spreading those pictures because she believes that this was an act to tarnish MBPJ’s reputation – all public signage and billboards must first be approved by them before being put up.

“I hope people will not share the digitally-altered image further”

But this doesn’t bring down the Malaysian mood as netizens chime on and joked along with the pictures.

What’s the biggest prank you’ve ever pulled? Share with us in the comments!