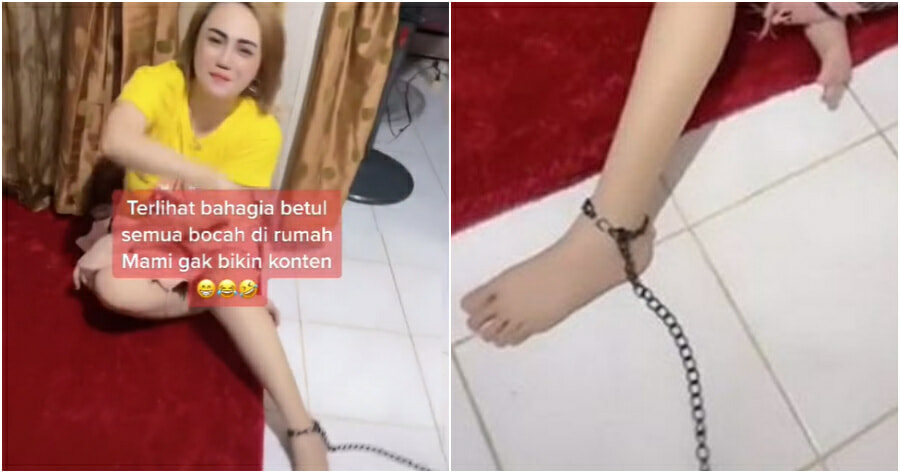 Recently, a man from Indonesia did something way more than just confiscating his wife’s mobile phone after the latter had spent too much time on TikTok. He decided it was best to chain his wife’s feet to avoid her from further creating even more content, as reported by Suara.

The video which was recorded and uploaded onto her TikTok account, featured the wife who was sitting in the living hall with her left foot chained to a sofa nearby. 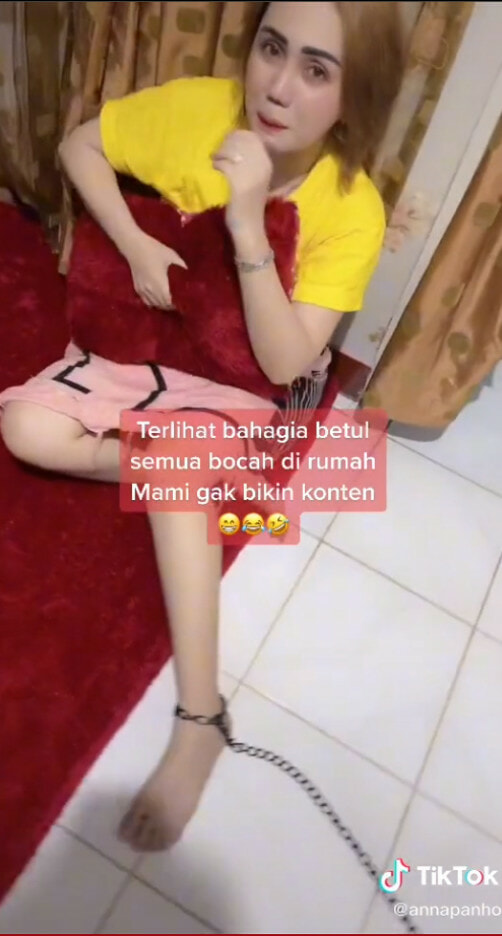 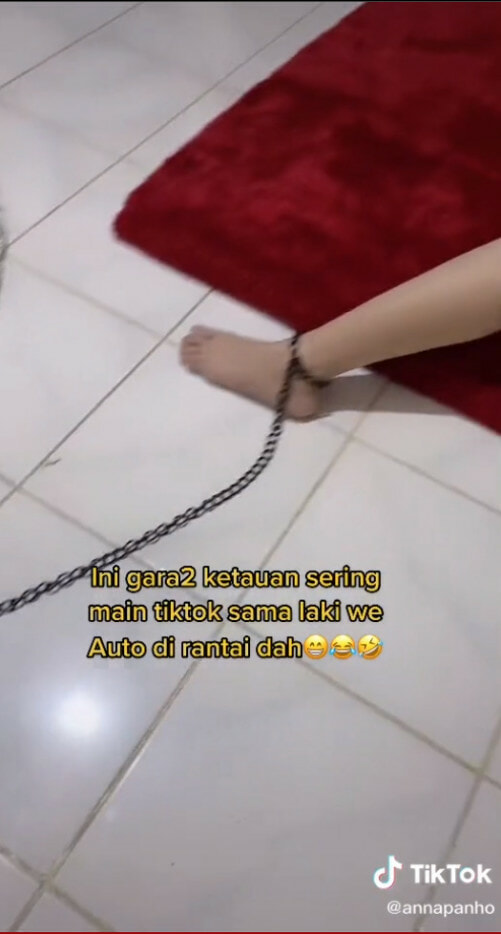 According to BeritaBali.com, her children were reportedly happy to see their mother being chained up as they would not have to see her creating more content on a daily basis on TikTok.

Netizens flooded the comments with a lot to say about this but surprisingly, most of them seem to be on board with the husband’s decision to chain her up.

One user said, “Should’ve tied the hands as well.”

“Well done. It’s good to do this,” said another. 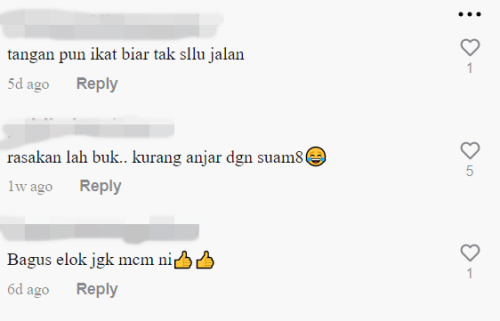 Another user said, “Feel it. I think she was asked to cook but was scrolling on TikTok instead.”

However, some netizens also pointed out that the couple from Jakarta may only be joking with one another as the wife can still be seen smiling towards the camera when the video was recorded.

Whilst TikTok may be fun to explore, it’s never a good idea to spend too much time on the application or any social media.

Do you know anyone that is addicted to TikTok? Let us know your thoughts in the comment below!

Also read: “I was worried it was a prank” Food Rider In KL Accidentally Ends Up In A Cemetery While Picking Up Order 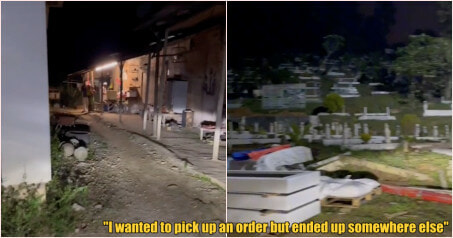