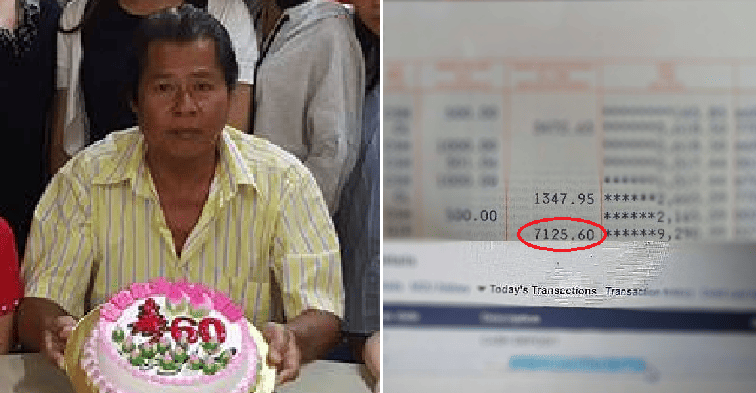 Honestly, what would you do if you discovered that someone suddenly gave you free money but they don’t realise it? Most of us would probably just pocket it and use it right? For this trustworthy man, he decided to resist temptation even though he had been unemployed for more than a month. 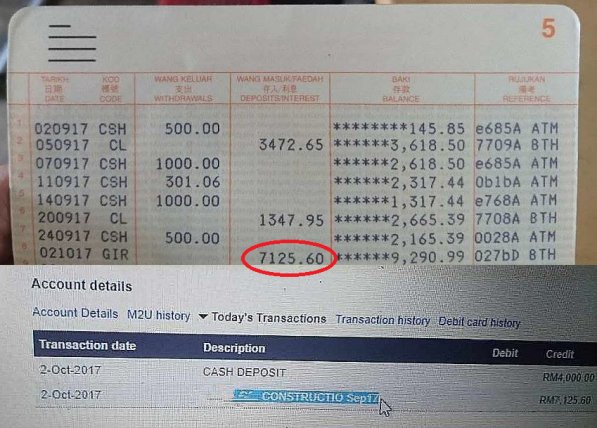 A netizen, Shena Lee recently posted about how her father accidentally received more than RM7,000 in his bank account on October 2nd and returned it to the rightful owner. So decent of him!

She wrote, “Today my father went to the bank to update his passbook and found out that he had a sudden windfall of  RM7,125.60. Surprised, he told me about it and asked me to check on the money. So, I made a call to the bank and asked them to check on this issue.” 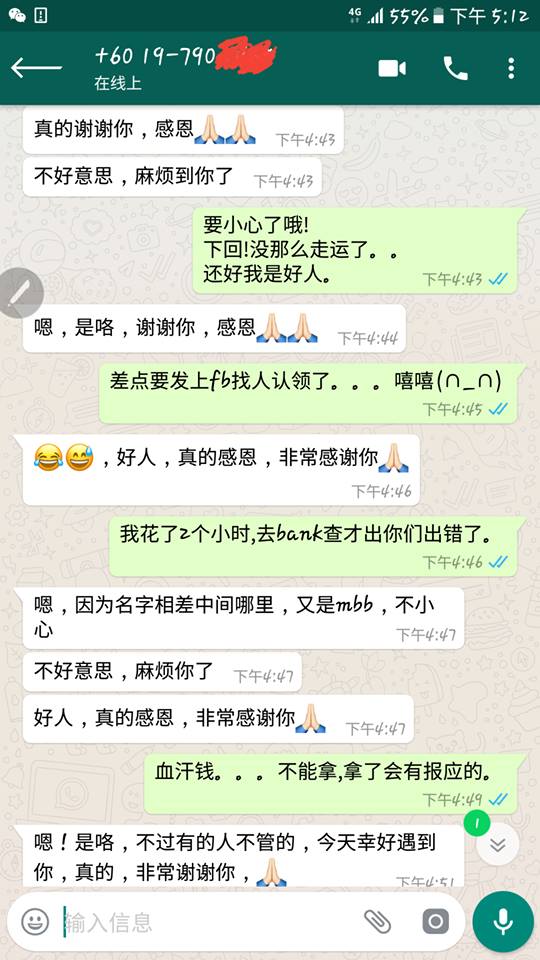 “They asked me to create an online banking account for my father so that he could check his transactions and find out where the mysterious money came from. When we accessed his transactions, we managed to find the person who transferred the money to my father and went online to look for their details.”

“That was when we found out that it was a company who had recently transferred two months’ salary to one of their employees but they had transferred it to the wrong account. Apparently, my father’s name and the employee’s name was very similar, plus their account numbers were also very much alike, hence the mistake.” “The company was very grateful for our help in contacting them as they would not have realised the mistake. My father reminded me that we shouldn’t take what doesn’t belong to us and said that he would return the money. He also said that this was the innocent employee’s hard-earned money and even though he didn’t have much money, he wouldn’t take it.”

This post garnered a lot of praise for Shena’s father and netizens said that he would have a lot of good karma in return. Some even said that because of his kindness, he would be able to find a job really soon and he was a good role model. Shena said, “I only hope that my father will be strong and healthy, then our family is happy enough.” 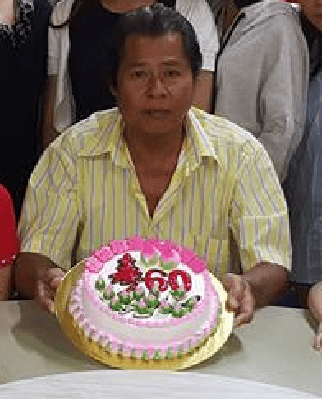 Meanwhile, others also shared their experience with transferring money into wrong accounts and lamented that the person who received the “windfall” weren’t as honest as Shena’s father.

Kudos to Mr Lee for being such an honest man! Honesty is indeed the best policy in this case! 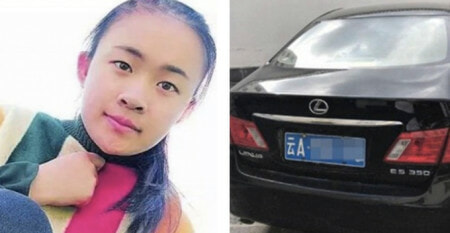