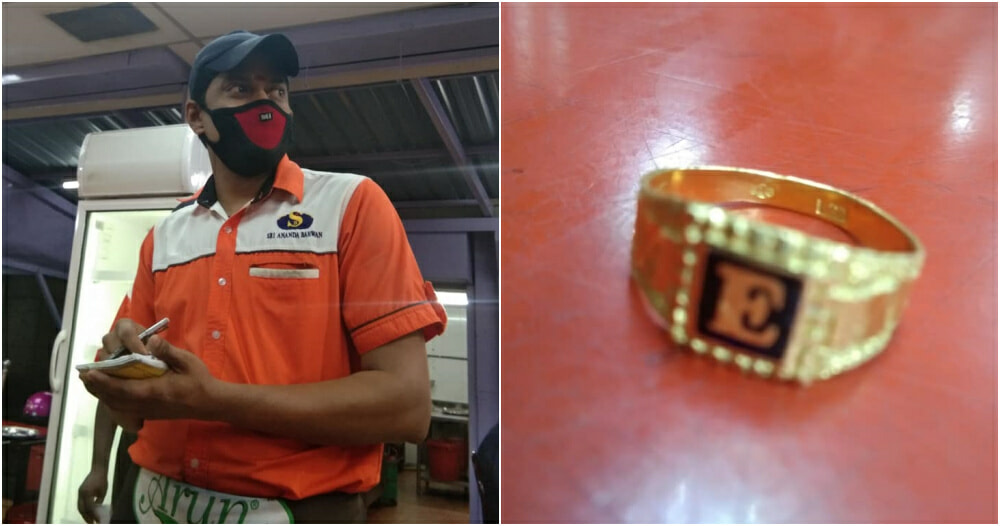 Recently, a Malaysian Facebook user, Kunavathi Paul Raj, took to her Facebook to share the heartwarming story of how a waiter returned her son’s gold ring.

The hero, Nahendran, who works as a waiter at Ipoh’s Sri Ananda Bahwan restaurant received countless praise from netizens which led to Kunavathi’s post gaining more attention for the kind waiter’s good deed.

In her post, Kunavathi explained that she and her son decided to go to the restaurant for breakfast last Tuesday, 30 March.

Unknowingly while having breakfast, her son’s ring slipped off his fingers. 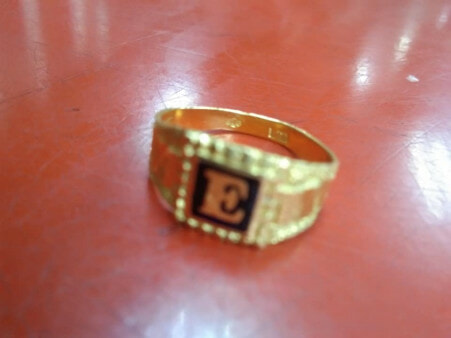 “After having breakfast and paying the bill, we were walking back to our car when suddenly, a waiter named Nahendran from the restaurant caught up to us from behind and asked us if we were missing a ring,” she said.

“Only then did my son realise that his ring was missing from his finger,” she added.

She then told the waiter that her son indeed lost his ring.

“He showed the ring to me [to check] if it was his, and it was! I am very thankful for this wonderful and honest waiter,” she said. 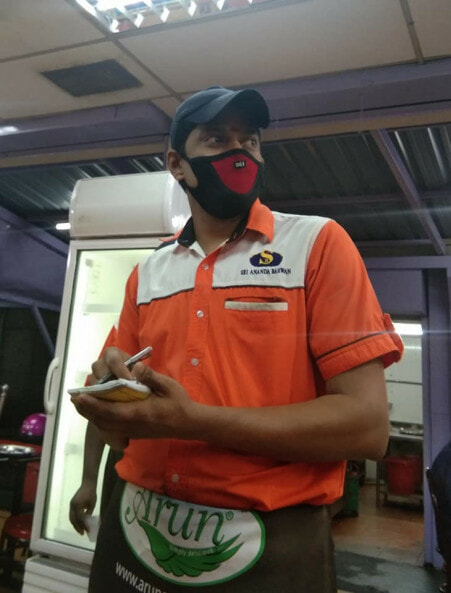 Kunavathi, who is a retired teacher, told WORLD OF BUZZ that she is not a regular customer as she is from Kuala Lumpur but she does go over to Sri Ananda Bahwan restaurant whenever she is in Ipoh.

“I’m from KL. Ipoh is our hometown. When I’m in Ipoh I’ll usually go there for my breakfast and meals,” she said.

Kunavathi expressed how she was taken aback at the waiter’s honesty and how he made the effort to return the ring.

Netizens also pointed out that it is indeed rare to find a worker who would make such an effort to return an expensive item back to its owner.

Went to Sri Ananda Bahwan in Ipoh for breakfast today morning. Unknowingly while having breakfast, my son did not…

“It is very difficult to find a genuine person like him. What an amazing guy! The employer of Ipoh Sri Ananda Bahwan should be proud of him. God Bless you, Nahendran,” Kunavathi added.

Also Read: Cheeky 4yo Spends RM900 With Dad’s Credit Card & His Parents Had No Clue! 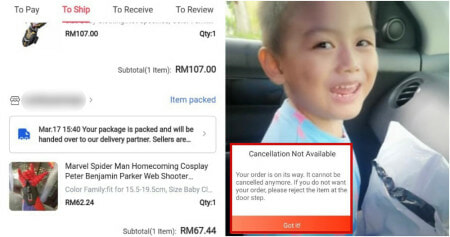