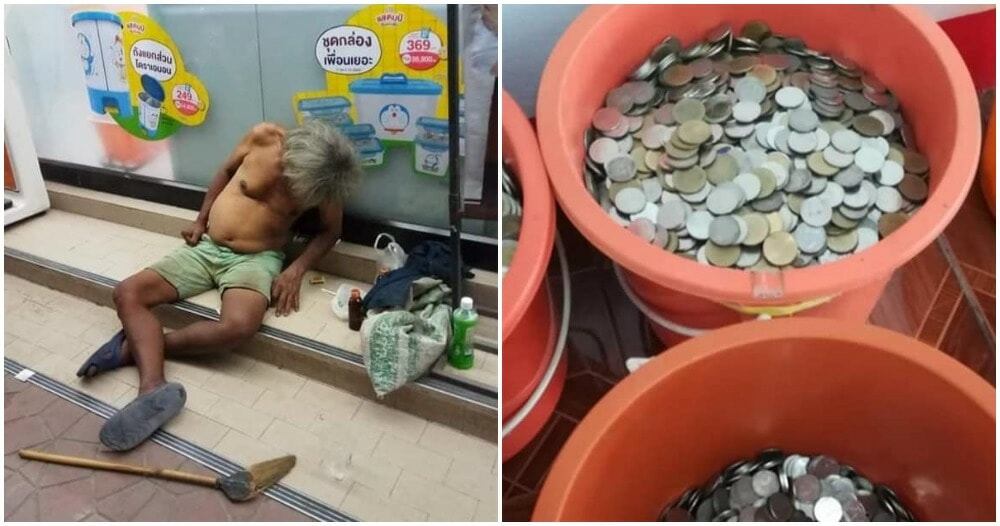 They say that people who do not have much are the ones who give the most, and we believe that it is the truth.

According to Khaosod, this homeless uncle has donated all of his life savings (a tremendous amount of coins in many different pails) to a temple before he passed away. 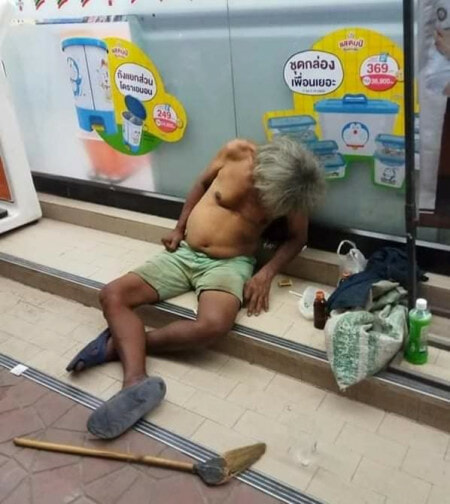 A post by a woman has gone viral on Facebook talking about an uncle’s selfless act right before he passed on. He is said to be homeless and sleeps in front of a 7-11 in Lob Puri. To sustain his living, he scavenges around the area.

The Facebook post that went viral on Christmas Day has garnered about 19k shares and 30k reactions.

“RIP to the scavenging uncle who lives outside 7-11. Even when you leave, you still asked your relatives to bring your life savings to the temple. You are really great.”

Netizens are saying that he is a really amazing man and they hope that he will be going to heaven so that he can finally rest in peace. 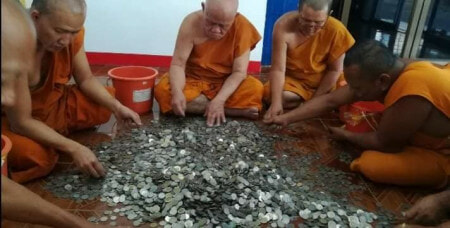 It is not known how much money was in the pile but from the pictures, it looks like a lot. We’re sure that the money given by the uncle will be put to good use by the temple and may he finally rest in peace.

Also read: Teen Caught Speeding Cries As His Family Forgot His Birthday, Police Buys Him Cake Instead Of Saman 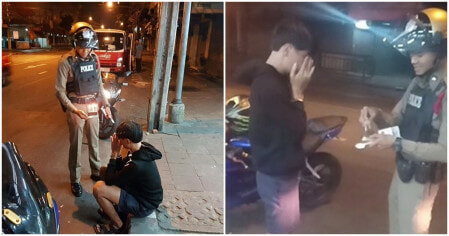