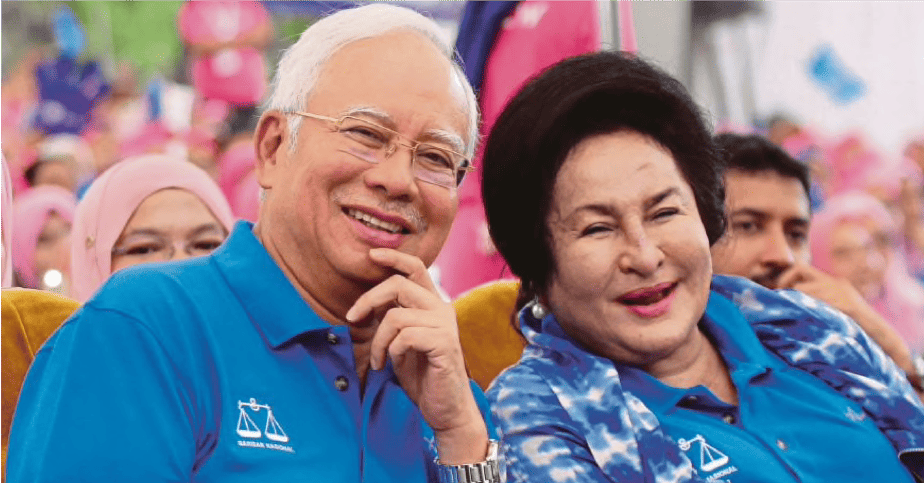 Last Friday (26 Oct), the Negeri Sembilan Palace has stripped both Najib and Rosmah of their Datuk Seri and Datin Seri titles. However, throughout his political career, Datuk Seri Najib Razak has been bestowed with 14 state awards while Datin Seri Rosmah has nine awards.

Although the Negeri Sembilan state has decided to retract its awards from the couple following the 1Malaysia Development Berhad scandal, both of them will still be carrying the honour from the other states.

Malay Mail has released a list of the awards given to both Najib and Rosmah according to the respective states. The list is based on information obtained from the Ceremonial and International Conference Secretariat in the Prime Minister’s Department. 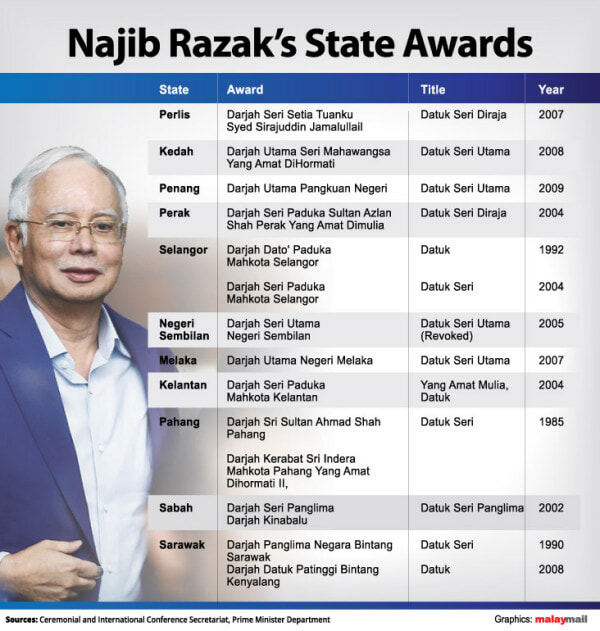 Najib who previously had 14 titles will now have to move on with his life only to be carrying 13 titles. It’s ok Datuk, chin up! 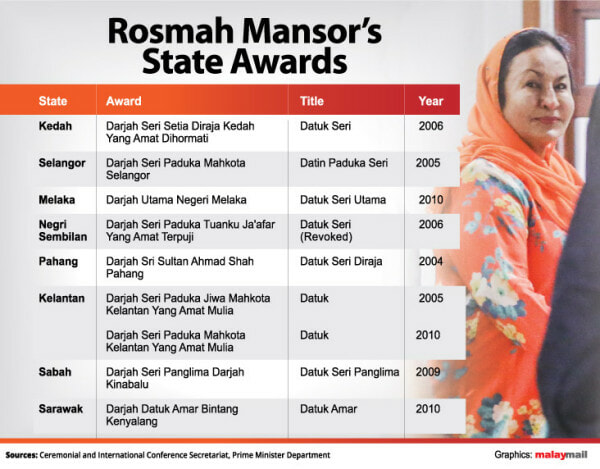 Rosmah suffered the most with the loss of one title because it is actually from her home state of Negeri Sembilan. She now only has eight titles. Alamak kesiannya!

As the investigation goes on and the charges continue to pile up, will the remaining states retract their titles too? These honorary awards represents, well, honour. Hence if somehow the couple are found guilty, expect more and more states to strip the couple of their remaining title. 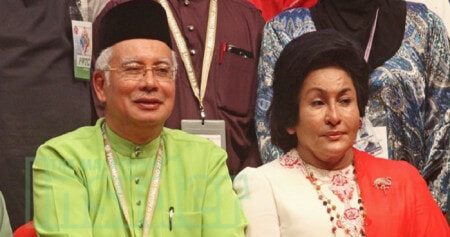