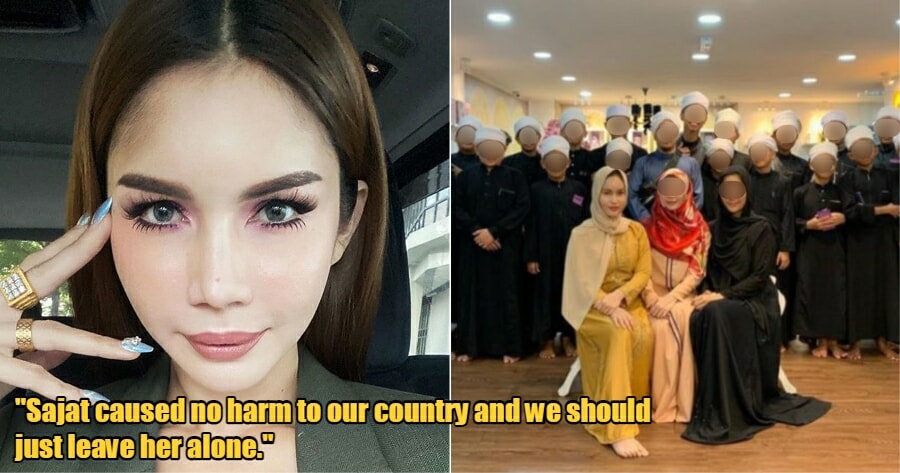 Recently, the hashtag #LeaveSajatAlone has been trending on Malaysian social media after transgender entrepreneur, Nur Sajat (formerly known as Muhammad Sajjad Kamaruz Zaman) was caught by immigration officers (and then later released on bail) in Thailand.

But that’s not the reason why people are calling for her to be left alone.

Based on a report by Sinar Harian, an arrest warrant was previously issued on Sajat after she had failed to appear for a re-mentioning at the Shah Alam Syariah High Court, for the charge of dressing as a woman at a Yasin recitation and prayer back in February 2018. 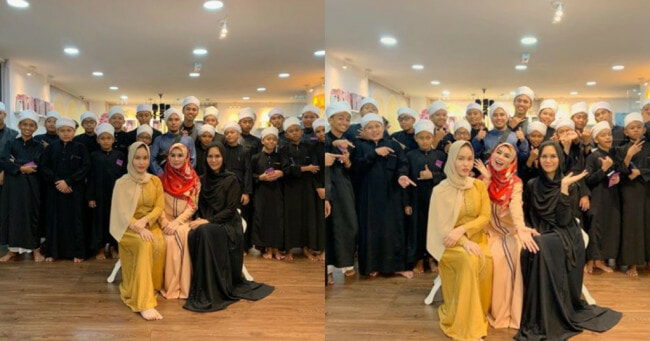 For the act, she was charged under Section 10 (a) of the Syariah Crimes (State of Selangor) Enactment 1995, which if convicted, could mean a fine not exceeding RM5,000 or imprisonment not exceeding three years or a combination of both these consequences.

She then went ‘missing‘, which set off a manhunt for Sajat involving over 100 enforcers of the Selangor Islamic Religious Department (JAIS). She also allegedly received death threats for announcing her exit from Islam.

Hence, when she was found in Thailand, local authorities immediately went into negotiations with the Thai authorities to have Sajat extradited back to Malaysia.

Many are unhappy that Sajat is being treated like a criminal over her choice of attire and gender identity. 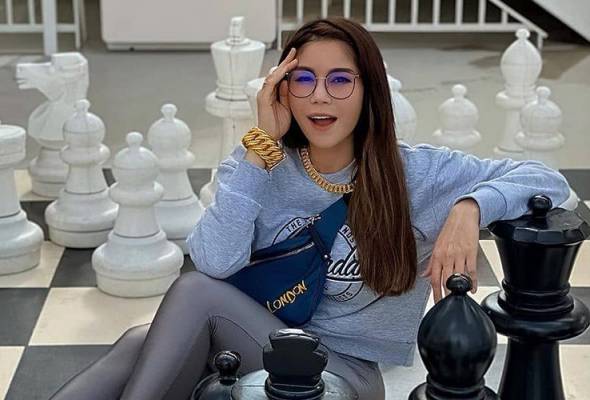 “Please viral these hashtags if you believe that Sajat is being abused and oppressed for choosing to live as a transgender ex-Muslim woman,” shared a netizen.

“How hard is it to mind your own business and not hate-crime someone? Your personal religious beliefs don’t apply to every single person on earth,” echoed another netizen, while some pointed out that Sajat’s choices have never hurt anyone.

“Sajat caused no harm to our country and we should just leave her alone.”

Others also pointed out that they would prefer for the authorities to spend their time and resources in finding Jho Low, instead of wasting it on Sajat.

But, is there more to it than just gender identity?

While reports on Sajat have only showcased the Malaysian authorities interest in bringing her back to face her cross-dressing charges, those who don’t believe in #LeaveSajatAlone have pointed out that she has apparently caused harm to others in the form of scams.

“Sajat wasn’t arrested because of the cross-dressing. She was arrested due to scams, fraud and stolen money, which is why she FLED to Thailand. GET YOUR FACTS RIGHT and STOP PROMOTING HOMOPHOBIA!” one netizen wrote. The first issue brought up, involves Sajat failing to provide stocks to OWA Resources, the former stockist of Sajat’s products, causing them to repay money that had already been taken from registered agents. Based on another report, she was supposed to receive a bankruptcy notice for not paying a fine of RM200,000 to the stockist as she, at that time, had also gone ‘missing’.

The next incident that surfaced involves Sajat being investigated under Section 420 of the Penal Code for fraud after she had been hunted down as a witness to assist with the prosecution in a trial case involving the change of name and gender on an identity card. Sajat has since shared that she allegedly did not attempt to change her gender and name on her IC, adding that she has no need to change her name on her IC when people already know her name through the media.

There are also reports in which she had failed to submit a Goods and Service Tax (GST) return to the Director-General of Malaysian Customs, though she had allegedly already settled the RM2,700 fine issued by the Court.

Despite all of that, a large majority of reports on Sajat being taken into custody in Thailand concluded that the Malaysian authorities want her extradited because of her cross-dressing charges under the Syariah Court, with no mention of her previous offences (as shown above).

Hence, with all that being said, we’ll leave it up to you guys to decide, #LeaveSajatAlone or is there more to this case? 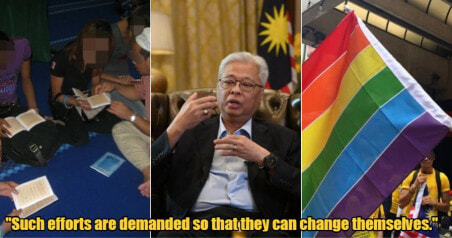