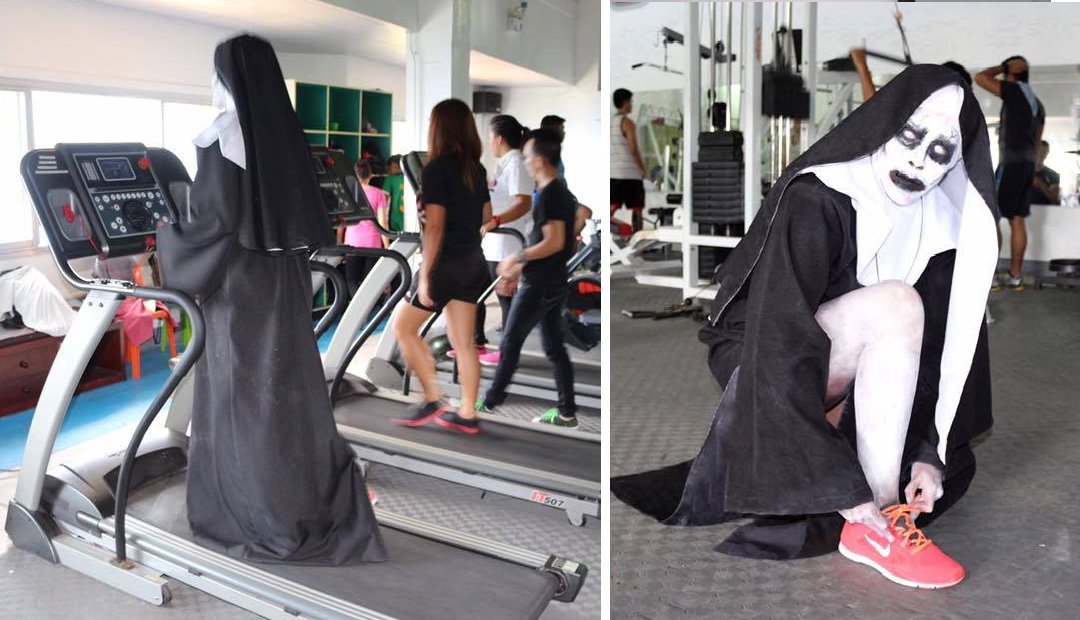 For those who have braved the newly released The Conjuring 2, you would recognize this demon known as Valak. Even if you didn’t catch the scary movie, you’d most likely recognise it from the posters and spoilers you stumble upon. 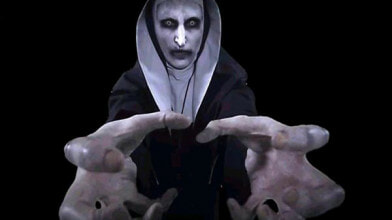 In demonology, Valak is actually a small boy with angel wings and is regarded as the Great President of Hell. He rides on a double-headed dragon and commands 30 legions of demons. Sounds pretty bad ass if you asked me.

But what happens when he’s not leading his demon army? He’d visit planet Earth, apparently Malaysia, and walk off a few pounds. 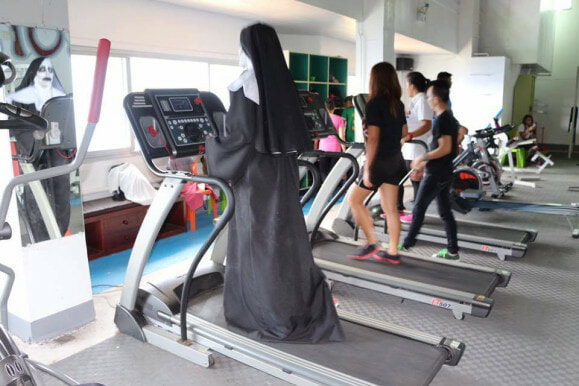 Valak was reportedly spotted at the gym but surprisingly enough, no one around him seem to take notice. Invisibility powers perhaps? 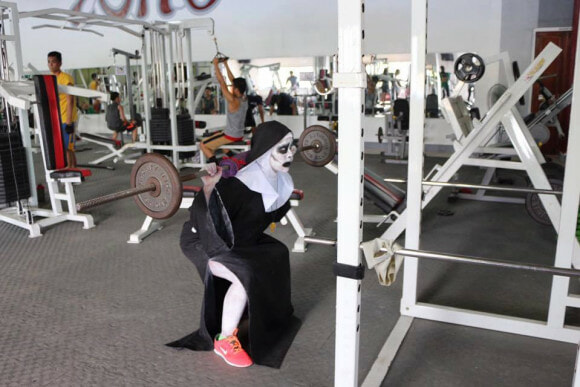 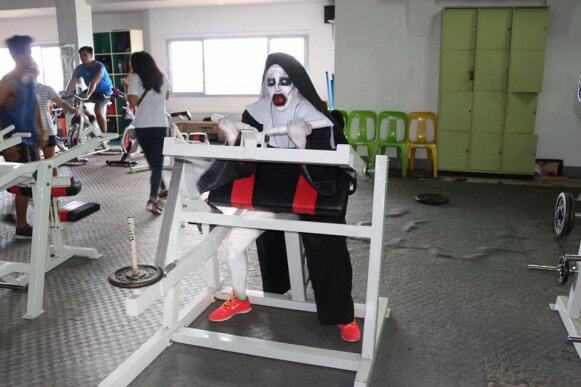 The series of images were shared by a Chinese Facebook page, 笑图俱乐部 with its post captioned, ‘Valak show: Although I am only a ghost, but ensuring a healthy body is still a must!’ 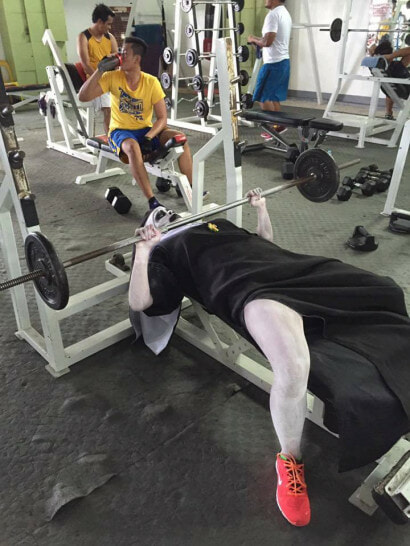 To add humor to the already hilarious sight, our Valak seems to have chosen a sexy robe for that day’s workout; featuring a deep slit up its thigh.

With that being said, our Valak sure does not shy away from showcasing that long white leg, despite some of its ‘bulu’ standing out from the whiteness. 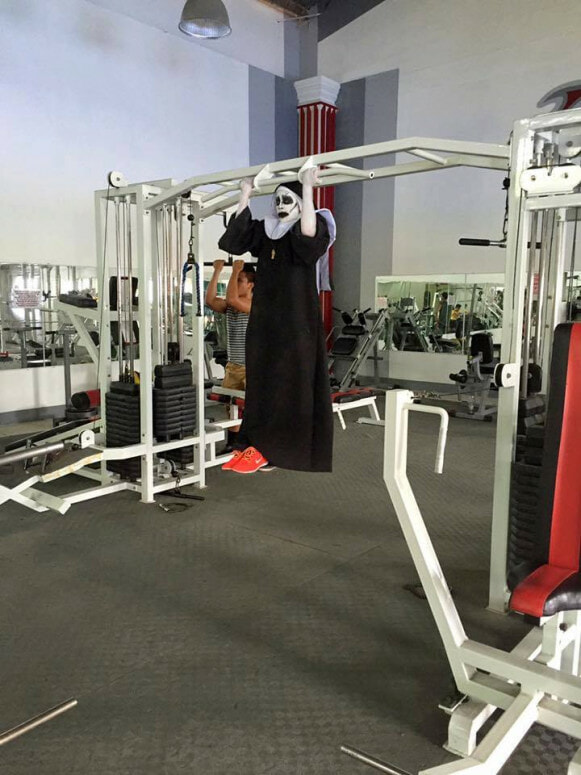 The creatively comical stunt has floored many of its viewers, causing the post to be share more than 5,000 times. Although no one is too sure where this image was taken, some suspected it might be in Malaysia.

The pictures show Valak on the treadmill, lifting weights, on the monkey bars, and so on so forth. Some of the gym goers have also decided to avoid the demon riding next to them.

Damnnnn, just look at him go! 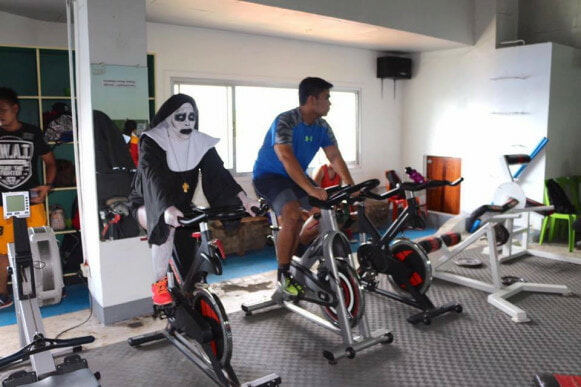 Here’s a final one of Valak in Nike trainers. Of course! Despite just being a Valak, it’s important to have great taste in shoes. Either that or Nike was wise to choose Valak with their sponsorship. 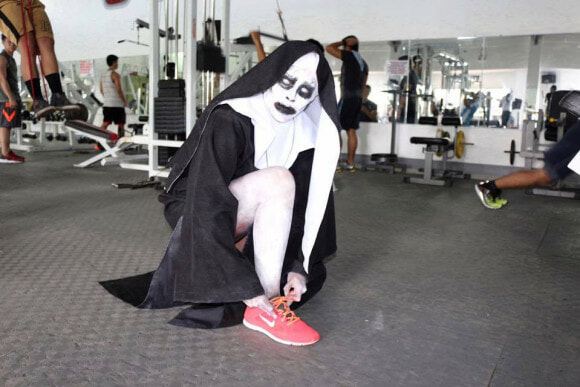