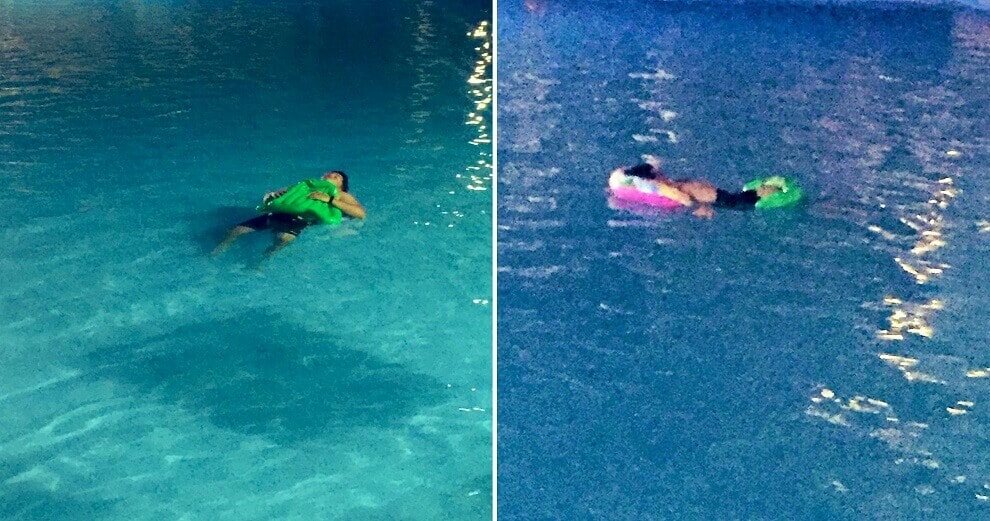 If you ask us, floating around in a swimming pool is one of the best ways to relax. But we’re not so sure about actually falling asleep in a pool!

That’s what one guy named Seth recently did at a hotel in the Philippines, as pictures of him sleeping in his hotel’s swimming pool after a family outing went viral after his cousin, Iris Vicencio, posted them on Twitter. According to Coconuts Manila, Iris’ tweet translates,

“We’re on a family outing and there was no space on the bed, so my drunk cousin put on his trunks and said ‘I will just sleep in the swimming pool’. I thought it was just a joke, but he was serious!” 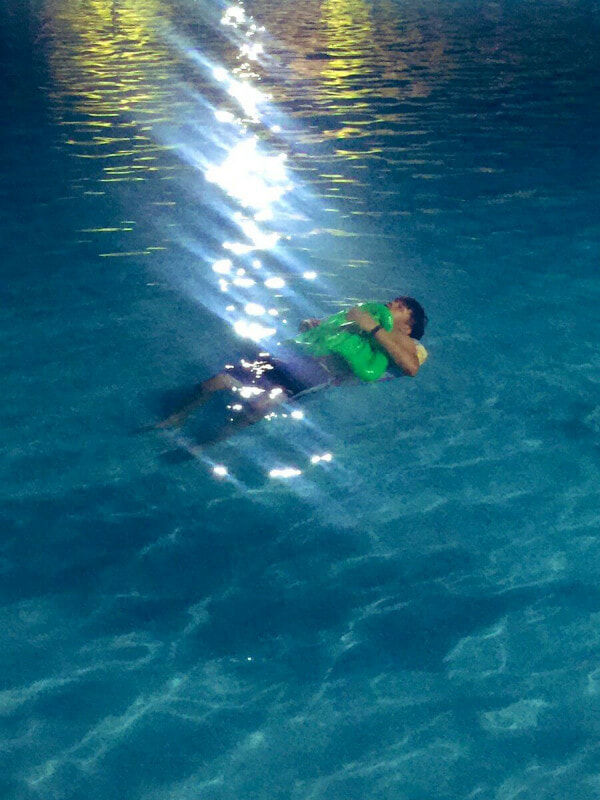 The now-viral photos show Seth lying in the pool with his upper body resting on an inflatable pool toy while holding onto another green inflatable toy.

Initially thinking her cousin was just messing with her, Iris thought nothing much of it and went back into her hotel room. However, her sister went out 20 minutes later and found him still lying in the pool as comfortable as ever! Walao!

I really thought he was fucking with me so I went in the room and MY SISTER WENT OUT 20 MINUTES LATER HE’S STILL THERE SLEEPING AND FLOATING OH MY GOD AHAHHSHSHDHDH HELP THIS BOY pic.twitter.com/V5KNAVBHpi

Speaking to Coconuts, Seth said that he began to fall asleep in the pool at around 11.45pm, saying,

“[But] I woke up at 3am because there were noisy people playing volleyball in the pool, and then I slept again.”

However, he woke up again at around 7am when hotel staff began to clean the pool, which meant that he spent a good 7 hours asleep in the water!

While the tweet quickly blew up, garnering 6,600 retweets in two days, Iris did stress that no one else should attempt what her cousin did, saying,

“It should go without saying that no one should do this too. We didn’t stop my cousin because he’s a really smart guy and always knows what he’s doing, plus he had his friends around him the whole time awake from 1am to 5am, he’s safe and alive.”

Of course, this should go without saying, but please don’t attempt anything like this as it could endanger you and those around you. Stay safe alright, guys? 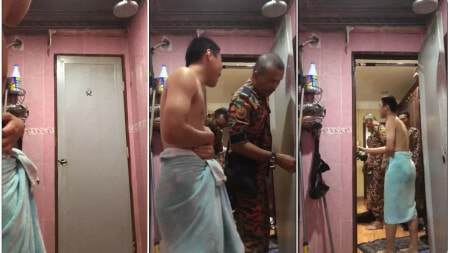