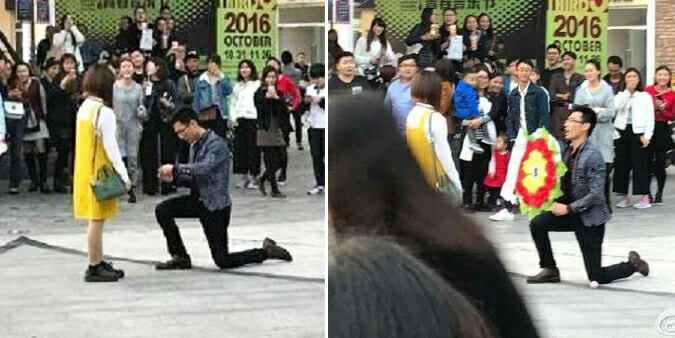 Wedding proposals are sweet, beautiful, lovely, romantic, and most of all, heartfelt. Sadly, a guy in China has truly ruined the beautiful ritual as he proposed to his lady love with flowers that were meant for a funeral!

A few days ago, a hopeful lad had gotten down on one knee to ask for the hand of his love interest. 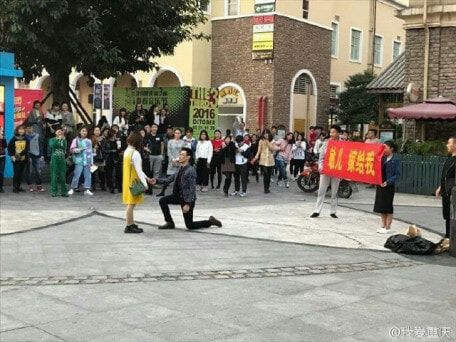 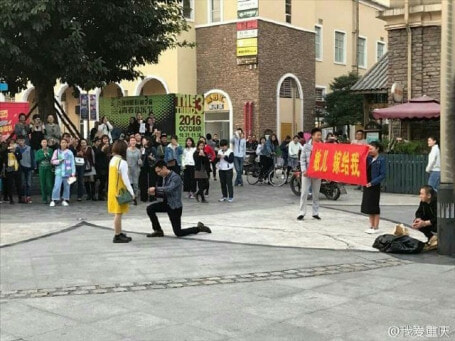 The incident seemed sweet and all, until the flower was brought out! 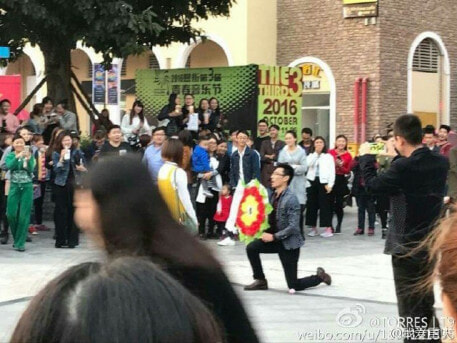 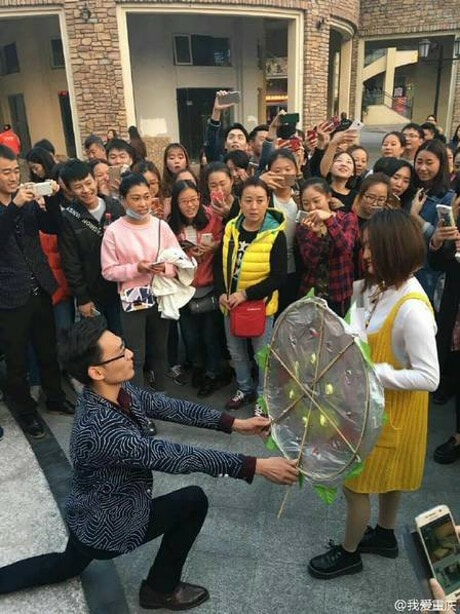 Unimpressed and probably disgusted by the props of his marriage proposal, she turned him down to his face then storms off in anger. I mean, can you blame her? Just look at this thing. 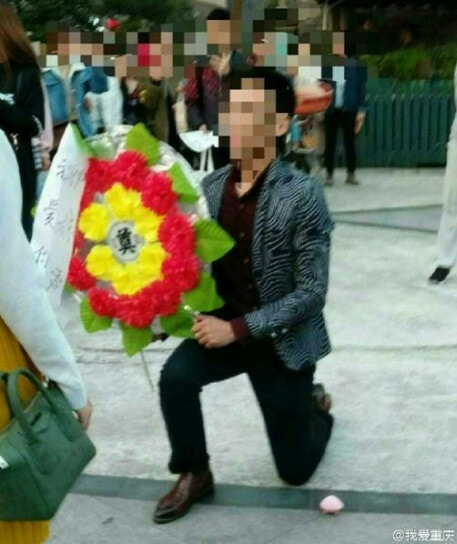 According to the Shanghaiist, students had gathered around the couple with their phones out to capture the special moment. However, no one, not even the internet was prepared for this. 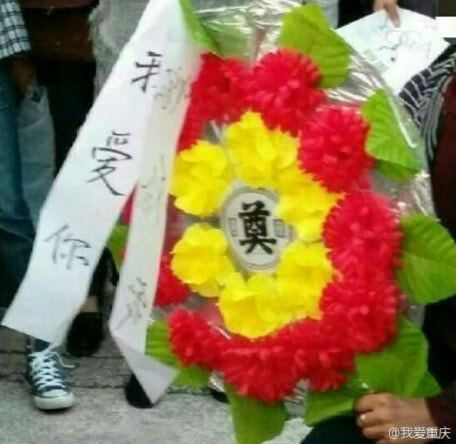 The Chinese character in the meaning is always used during funerals, as it is meant as a tribute to the dead. So imagine everyone’s horror (or amusement) when the bf was proposing with it!

And in this case, mostly to share and laugh at later. Ouch! 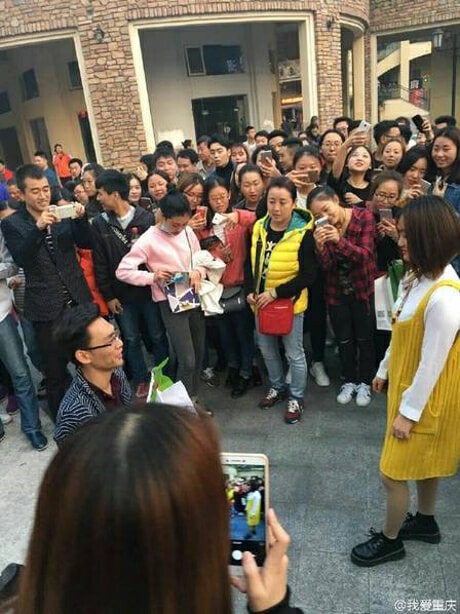 Although, he had intended to impress his lady love with his bold declaration, his execution instead had embarrassed her and caused her to be ridiculed instead. Important lesson here guys, this is a once in a lifetime moment to do it right!

Needless to say, the internet has not been kind to him.

“What was going through his mind??? Did he think that this was special?!” one netizen commented.

“I’m speechless. Just look at his ‘proposal flowers’. It’s like cursing his own gf to die instead of marriage!” another wrote.

We are perplexed as to why he thought it was a good idea either.