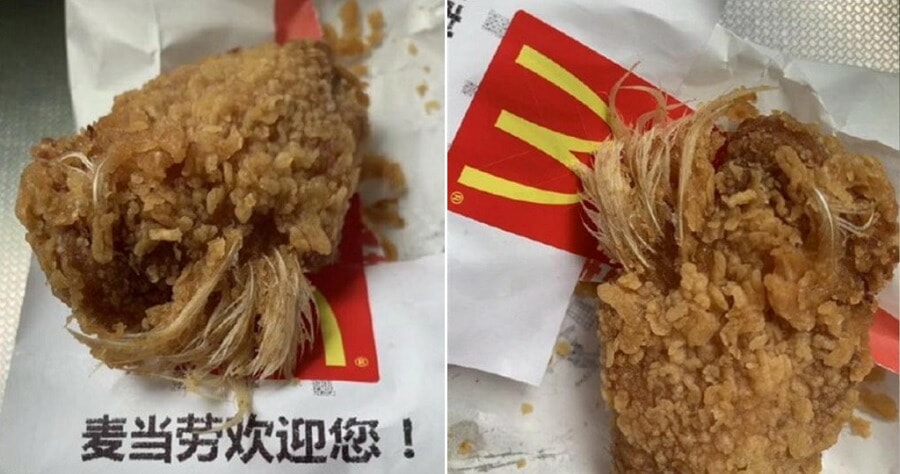 This is definitely something you DON’T want to see in your food! This mother in Beijing got the shock of her life when the chicken wings she ordered from a McDonald’s outlet arrived with the feathers still attached to the poultry. Yuck! 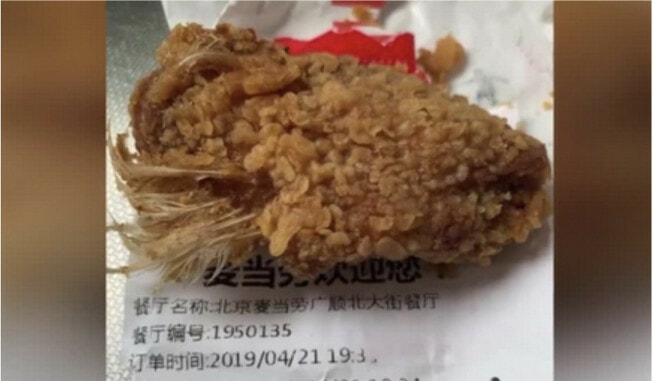 According to South China Morning Post, the woman, surnamed Zhou, said that she had ordered the food for her young daughter and given the chicken wings to her on April 21. Her daughter did not realise anything was amiss and had eaten three fried chicken wings before Zhou noticed that there was something “extra” on the McWings. Zhou said that her daughter had bitten into the wings and gotten choked by a mouthful of feathers, Shanghaiist reports.

“A chicken wing overgrown with feathers was fried and then sold, to be sent straight into a child’s mouth! “My child is now having nightmares, and whenever she eats she retches,” she posted on Chinese social media. She also took photos of the nasty chicken wings and uploaded them. It can be seen clearly that there are quite a lot of feathers on one part of the wings and it’s pretty obvious-looking too. How did it get past QC? 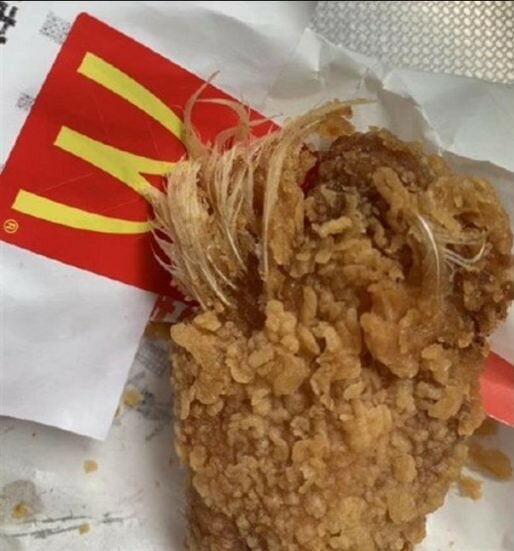 Zhou went to the outlet to complain, and McDonald’s has said that they are prepared to pay her a compensation of 10 times the price of the chicken wings and another 300 yuan (RM184) in meal coupons and cash. However, she refused the offer and proceeded to report the matter to the local food safety administration. Her daughter’s health is not affected but it seems that the girl is traumatised by the experience.

It was reported that McDonald’s China has formally apologised for this matter on their official Weibo account and said that they will investigate this matter. “We express our sincere apologies for the product flaw which was not immediately detected by the restaurant and has caused inconvenience for the customer,” it said.

Oh dear! Hope her daughter will overcome the psychological trauma of eating that chicken! 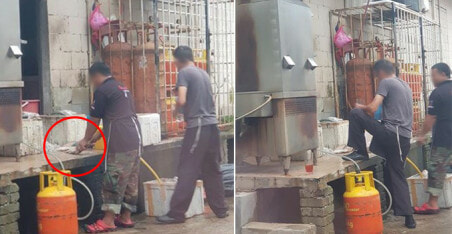