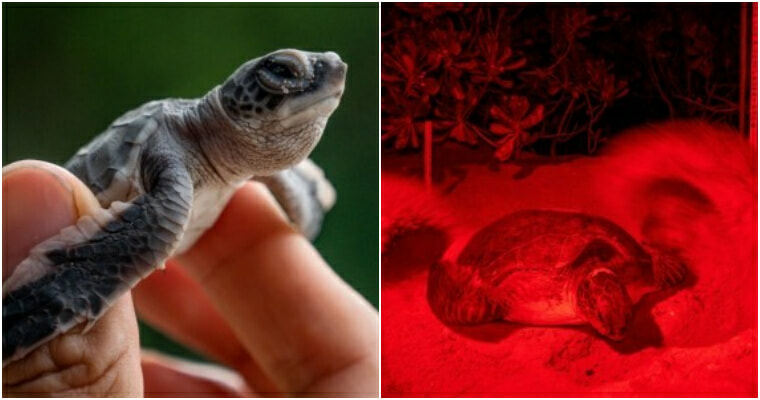 Aziz Mustaffa used to collect turtles’ eggs from a Malaysian beach and sell them. But nowadays, he makes a living as a ranger protecting the creatures’ nesting sites.

His transformation is one success in an uphill struggle to defend the endangered reptiles who swim ashore to the tropical country from the South China Sea to lay their eggs in the sand.

Several species, including Green turtles, Hawksbills and Leatherbacks, nest on Malaysia’s coasts, where the spectacle of babies hatching and scurrying into the sea has long been a major tourist draw.

But their numbers have dwindled dramatically due to worsening maritime pollution, coastal development, and people snatching their eggs, which are a popular local delicacy.

Conservationists have however been making progress. As well as persuading some people like Aziz to change their ways, Terengganu state, a major nesting site, has announced it will ban the trade in eggs.

“The turtles and eggs are our national treasure,” Aziz, 44, told AFP, after watching a group of the reptiles emerge from the sea and lay eggs on a beach on Redang Island, in Terengganu.

“I feel I am their godparent and I want to protect them for future generations. It gives me joy to see the huge turtles returning here to nest.”

The 20-strong group of females came ashore at night, crawling up Chagar Hutang beach, with Aziz watching alongside several other conservationists. 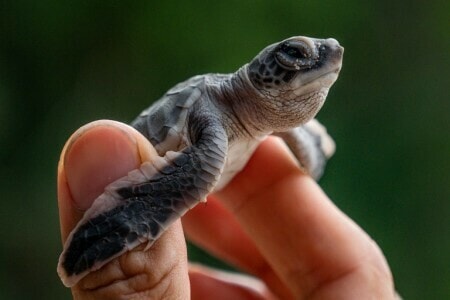 Aziz mustaffa used to collect turtles’ eggs from a malaysian beach and sell them but nowadays, he makes a living as a ranger protecting the creatures’ nesting sites.

They dug holes and laid thousands of eggs, before swimming back into the sea. On the same 350-metre (1,100-foot) beach, one of the busiest nesting sites in Malaysia, baby turtles were hatching and scurrying into the waters.

Humans are far from the only threat they face — monitor lizards eat their eggs, while many are gobbled up by sharks and predatory fish as soon as they make it into the waters.

Aziz, from a poor fishing family on the island, remembers how he used to hide in the bushes by the beach and race out to grab the eggs shortly after they were laid, with brawls often breaking out between rival collectors.

The eggs were then sold to local traders or eaten, and were a key source of protein in limited diets, although that started to change as incomes increased and different food options became available.

At the same time, Aziz realised there were more benefits for the local community in protecting turtle nests than raiding them, as growing numbers of tourists flocked to the island to see the creatures.

“I realised that if these migratory species are protected, the villagers on Redang would be able to sustain their livelihoods,” he said.

So he started working for University Malaysia Terengganu’s turtle research unit to protect the creatures, earning about $400 (approx. RM1700) a month.

He now works with two other rangers and a group of volunteers to safeguard the eggs from poachers and predators like monitor lizards.

“Villagers on Redang Island now enjoy a stable income from tourism as a growing number of people want to watch the Green turtles lay eggs,” he said. 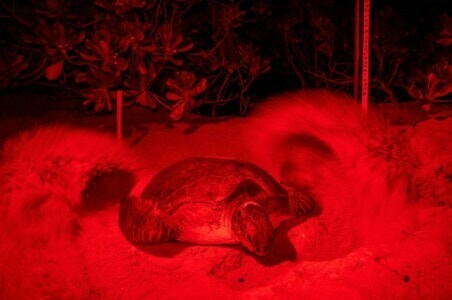 Several species, including green turtles, hawksbills and leatherbacks, nest on malaysia’s coasts, where the spectacle of babies hatching and scurrying into the sea is a major tourist draw.

Mohamad Uzair Rusli, a biologist working on saving sea turtles at the university, agreed that giving locals a way to earn money from looking after the creatures was the best fashion to safeguard their future.

But he warned that without tackling the “voracious appetite” for eggs — considered an aphrodisiac by many — the creatures faced an uncertain future.

Licensed collectors are still allowed to operate in Terengganu, on the northeast coast of peninsular Malaysia, and the sale of most species’ eggs remains legal.

But state authorities have pledged to ban the trade in all turtle eggs by the end of this year, following sustained pressure from conservation groups.

Currently Terengganu only prohibits the trade in eggs of Leatherback turtles, after their numbers fell dramatically, but not other species commonly found in the state. 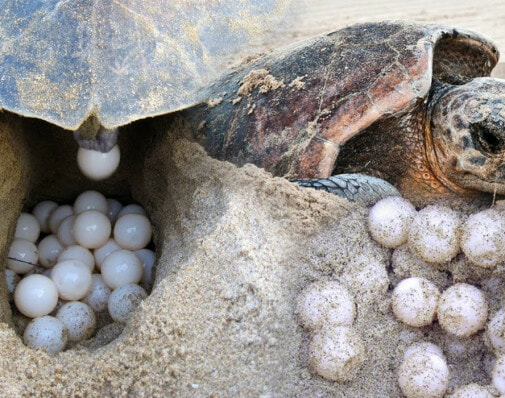 However, changing a centuries-old tradition will be tough.

On a recent visit, eggs were being sold openly at a busy market in state capital Kuala Terengganu, with buyers paying the equivalent of $12 (approx. RM50) for 10.

Trader Nor Jannah said business was brisk, and brushed off suggestions that eating the eggs was a threat to turtles.

“It is impossible turtles will become extinct,” said the 32-year-old. “I have been eating and selling turtle eggs since I was 12.”

Also Read: Turtle Eggs Hatch After Person Buys & Forgets To Eat Them; But Why Are They Still Sold For Consumption?