A 71-year-old woman and her daughter in Daytona Beach, Florida had the shock of their lifetime as they were cruising in a car along the highway; a flying turtle suddenly crashed into the windshield. Say what?!

As reported by Fox News 2, both were inside the car on Florida’s Interstate 95 highway last Wednesday (21 April 2021) when the incident happened. After smashing through the windshield, the turtle’s trajectory was directly towards the 71-year-old who was sitting on the passenger seat. 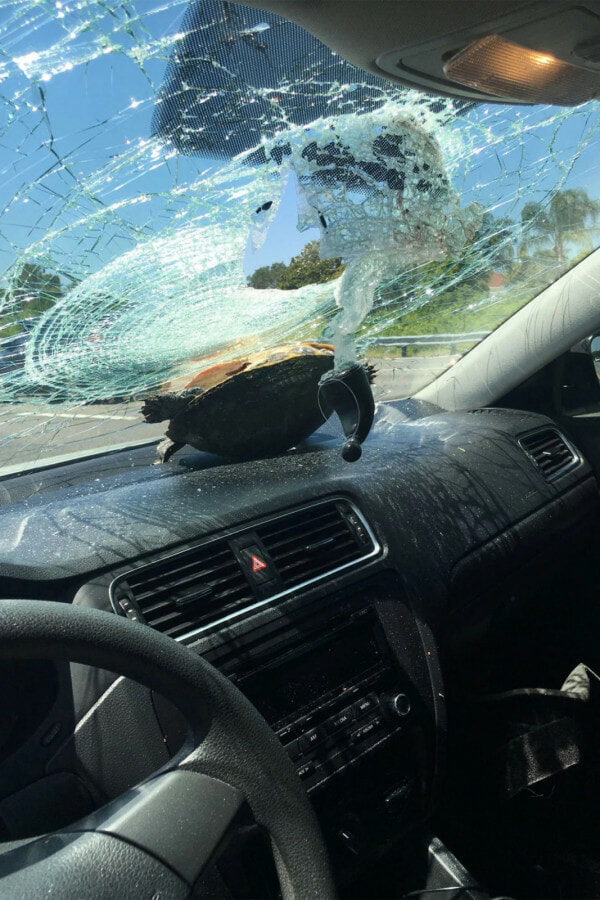 The turtle thus inevitably hit her in the head, causing her to bleed. Thankfully however, the woman was not seriously hurt. As the incident happened, the daughter who was driving the car pulled over and got help from another motorist.

According to the 911 recording of the incident, both the daughter and the helpful motorist were surprised by what they found causing the smashed windshield. “There is a turtle in there,” the man can be overheard saying.

The daughter then exclaimed, ‘A turtle! An actual turtle! I swear to God, this lady has the worst luck of anything,” while referring to her mother.

As for the turtle, it just had a few scratches on its shell and was released back into the wild by the authorities. So how did the turtle go flying and crashing onto a windshield in the first place? 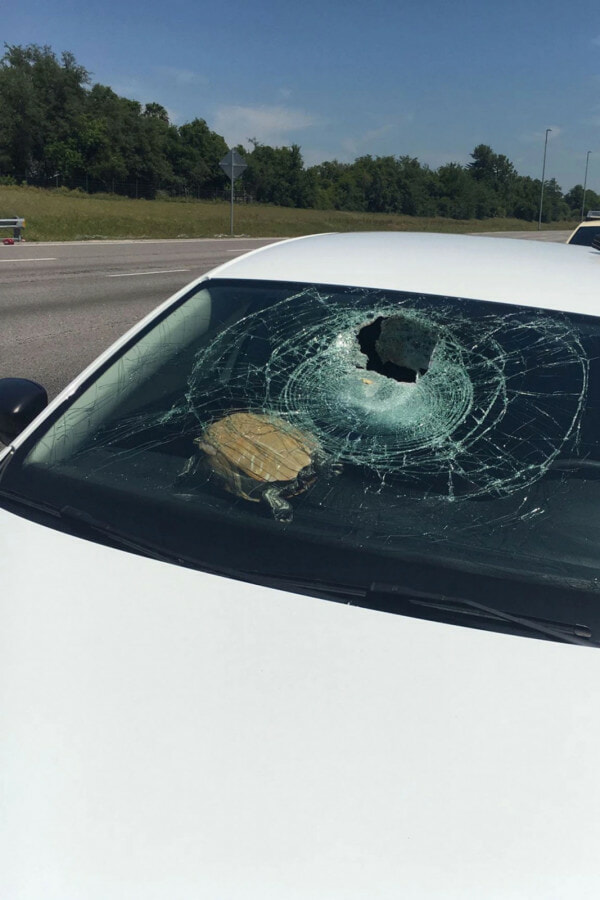 Authorities believe that the little reptile was likely crossing the highway and got knocked in the air by another vehicle. Woah, that must be a scary experience for the turtle!

What do you guys think of the whole incident? Have something similar happened to you? Share your stories with us in the comments. 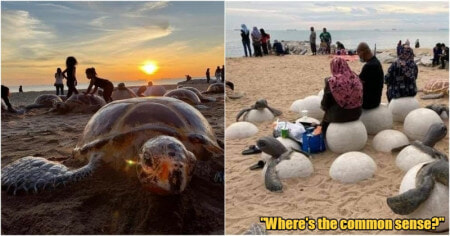