Five young women were honoured with the Singapore Police Force’s Public Spiritedness Award on 7th June 2019 after they aided the local authorities in nabbing a man for “insulting the modesty of a woman”.

Cheong Pei Lin Debbi (23 years old), Hemaa Shruthi Sekar (23 years old), Ng Rui Ashlynna (24 years old) and two of their other friends – Anthea Julia Chua as well as Koh Huishan Deborah – were on their way home from their friend’s party at around 11pm when the incident occurred, CNA reported.

As the girls were walking along Kim Pong Road, they were approached by a middle-aged woman who told them that a man – who masturbated near her – was following her.

However, instead of being afraid of the creep, the brave ladies decided to stall the pervert by pretending to ask for directions while Ng rang up the police. Apparently, the man didn’t show any sign of panic until they followed and cornered him in a multi-storey car park. Then, they waited for the police to arrive at the scene. Wow, these are some badass ladies!

Cheong said that the man became visibly stressed as they cornered him because he repeatedly asked: “What do you want from me?” 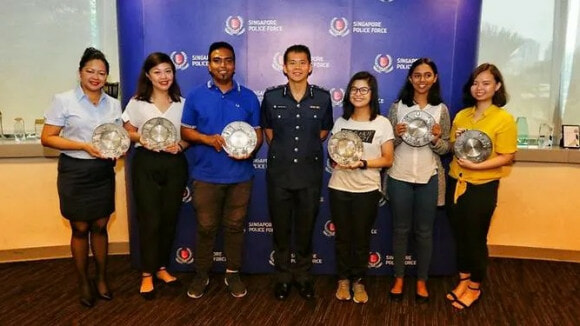 Hemaa, on the other hand, revealed that she wasn’t afraid to face the pervert because she had her friends with her. On top of that, they just wanted to get justice for the poor lady who had been harassed by the scoundrel. Hemaa shared,

“The more we saw him run, the more we wanted to catch him.”

Thankfully, the ladies’ effort didn’t go in vain because the pervert was arrested for public nuisance, and currently, investigations into the matter are taking place.

At the award ceremony, the ladies’ bravery was commended by the police as Assistant Commissioner of Police Gregory Tan, who was quoted as saying,

“The fact that six ladies acted very decisively at that time… I think that’s assuring because as we often say, low crime doesn’t mean no crime.”

“This is an example that even in moments where you don’t think something will happen, you come across someone who is doing an obscene act and we are very thankful that they took that decision to step forward.” 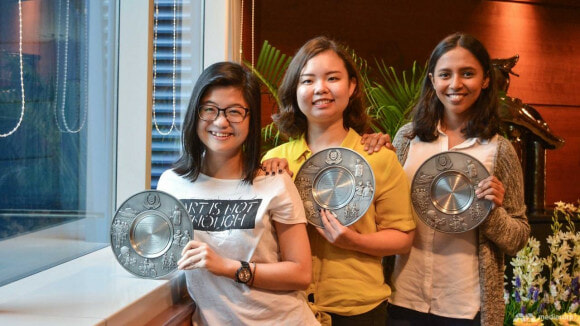 Meanwhile, Ng said that it’s great that they were given an award for their deed, but she reckoned “this is something that everyone should be doing”. She further added,

“If you see someone who needs help, you should help them.”

Truer words have never been spoken!

Having said that, Anthea and Koh, who missed the ceremony, will have their awards sent to them separately. On that note, we congratulate the ladies on their awards, and we hope that they continue to inspire every woman out there to be brave, just like them. 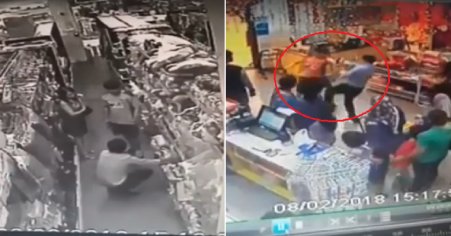