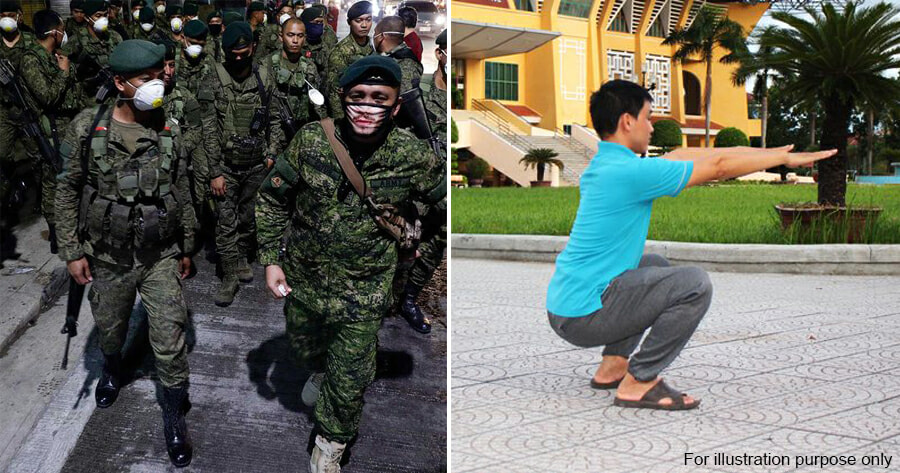 A 28-year-old Filipino man died after he was forced to do 300 squats for breaching a Covid-19 curfew in General Trias, Cavite province, Philippines.

According to The Straits Times, the city is under lockdown due to a rise in Covid-19 cases and a curfew has been imposed from 6pm to 5am.

The victim, Darren Manaog Peñaredondo, went out of his house on 1 April to buy water but was stopped by police and forced to do “pumping exercises” 100 times, reported CNN.

Police then made him repeat the exercises, which means he did a total of about 300 squats. 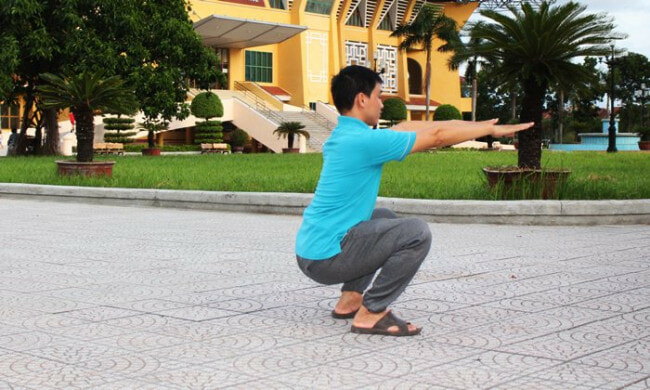 Peñaredondo was allowed to return home but had a convulsion, went into a coma, and died around 10pm the same day.

“He started to convulse on Saturday, but we were able to revive him at home. Then his body failed so we revived him again, but he was already comatose,” his family said.

According to The Straits Times, the police chief of General Trias denied that local policemen were involved in the incident and that they had no record that a Darren Manaog was arrested for violating quarantine orders.

“Upon our investigation, we found out that one Darren Penaredondo was arrested not by policemen, but by barangay tanod (watchmen) in Barangay Tejero on Thursday night,” he said, adding that the police would investigate the claim. 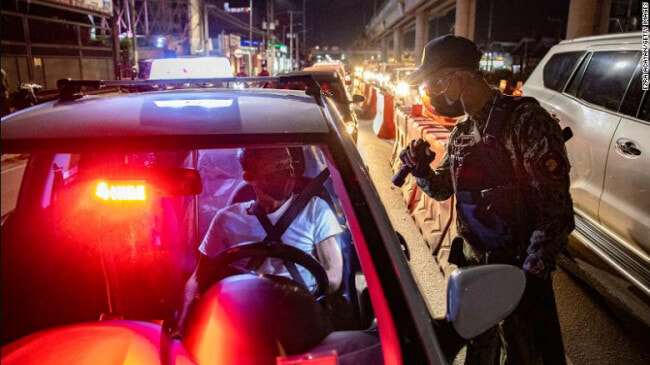 A police officer inspects motorists at a quarantine checkpoint on march 29, 2021 in marikina, metro manila, philippines.

Meanwhile, the undersecretary of the Department of the Interior and Local Government said,

“All police officers who will be proven to have violated the law will be prosecuted and meted with appropriate (administrative) and criminal penalties.”

Also read: M’sian Who Lied To Boss About Covid-19 Report To Quit Her Job Has Been Arrested 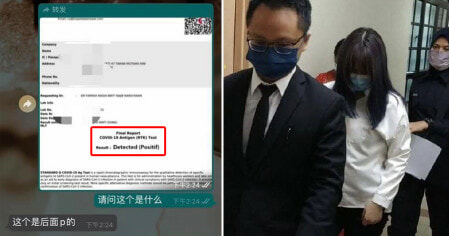