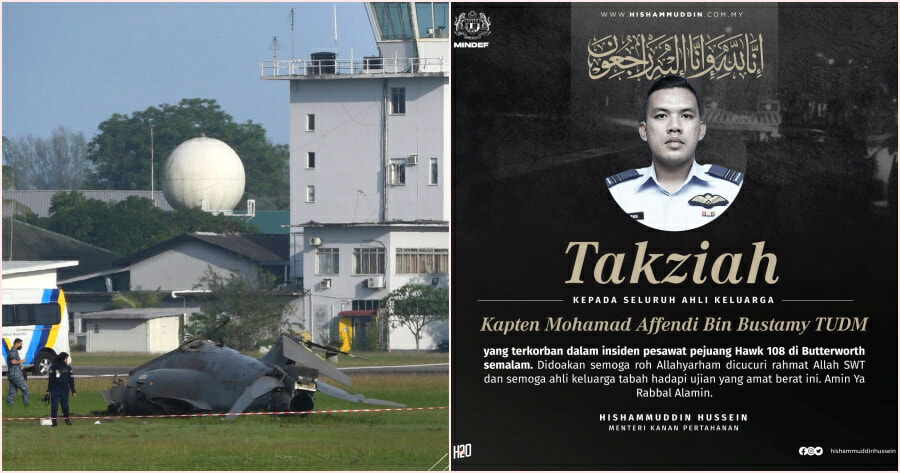 Last night (16 November) it was reported that an accident involving a Hawk aircraft at the Royal Malaysian Air Force (RMAF) Air Base in Butterworth, Penang had occurred.

The pilot of the aircraft was killed and another was injured. In a statement, RMAF said that the incident happened at around 10.07pm on the runway, while the Hawk 108 fighter jet was conducting night flying training. 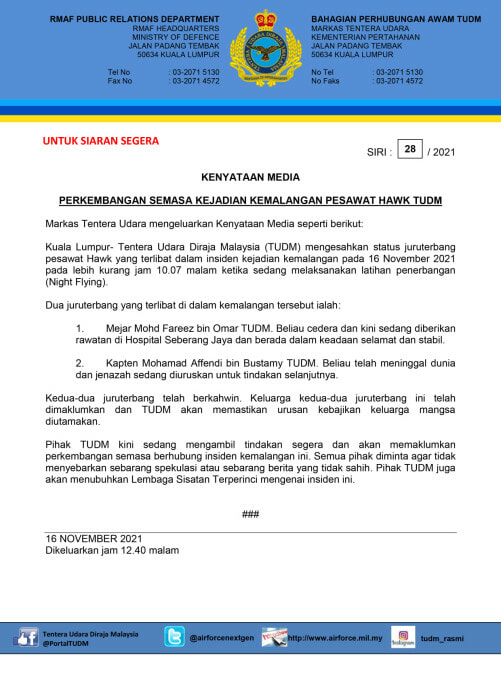 The statement also identifies the two that were involved in the accident. It identified the deceased as Capt Mohamad Affendi Bustamy and the injured pilot as Major Mohd Fareez Omar who is in stable condition and being treated at the Seberang Jaya Hospital in Penang.

“Both pilots were married and their families have been informed of the incident, and RMAF would ensure the welfare of the victims’ families would be given due attention.”

“All parties should refrain from spreading any unverified news or speculations. RMAF will be setting up an Investigation Board on the incident,” the statement said. 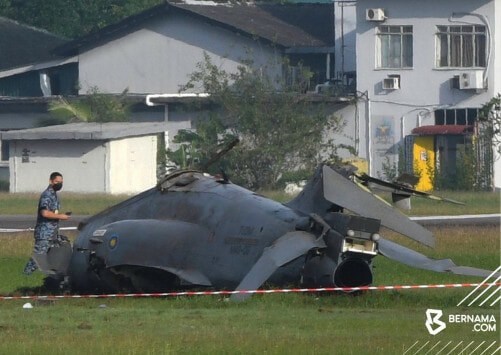 “The RMAF has been instructed to immediately provide a more detailed report and investigate the cause of the incident. Condolences to the families of the RMAF members who died and another who was injured,” he added.

“The Malaysian Ministry of Defense has been instructed to channel any needs to the families of the two members involved,” he said.

In a later post, Hishammuddin offered his sincerest condolences towards the entire family members of RMAF Captain Mohamad Affendi Bin Bustamy who was killed in the Hawk 108 fighter plane incident. 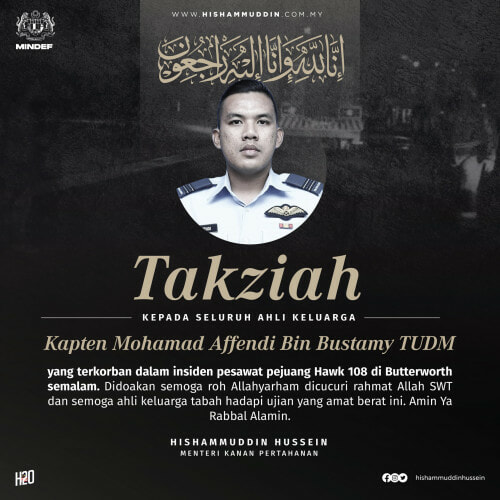 “I pray that the soul of the deceased is showered with the blessings of Allah and that the family members persevere in facing this very difficult test.”

We would like to offer our condolences to the family of the deceased pilot. Hopefully, a thorough investigation will discover the cause of the tragedy. 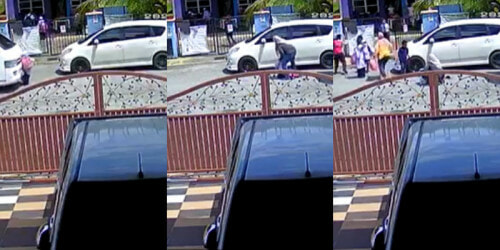