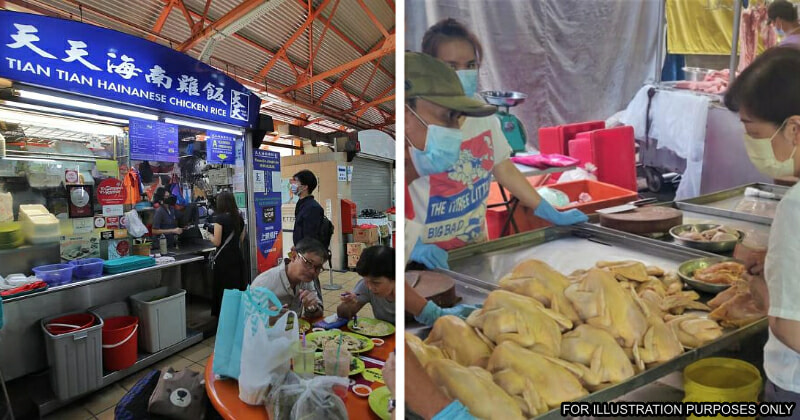 Tian Tian Hainanese Chicken Rice, a famous chicken rice eatery in Singapore has announced that it will stop serving chicken dishes following the decision by the Malaysian government to ban export of chicken starting from 1 June 2022. The eatery, which has three branches in the country said that they get their chicken supply entirely from Malaysia and will stop selling chicken rice – the very name of the eatery – if they can’t find an alternative supplier.

As reported by The Straits Times, the eatery’s founder, 73-year-old Foo Kui Lian said that they will be bringing back dishes like fried tofu, fried pork chop and prawn salad for the time being. Foo also stressed that he will not be using frozen chicken as the eatery is well-known for using fresh chicken. 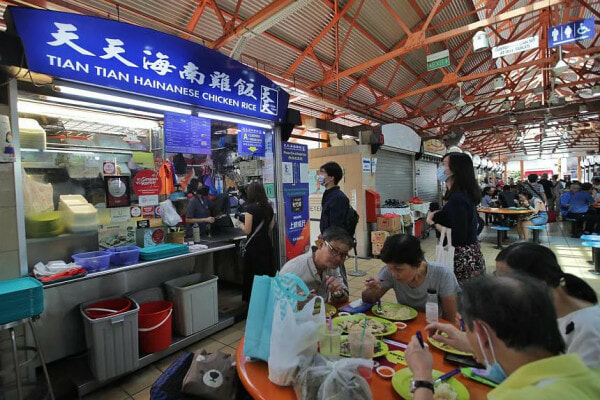 Tian Tian Hainanese Chicken Rice has branches in Maxwell Food Centre, Clementi as well as Bedok and is frequently featured on food publications’ lists of the best chicken rice shops in Singapore. However, due to the chicken export ban by Malaysia, the business will most likely take a financial hit. A similar conundrum is also being experienced by other eateries throughout Singapore.

Previously, the Agriculture and Food Industries Minister of Malaysia, Datuk Seri Dr Ronald Kiandee said that the ban on chicken exports starting this 1 June 2022 will be imposed indefinitely until domestic supply stabilises. As reported by NST, the ban involves up to 3.6 million live chickens every month to countries including Singapore, Thailand and Pakistan. This move was in response to the the shortage of supply in the local market which made chicken prices skyrocket.

What do you guys think of the whole poultry industry situation in Malaysia? Share your thoughts with us in the comments.

Also read: Prices of Necessities May Increase by up to 60% Next Month 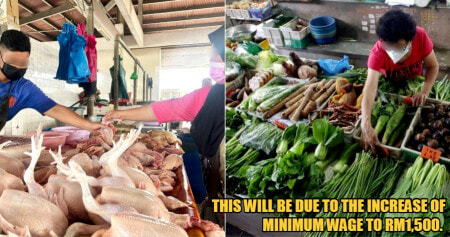