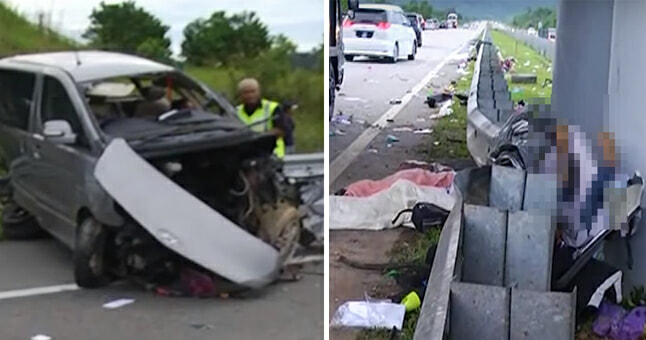 The pain of losing a family member can be unbearable. In a turn of unfortunate events, a man has to go through that pain after losing 6 family members in a tragic accident.

“Sorry, sorry. I am so so sorry,” said Ahmad Nasal Abd Rahman from his hospital bed.

The distraught man who could not forgive himself was reduced to tears, reports the Star.

Ahmad Nasal was the driver that day when the MPV went out of control. He was heard uttering for forgiveness for having been the cause of the accident.

“He just kept on crying and said I am sorry, I am sorry and said he could not bring himself to see his dead family members,” Mahani’s brother-in-law said. 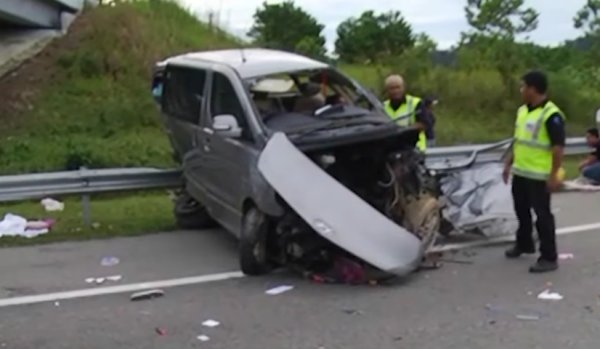 What was supposedly a family trip turned into a tragedy for the 52-year old teacher when his MPV spun out of control and rammed into the pillar of an overhead bridge.

The two families (10 people) in the MPV were on their way to Kuala Terengganu from Shah Alam when the front left tyre blew.

As a result, the MPV hit the road divider before spinning out of control at least 3 times and rammed into the pillar structure of the bridge near the Chukai toll exit of the East Coast Expressway. 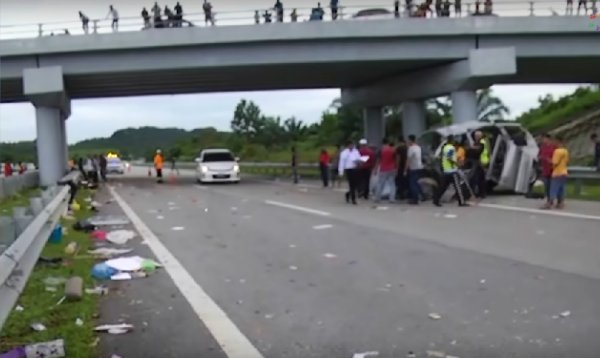 The brutal impact had sent some of the victims flying out of the car, according to eye-witness Siti Nazirah whom was driving close to the MPV before the tragedy occurred. 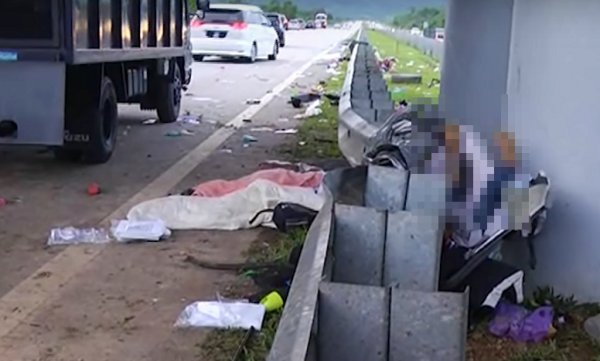 Ahmad Nasal suffered light injuries while his 3 other children were severely injured. They were sent to Kemaman Hospital and later transferred to Sultanah Nur Zahirah Hospital in Kuala Terengganu.

“My entire world collapsed upon hearing the news. But what can we do if this is what fate has determined.”

Omar said that he saw the tragedy on television on Sunday night. But little did he know that his loved ones were involved in the accident. 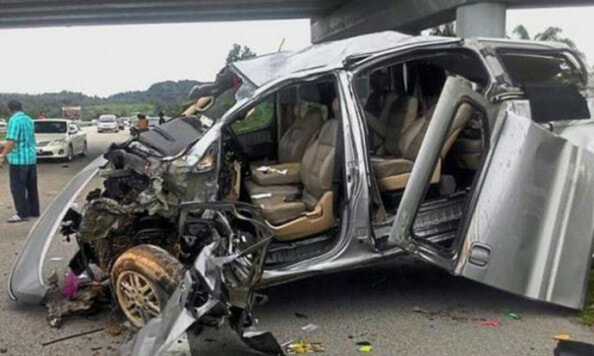 “It did not cross my mind at all that the accident actually involved my daughter, grandchildren and other family members. It was about 15 minutes later when a relative came over to our house to inform us about what had happened,” said Omar.

In the last conversation between Omar and his daughter, she told Omar that she will be arriving on Monday or Tuesday after attending an event in Shah Alam.

“I never ever imagined that she would arrive wrapped in the shroud,” he said. 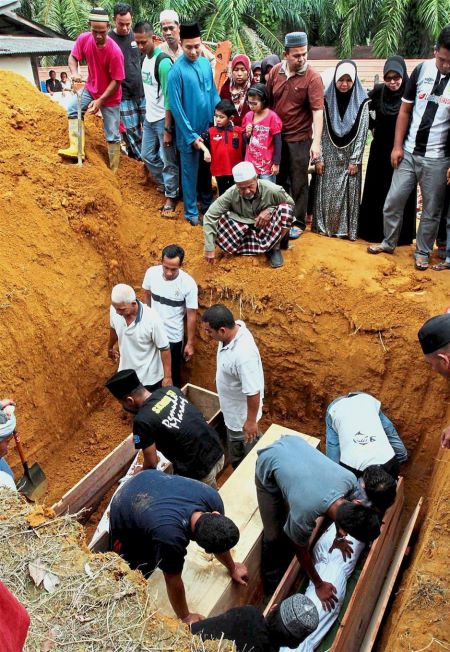 Yesterday, the remains of Mahani and her two children – Quratulnisa and Ahmad Nijat – were laid to rest at Kampung Durian Guling Muslim Cemetery. Meanwhile, Ahmad Razi, his wife Pauziyah and their granddaughter Sofea were laid to rest at Section 21, Shah Alam Muslim cemetery.

The team at World Of Buzz would like to extend our condolences to the victim’s family and a speedy recovery for Ahmad Nasal and his children at the hospital.