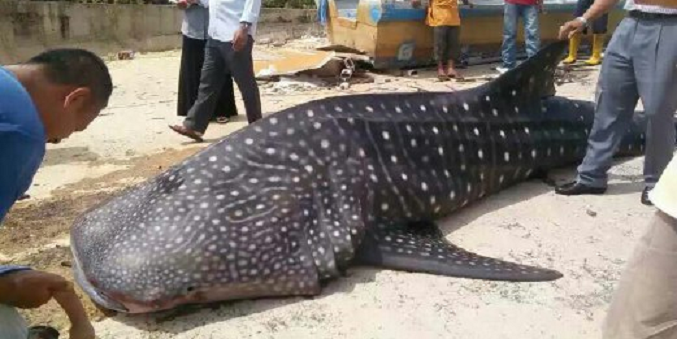 With recent climate changes and global warming, widespread and consequential harm has been done to wildlife globally. Animals have been appearing at the strangest places and recently another one of these similar stories surfaced.

A whale shark was found in a river in Malacca! 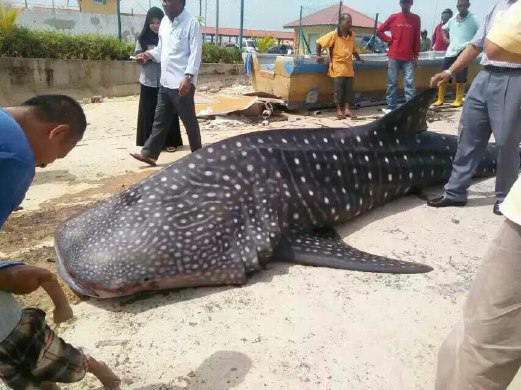 A few fishermen have allegedly found a whale shark in a river near Sungai Duyung jetty in Malacca. One might wonder, “How in the world did a sea creature THIS BIG, turn up in a river?!”

Contrary to what many believed, while whale sharks reside in the open sea, they don’t actually go to deep scary areas. They would often live in tropical or warmer parts of the ocean, which explains why they would appear in the waters surrounding Malaysia.

Despite viral videos and photos of this whale shark’s unexpected appearance close to the shore of a river, it in fact got trapped and caught in a fishing net 12km from the coast. This could potentially mean that it was caught further out in deep sea and brought back to the shore by the fisherman! 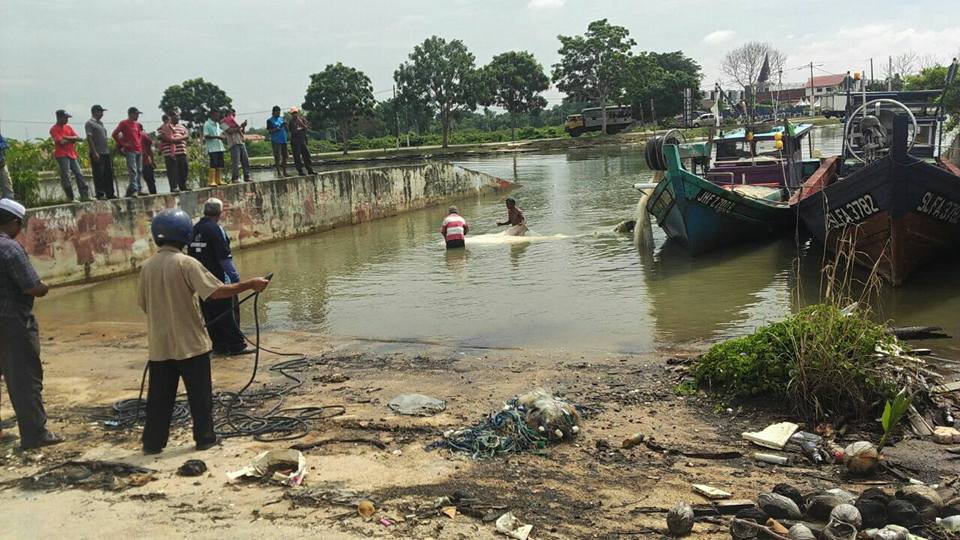 An expert mentioned that “When great white sharks and other pelagic or open ocean sharks do get “beached”, they’re usually inexperienced juveniles.”

One can therefore assume that this whale shark  that appeared in Malacca is only of a ‘kid’, because whale sharks can get really, REALLY BIG. The biggest one ever recorded was reported to be of 12m long (about the size of a bus). They are actually fairly rare and ENDANGERED. 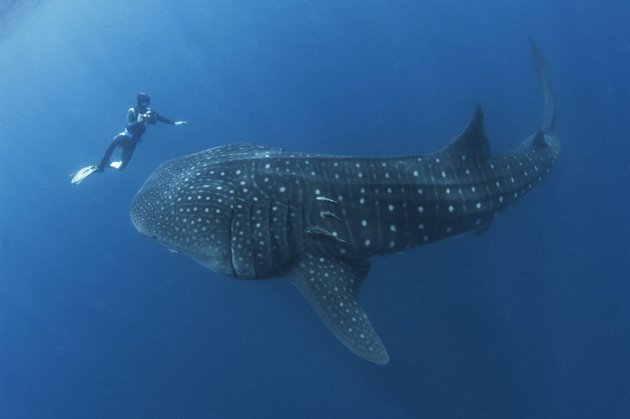 As for this poor whale shark that was seen in Malacca, it was reported that it suffered from minor tail injuries but was barely alive when the State Fisheries Department arrived at the scene. Apparently, the local fishermen had tried to release it but failed to do so due to its massive size and weight; they decided to wait for help to come instead.

To everyone’s relief and all the efforts from fellow Malaysians, the whale shark was finally set free 2km from the mouth of the river after approximately 12 hours, with the help of the State Fisheries Department, the local police and fishermen. 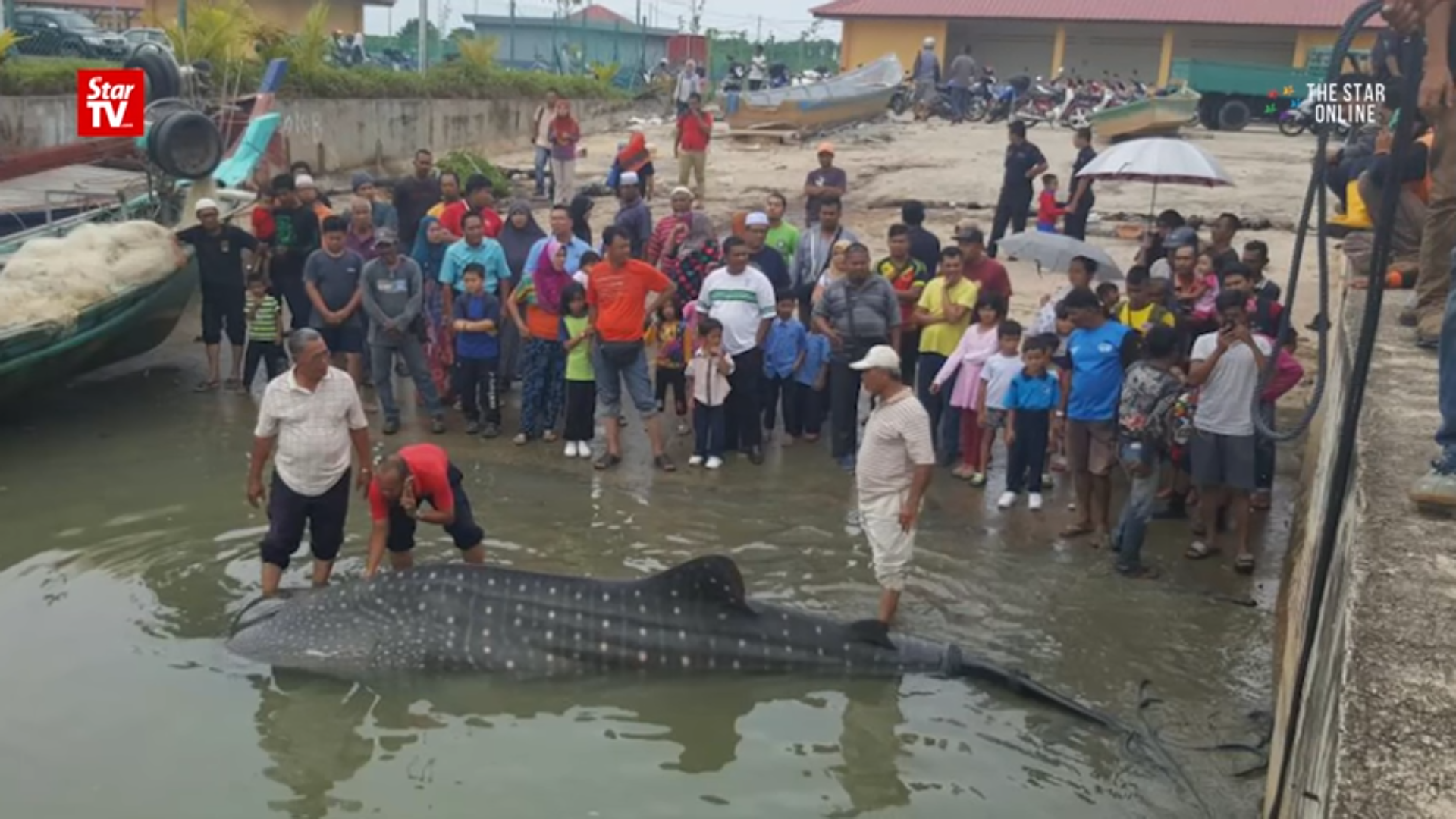 This ‘unexpected guest’ appearance has certainly left people relatively surprised and amused at the same time.