The United States moved to impose sanctions on Russian elites and banks, but stressed that US forces would not head to eastern Europe to fight in Ukraine, but would instead defend “every inch” of NATO territory.

Ukraine President, Volodymyr Zelensky, said there was now a “new iron curtain” between Russia and the rest of the world, like in the Cold War, adding in a later speech that his nation had been “left alone”. 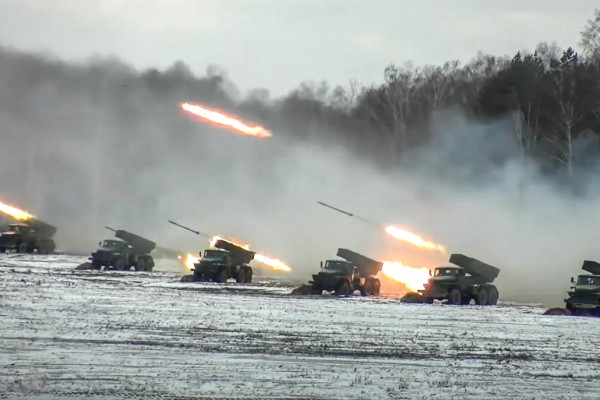 “Who is ready to fight alongside us? I don’t see anyone.”

Witnesses told AFP that Russians paratroopers wrestled control of the strategic Gostomel airfield, on the northwestern outskirts of Kyiv, after they came swooping in with helicopters and jets.

“The helicopters came in and then the battles started. They were firing machine guns, grenade launchers,” resident Sergiy Storozhuk. 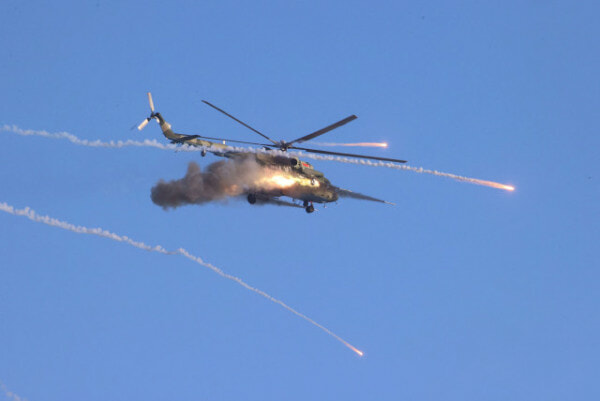 Elsewhere, Russian ground forces moved into Ukraine from the north, south and east, forcing many Ukrainians to flee their homes as the sound of bombing reverberated.

Olena Kurilo was among the 20 people wounded by flying shards of glass following a blast in the eastern Ukrainian town of Chuguiv.

“Never, under any conditions will I submit to Putin. It is better to die,” the 52-year-old teacher said, her face covered in bandages.

Meanwhile, Moscow’s defence minister said its forced had “successfully completed” their objective for the day, earlier claiming to have destroyed over 70 Ukrainian military targets, including 11 airfields.

Weeks of diplomacy failed to deter Putin, who massed over 150,000 troops on Ukraine’s borders in what the West said was Europe’s biggest military build-up since World War II.

Also read: “Situation is horrible” – By Car & By Foot, Ukraine Refugees Are Escaping The Country In Any Way They Can 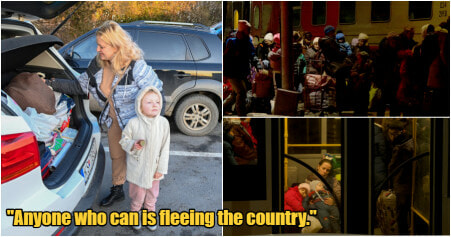